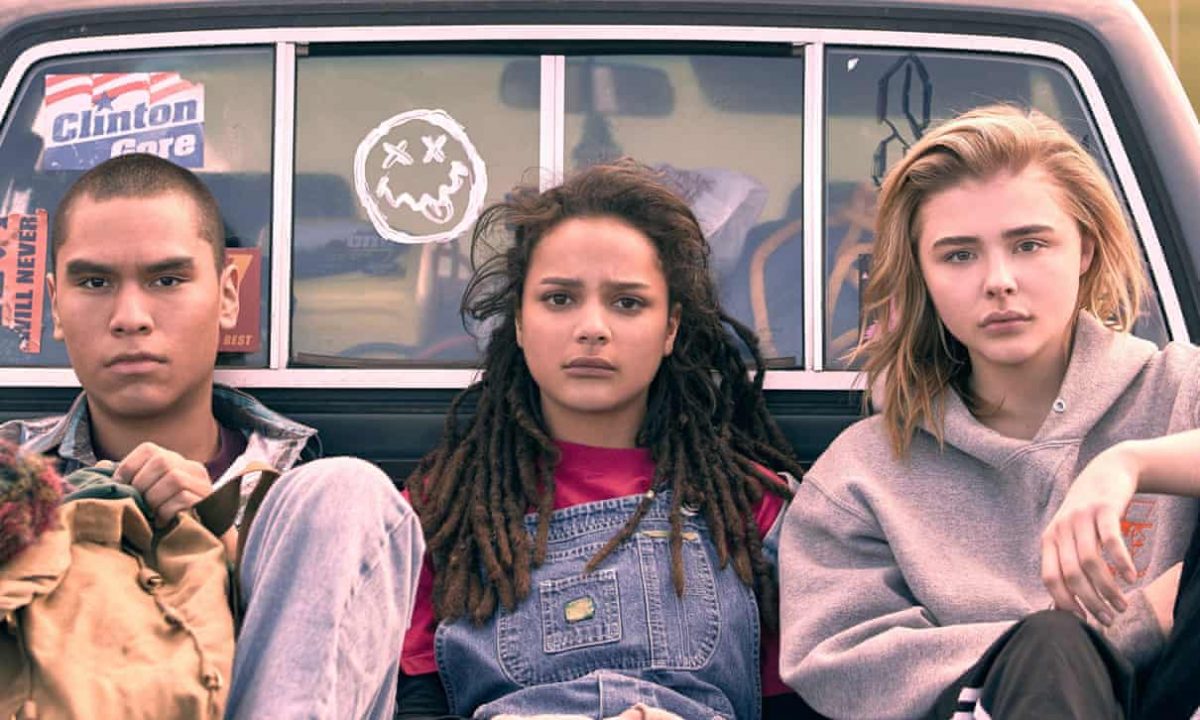 I first saw The Miseducation of Cameron Post – a film about a same-sex-attracted (SSA) teenager sent to a Christian facility to ‘reorient’ her sexuality – in August 2018, though I didn’t think much of it at the time. It was technically part of a job, just necessary research so I could edit the reviews penned by emerging writers I was mentoring.

That changed after I watched Joel Edgerton’s Boy Erased, also about a teen enlisted into a Christian SSA-eradication program, a few months later. From then on, I couldn’t get either out of my head.

My heart was in tatters knowing not only that the latter was based on a true story but that the practice of gay conversion therapy depicted in both films remains alive and well. A damning state of affairs, given that some victims of this reprehensible ‘solution’ are themselves not able to remain alive and well.

On 20 May – three days after IDAHOBIT 2020 – Pedestrian reported that an RMIT social sciences lecturer and a Western Sydney University paediatrics professor were slated to speak at a forum challenging the Victorian Government’s proposed ban on gay conversion therapy. The event, unsurprisingly, was hosted by the Australian Christian Lobby.

By 25 May, an open letter signed by over 130 Australian academics had surfaced, calling for an end to “discriminatory and harmful practices directed at changing a person’s gender identity or sexuality”, which are “widely discredited”.

‘Widely discredited’ is beyond apt for describing this practice, which has debilitating lifelong effects, including depression and anxiety, suicidal ideation and attempts, diminished education and employment, and drug dependency.

Yet it continues to exist within the bounds of the law in various forms (talk therapy, electric-shock therapy, forced starvations, even ‘corrective’ rape) in at least 80 countries, with varying degrees of visibility. It persists not just in places you might expect – developing countries like Indonesia, Nigeria and several South American nations, say – but even in more developed, ‘liberal’ societies like the UK.

Of course, cultural and religious nuances must be accounted for when discussing this global human-rights issue. It would be reductive to simply demand that all nations play ‘catch-up’ without recourse to their distinct histories.

Nevertheless, what the practice’s multiple manifestations share are a binary, heteronormative conception of gender and sexuality, and a belief that deviations from it are ‘fixable’ through questionable medical-adjacent means. This double-edged stance prioritises principles over real people to such an extent that it leads to literal dehumanisation.

Since I couldn’t extract the two films from my mind, anyway, I took it upon myself to write about them. The resulting essay – published in Screen Education in June 2019 – investigated the impacts of gay conversion therapy on mental health and productivity; how extensive the practice is; what steps governments are taking to eradicate it; and what we, as individuals, can do to help.

The topic is, incidentally, one inextricably entwined with my own life. Like Cameron and Jared from the films, I too am SSA, and my parents similarly enlisted me into a Church-facilitated program over several months to address my ‘problem’.

Once a week, after the exuberant songs and dances and ‘speaking in tongues’ of my Catholic youth group, a smaller cohort would be pulled aside by a trio of ‘big brothers’ – likely in their 20s or 30s, and definitely not qualified priests – for an extended session. My cohort and I would then be asked to detail our most private thoughts and recent sex-related deeds as an act of public ‘confession’.

These types of activities – also depicted in Cameron Post and Boy Erased – mirror those implemented in addiction-recovery programs like Alcoholics Anonymous. The premise is that, through talk-based catharsis and group-based accountability, the individual is forced to rectify their problematic urges and behaviours.

Unlike those recovery programs’ adult participants, who wilfully attend meetings, I was 13 at the time. I was vulnerable, and just wanted to snuff out my parents’ whispers that there was something wrong with me.

Tried as I might, I couldn’t stop playing with myself or messing around with a friend who later came out as bisexual. And, each meeting, I found myself consumed by failure and shame, to the point that I began lying to my assigned ‘big brother’. This made me feel even dirtier.

While my experience was not quite as harrowing as Cameron’s and Jared’s – I wasn’t barred from contacting family, and I didn’t face the threat of waterboarding – the reverberations of those ‘meetings’ have haunted me, like when I attempted to subdue my queerness in my early 20s, or in quiet moments when I sit by the end of the bed after an intimate night, vacillating wildly between sex-positivity and a sense of revulsion from a stranger’s touch.

By now, certainly, I’ve found strength in my queer identity. And, as I wrote in my contribution to Growing Up Queer in Australia, my parents – who, I know, were just doing what they thought was best – have developed, if not “a full-fledged embrace”, then “a respect for my assuredness in owning who I am and my ardent advocacy for others to be able to do the same”.

But I know many others continue to struggle. I hope my ongoing work in this space provides a conduit, however humble, for greater public understanding of these big, tough issues.

Since the publication of my Screen Education essay, progress has been made in Victoria’s provisional legislation against the practice – a consultative report is in process – while Queensland’s bill criminalising the practice, first tabled in November, was presented to parliament in February.

In the USA, Virginia became the twentieth state to outlaw the practice in March. Canada, Chile and Mexico are lobbying to join Ecuador, Brazil, Taiwan and Malta as the only countries so far with nationwide bans, while, in May, Germany and Albania ratified laws prohibiting the therapy from being undertaken on young people.

And yet our battle rages on. In Iran, the practice endures, and in an especially destructive form. Instead of seeking to ‘turn’ SSA individuals straight, the country – where homosexuality is illegal but being transgender isn’t – pressures cisgender homosexuals into undergoing gender transition. Because this means they’re now attracted to the ‘opposite’ sex, the state deems their orientation to have been ‘corrected’.

What underlies all of these cases, including my own, is the belief that there is something fundamentally wrong in a SSA person. But it’s not these already-vulnerable individuals who must change; it’s the intolerant societies of which they are part.

Adolfo Aranjuez is an editor, writer, speaker and dancer. He is currently the Melbourne International Film Festival’s publications and content coordinator, and Liminal’s publication editor; he previously edited Archer and Metro. His essays and poetry have appeared in Meanjin, Right Now, Screen Education, The Manila Review, Cordite and elsewhere.

For Australian readers, The Miseducation of Cameron Post is currently available to stream on Netflix, and both titles can be rented/purchased via Google Play.

Queer and religious freedoms can co-exist
By Christy Newman, Sujith Kumar Prankumar and Siobhan Irving
Rural and queer: Coming out in the countryside
By Frazer MacDonald
Mixed race and bi: Carving the self into liminal space
By Kim Koelmeyer
Homosexuality and the church: An excerpt from ‘A Life of Unlearning’
By Anthony Venn-Brown
“There are no homosexuals in Afghanistan”: Perspectives on queerness from my Father
By Bobuq Sayed
Religion, sex and polyamory: A cross to bear
By Rochelle Siemienowicz
Judaism, queerness and pushing past the binary
By Alice Chipkin
‘I Luv U But’: Being Arab and queer
By Archer Magazine