Sexual assault and the dismissal of queer identity 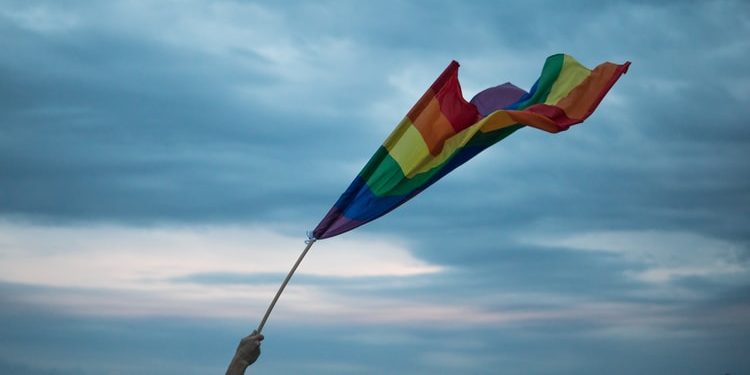 As a young teenager, I knew my queerness. It was as real to me as the floor beneath my feet, and the freckles spotted across my face.

I knew who I was despite my homophobic school, despite very few people around me detecting anything about my sexuality. I was tired of hiding the countless hours spent in therapy, coping with conforming to what everyone expected of me, when I knew I was different.

Once I graduated, I had the chance to start over, move to a more urban and progressive area, and leave the homophobes in the dust. But most importantly, I could start the process of mentally healing from the disregard – and at times, disgust – towards my identity.

As a queer femme woman, I often experience dismissal when informing people that yes, tiny, hyper-feminised, shrill-voiced me is queer.

I gained so much confidence in one single year of genuinely embracing and loving who I was. This gleeful feeling of finally loving oneself, after years of internal and external hatred, is an experience many queer people are familiar with.

Unfortunately, my gleeful feeling did not last long.

Often, straight men assumed my kindness towards them expressed romantic or sexual interest. I would politely shut them down, sometimes having to sternly inform them multiple times that I was not interested in dating men.

But my whole experience with the invalidation of my queerness was about to get significantly darker.

One night, my friend Faith* and I attended a show together. We have no romantic feelings towards each other and sit at opposite ends of the sexual orientation spectrum, but that didn’t stop us from being physically affectionate towards each other.

During the night, Faith and I were joined by a seemingly friendly man, Reg. Faith and Reg consumed a few drinks. Post-show, I planned to take Faith back to my place so she could sleep off the alcohol. Unbeknownst to me, Faith invited Reg along to join us.

As someone riddled with anxiety, I felt apprehensive about telling him to leave us alone. He seemed like a nice enough guy; who was I to say no? Next thing I knew, we were all in my bedroom, casually chatting with Reg wedged in between Faith and me.

I avoided Reg’s gaze once I noticed the bedroom eyes he was sharing with Faith. They started kissing passionately, his arm wrapped around her head, his other hand resting on my side.

At first, I failed to recognise that Reg’s comforting pats on my back were not conveying innocent thoughts. He removed his shirt and continued to touch me while kissing my friend, who had no knowledge of what was happening.

I moved away, flinching when Reg kept touching me, but he didn’t notice. He continued to feel me up, edging into more private areas, though I didn’t reciprocate and had clearly expressed to him my disinterest in men.

He pressured Faith and me to kiss repeatedly, despite the discomfort we showed. “I know you want it,” Reg said boldly. I didn’t want it, and neither did she. Reg wanted us to conform to his perception and desires.

Faith felt uncomfortable and had to use the bathroom and promptly left the room. My door automatically locked once it shut, and only I – scared and frozen – had access to that key.

Reg placed himself on top of me. One hand on each side, preventing my escape.

I experienced a flood of adrenaline, and my heart practically bounded out of my chest. He looked at me and said without an ounce of hesitation, “I know you want to kiss me.” Appalled, I immediately started to laugh. “No,” I told him, “I’m gay.”

Despite my protests, he repeated his statement. “I know you want to kiss me.”

I froze; I had no idea what else to do besides reinforcing that I was not interested in him. Though I thought he would get the idea, he still attempted to kiss me as I squirmed away from him. I somehow managed to convince him I needed to pee, which he understood almost immediately (even though he couldn’t grasp my sexual orientation).

Experiences like mine are not isolated. Many queer people face family, domestic, and sexual violence, as well as a unique form of violence guided by heterosexism. In a national LGBTQ health study, approximately 3% of respondents reported having experienced sexual assault influenced by heterosexist violence just within the last 12 months – similar to what I faced from Reg.

LGBT people are a minority in Australian society, and this contributes to the lack of social awareness concerning the discrimination we experience. It is a reality for many queer people to experience heterosexist violence in different forms. In one report, more than 40 percent of people surveyed had experienced heterosexist violence in the last year. Almost 60 percent reported one incident or more over their lifetime.

It is crucial to note that large-scale studies on sexual assault against queer people and within queer spaces are very few, and further research is needed. Still, startling statistics like these remind us that more needs to be done to prevent heterosexist and queerphobic abuse.

As queer people we have the right to exist, just as we are, without invalidation or dismissal. Whether you are non-binary, gay, bisexual, Sistergirl, Brotherboy, asexual, pansexual, demisexual or any other type of fabulous fucking queer, only you can define your identity.

*Names have been changed

Olivia Smith, who commonly goes by Olive, is a young queer woman with a passion for queer issues and experiences. She is a survivor and advocate for survivors of sexual assault against queer people. Olivia is currently studying at university to complete her Bachelor of Nursing and has a strong passion for health care and queer health care.