Shame and queer origin stories: ‘I’m not wrongly made’ 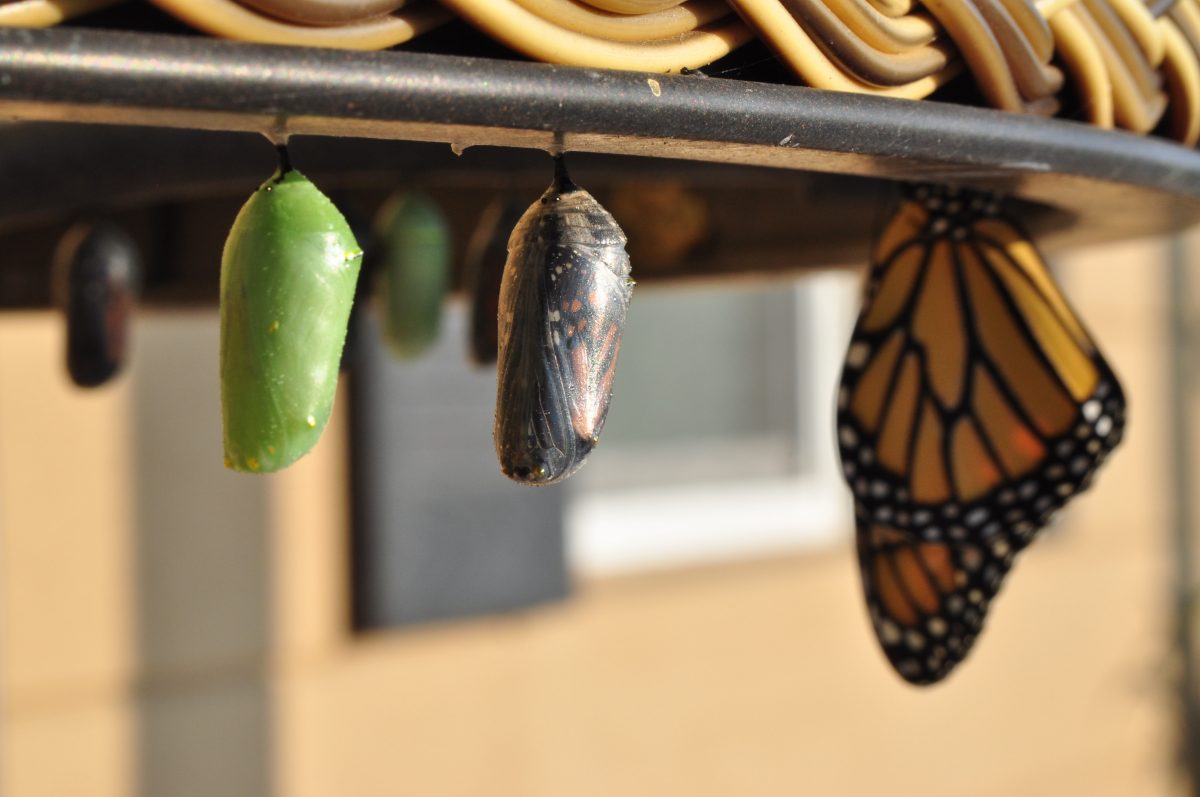 Franz Kafka’s seminal literary work, The Metamorphosis, has crept into my world at three crucial points. It’s tangled with my psyche and influenced the course of my life as an observer, a performer and a writer.

I was a naïve and impressionable thirteen-year-old student at an all-boys high school on Sydney’s Northern Beaches when first exposed to the absurdly horrifying and darkly humorous tale. Adapted for the stage and directed by Steven Berkoff at the Nimrod Theatre, Metamorphosis thrilled and terrified me in equal measure.

The story begins with travelling salesman, Gregor Samsa, waking to discover that he’s transformed into an insect. Initially bemused by his new form, he tries to prepare for work, but his tiny scrabbling legs won’t comply. Before he can get upright, his general manager hammers on the door, demanding to see him.

Subjected to the intruder’s horrified response and later, the growing revulsion of his family, Gregor begins to perceive himself through their eyes and descends into shame and self-loathing.

Berkoff’s masterpiece of physical theatre was unlike anything I’d seen. The actors’ movements were precisely choreographed, sometimes synchronised to a metronome, making them appear like automatons. The stage was stark and lighting severe. Strobing was used to sharpen Gregor’s jittery actions as he became increasingly insect-like.

My disbelief wasn’t just suspended – it was hung, drawn and quartered.

Much has been written of Kafka’s inferiority complex from growing up with a hyper-masculine, domineering father and being a German-speaking Jew living in Prague during a time of rising anti-Semitism.

Notwithstanding these influences on the novella or Berkoff’s perspective in the play, I interpreted the story through the lens of my emerging queerness and associated dread.

Like Gregor’s sister Greta, I vacillated between empathy and disgust towards him – a repugnance that mirrored my internalised homophobia. At the time, homosexual acts were against the law in New South Wales, and I was a member of an evangelical Christian church.

In the final act of Metamorphosis, Herr Samsa, Gregor’s father, hurls an apple at Gregor, which becomes imbedded in his shell-like back and festers. And later, he hears his family discussing measures to eradicate him.

Convinced of the need to disappear for their sake, Gregor takes his final breath at the third hour of morning.

I cried in the darkness, as if my future had been revealed on stage. But instead of disappearing quietly, I repressed my sexuality and prayed that my urges would die.

The concessional teaching popular at the time was that you may well have been “born this way” but it was sinful to act upon it. This had led me to believe that I was somehow wrongly made and that one part of the self could be put to death without affecting the whole.

Sixteen years of repression and denial later, I learnt that sexuality and creativity are inextricably linked.

I was studying drama at a Christian arts college. Our second-year production was Metamorphosis and I was chosen to play Gregor Samsa.

The director, aware of my struggles, encouraged me to draw on those experiences to inhabit the role. Relating to a terrified creature imprisoned by unresolved shame was no great stretch for a closeted gay man.

Each night I scuttled across the stage, climbed the walls and delivered lines hanging upside down from scaffolding. In one performance of the apple-throwing scene, my stage father, disoriented by the strobe light, accidentally punched my head.

The performances were physically challenging and emotionally gruelling. Drawing on the cognitive dissonance between my sexuality and belief system, every night gave me a throbbing headache. But it was more than some internal crisis that became the catalyst for my coming out the following year. It was the audience response.

Each night of the run, one or two people would come and tell me quietly that they’d just seen their life acted out on stage – as I had experienced earlier at the Nimrod. And I realised something had to give.

Neither my college nor my church asked me to leave. They wanted me to change. But after three years of studying drama, I decided that I no longer wanted to act like somebody other than myself. And so I left my church.

It was heartbreaking, but I believe that respecting and valuing differences is vital for a cohesive society. And so do many of my friends from that community who’ve stuck by me.

Many years later, I chose to explore those ideas in my first novel, The Origin of Me.

Inspired by Kafka, I gave my 15-year-old protagonist, Lincoln Locke, a small hairy nub at end of his tailbone. Unlike Gregor’s very obvious transformation, Lincoln’s bestial development is tiny and mostly concealed. And yet his fear of being exposed and the shame of being different begins to govern his life. It’s only when he reads the memoir of 19th century “freak show” performer, Edwin Stroud, and draws parallels with his own life that he can begin to accept himself.

Sharing our stories without shame helps us to understand that we’re all perfectly flawed. Only now, on my book’s publication after eleven years of writing, have I been able to understand the beautiful symmetry of the influence of Kafka’s “grotesque” creation on my life.

Bernard Gallate began his professional life in the animation industry with Hanna-Barbera, later working for Disney and a multimedia agency. After studying acting, he ran climbing tours of the Sydney Harbour Bridge for six years while writing and illustrating books for younger readers. Bernard currently teaches programs on early Sydney life and archaeology at historical sites across the city. The Origin of Me is his first novel.