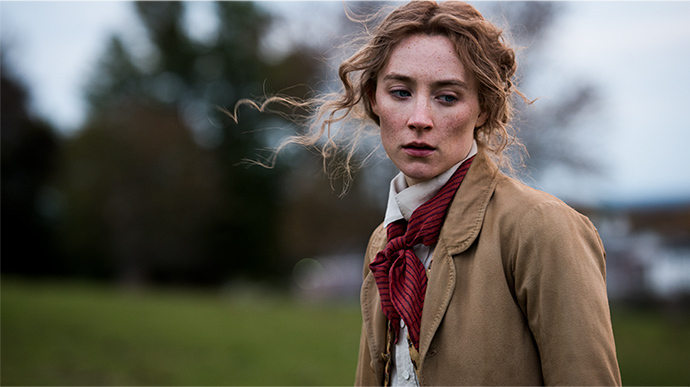 I had my first crush on a woman when I was 20 years old. That was the first time I knew I was bisexual+.

It took me several more years to act on that knowledge. I was waiting for some concrete proof, not so much for my own benefit but to show others I wasn’t just ‘going through a phase’ or ‘doing it for attention’.

I couldn’t understand the queerness of my youth because I was looking at my memories through a heteronormative perspective, rather than a queer lens. This compounded my feelings of invisibility and of not being queer enough. Rather than understanding my queerness as one journey, I had split my memories in two: before I was queer, and after.

My first experience in rethinking history comes when I interview museum curator Craig Middleton about his book Queering The Museum. He sends me a message before our meeting: “So you can recognise me, I have bright yellow hair (hard to miss).”

Craig’s book is an academic work for museum curators and students, and it explores the notion of queering in the ‘turning on its head’ definition. His work asks: How can we radically rethink the way we do things in order to uncover different stories?

Craig is quick to self-identify as queer, although I can spot it from a mile away. I don’t know what I was expecting but bright yellow is right. Hair plucked straight off a Simpsons character, flawless makeup and extremely well groomed – Craig is a high-vis, super gay queer.

I am wearing a plain shirt, no makeup and my short hair is hidden by a thick headband. Despite Craig’s openness we have nearly finished our interview before I come out – I feel like a low-vis, not-gay-enough queer.

We talk about how museums are still some of the most respected institutions in society. Craig tells me how objects are chosen for display, who finds them, and how they are catalogued. 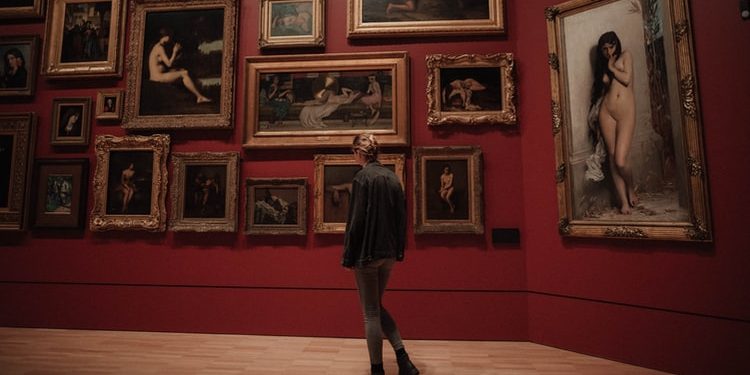 In order to uncover queer stories, these objects need to be displayed differently – in different places and in relationship with other objects. The documentation alongside the object helps to tell that story, and give context.

Craig also stresses the importance of community engagement and making sure the authorship of the exhibition is representative of the stories it is trying to tell. In consultation with the LGBT community in South Australia, Craig and his colleagues have curated an exhibition using these principles of queering.

He sends me an example – a purple wedding dress, initially collected by the museum as an example of post-war austerity. This exhibition sees it paired it with a costume beard to tell the story of ‘lavender marriages’ – a slang name given to a union of convenience between two people in order to conceal the sexual identity of one or both parties.

It’s never suggested that this particular dress was ever used in a lavender marriage, but when displayed in relationship with a second object – the beard – this regular heteronormative dress becomes queer AF.

I hadn’t considered the possibility that the principles of Craig’s academic work could extend into my personal life until I saw the new film adaptation of Little Women.

I’ve loved the book since I read it in high school. It was a story I could relate to: a family of girls, raised to be independent and free-thinking. I saw myself in Jo, in her stubbornness, her anger, her fierce belief in her creative merits.

But my love of the story was placed firmly in the ‘before’ part of my life. I never considered it part of my queer identity, and I didn’t expect this adaptation to tell me anything new.

To say that Greta Gerwig queered Little Women is not an original observation – Gerwig and the cast have discussed the idea openly. But I didn’t expect it to have such an impact on me, and nor did I expect to recognise Craig’s academic, museum-focused principles exemplified in film.

Gerwig uses those principles to queer Little Women – changing the order of narrative and displaying different events consecutively to document a specific story. The result is a piece of art that reflects the feelings of so many young queers who saw something of themselves in the story.

Deep down I knew that there was a queer narrative in there all along, but Gerwig made space for it. She legitimised the Little Women I had read, and in doing so allowed me to view my childhood love of the book through a queer lens.

Now, when I look at my memories from different angles, I can find kernels of queerness that I was unable to recognise at the time.

My best friend in high school started dating a boy and I found myself deeply uncomfortable and angry. For many years I told myself we just drifted apart. I didn’t know it, but my heart was breaking for a love I hadn’t acknowledged.

It turns out I had my first crush on a woman long before I was 20 years old. But I think that even my high school friend wasn’t my first. I suspect the title of First Crush belongs to Jo March.

The key outcome of Craig Middleton’s work, and Greta Gerwig’s for that matter, is representation. When we see ourselves represented in institutions, in culture, in art and in the world, we are given permission to feel like we belong.

And by queering our collective past, we give ourselves permission to queer our own personal histories too. I’m reminded that because I am queer, so too is my past – even the times when I didn’t yet know it.

Lucy Ridge is a freelance writer from Canberra, Ngunnawal country, who describes herself as a vegetable enthusiast with a strong interest in sustainability. Lucy writes about food, travel, and anything else on her mind. On the weekends you can find her at the farmers market sampling all the cheese.