Non-monogamy and intimacy: A slut for friendship 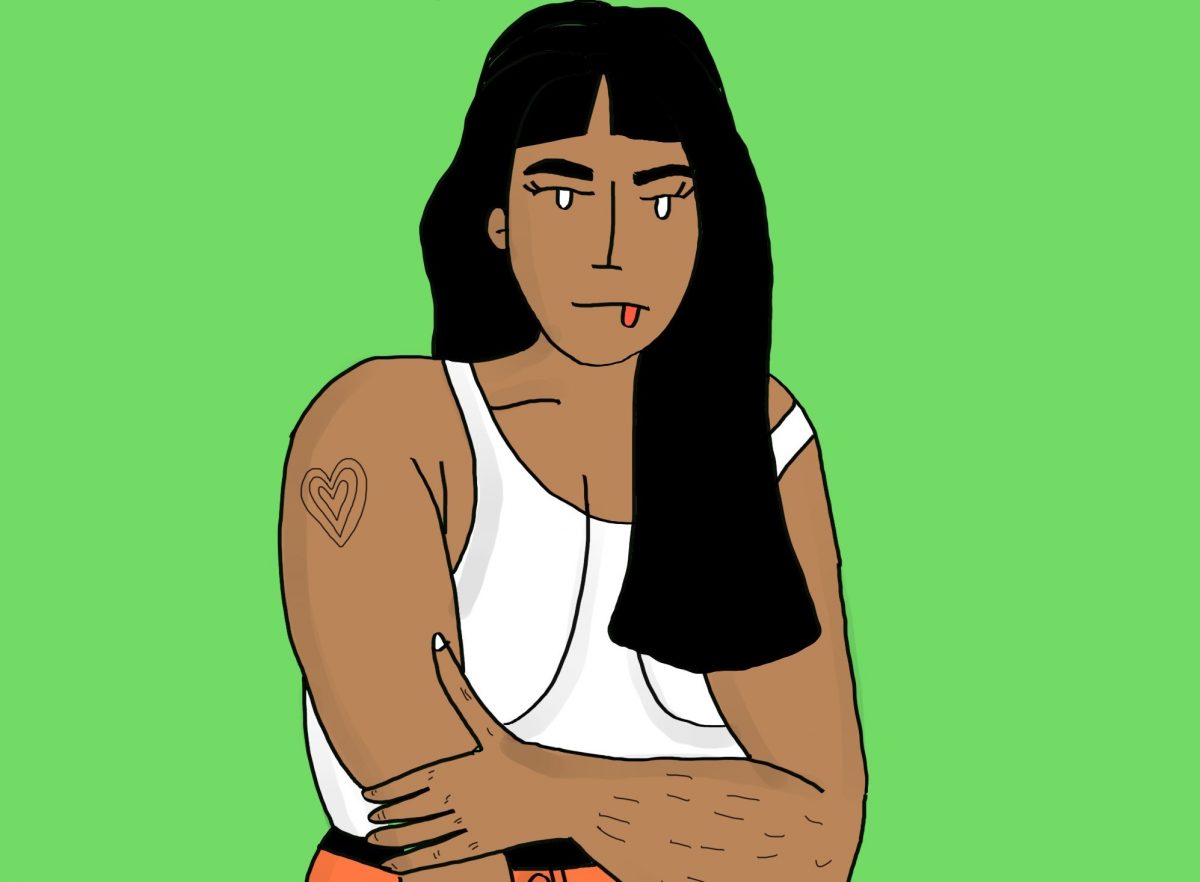 Whenever I mention my non-monogamy to new people, even as an offhand remark in a larger and far more interesting story, it feels like an elephant in the room has appeared and raised a knowing eyebrow.

We get it, you fuck, their shared glances say, as I try to backtrack. “Yes, but,” I start, not really sure how to end the sentence in a way that does it justice.

But what – it’s not what I meant? It’s not why I do it? It’s nowhere near the most interesting part? All of these are true, but feel difficult to explain, caught out like some kind of sports metaphor.

Saying non-monogamy is about the sex is like saying writing is about being published – it’s definitely an exciting part, but ignores everything else that goes into that work. Sure, sometimes it’s direct – a pitch email, a rough draft in a public place, the rush of a hot heady byline.

But other times the plot rambles, characters do things you didn’t expect, or the words are just for one other person, or you alone.

Sometimes the thrill of putting pen to page is enough. Sex is a big part of non-monogamy, sure, but it’s not the only part. Connection can be so much more than physical.

Many years ago now, the realisation that monogamy wasn’t for me coincided with my experiencing an explosive expansion of my social world.

I was in the process of leaving a long-term lover, and what was ahead of me seemed to be a great Magic Eye puzzle, both so small and so big depending on how I focused on it – far easier in the end to just close my eyes and cross my fingers instead.

In my eagerness to feel something, I stumbled into the open arms and warm beds of all these new people, telling myself this is what I had been missing, taking far too long to realise that what I was really clinging to was the texting to arrange a date, the dinner and gin beforehand, the cigarette afterwards, the quick coffee the next morning: all the places where we just talked.

And as we talked, and kept talking, maybe the sex fizzled out and the crush faded away, maybe they stuck around, or maybe they just came and went as writ in a great Google calendar beyond our understanding, but something remained.

Something that was shaped by having to face all that was possible, and build what we wanted out of it, and maybe that was a thing we could call friendship. So we did.

There is a joy in being the author of one’s own non-monogamy: there are always rules, but we get to write them ourselves, and with others that we let into our lives.

Breaking away from the idea that there is one person out there for me helps me accept that I need to love myself foremost.

Trying to come to terms with relationships ending helps me remember that something isn’t less important or valuable because it is short, or because it is over.

As we play with all this potential, and try to figure out what we want, we pen versions of ourselves that have room for growth, for change, for possibility and chance, for disappointment and excitement both.

To share these sensations with others is to encourage a site of so much creation, of diving into the curious.

And yet, non-monogamy narratives have so often been based around how society includes ‘non-normative’ sexual practices into otherwise normative cisgender and heterosexual lives; it’s the spaghetti couple (straight until hot and wet) seeking a disposable third, the swingers on holiday, plain old cheating, wifeswapping, cuckoldery, or the fade to black on a widescreen close-up of a big bowl of keys.

These readings of non-monogamy cry out to be redrafted, and to be queered, but queering those narratives – and indeed any narratives or assumptions – demands deconstruction, asking us to challenge what has become and continues to be normalised.

You write the manuscript and only upon reading back over it do you see how ingrained societal relationship norms are in your life, and how obvious your biases are when bared on the page. The only thing to do is to roll up one’s sleeves and kill some darlings. It’s a lot of work.

Sometimes I simply want to disappear under the surface of these expectations, letting go of that urge to queer and question, being fluid only insofar as I want to sink under the surface of recognition. Yet the language we don’t yet have pulls me back to reality, waking up in a cold sweat with no answers. I feel like it fails us, every time I am asked Who am I to you?

Who am I to you? I am your friend, but why doesn’t that feel like enough?

These narratives are far deeper than any we find about non-monogamy: the primacy of romantic relationships, the promise of true and indelible love, the partner as the lead billing while a cast of friends take on the supporting roles and comic relief.

Even as we enact a queerness in our sexuality, confronting and exploring the expanse of gendered and bodily possibilities, it’s so easy to slip into these patterns.

I have written before about my complicated feelings about the relationship escalator – that automatic incline of intimacy and expectation that propels us and our relationships through milestones without stopping to consider if we want those things in the first place – but even as we struggle against it, it can’t be helped.

Just as non-monogamy defines itself as adverse to monogamy and is thus reminded constantly of what it is not, non-hierarchy lives constantly in the shadow of social and state-sanctioned norms that encourage a ranking of the romantic.

But what if we flipped the script entirely, rejected the hierarchy, and the extended cast of friends and intimates are not just the comic relief, but actually tie the whole show together?

It’s the new friend, finding out who they are, and we are, and the thrill of no expectations. It’s the old friend, the way we fit in each other’s lives changing from year to year but always coming back into an orbit that feels sound. It’s the ex that I can still grieve, while recognising that my life is better for all we went through, mistakes and glory both.

It’s the person I broke up with, but who is now more important to me than ever, this new thing formed by the mould of joy and heartbreak, and coming out stronger than either alone could cast. It’s the person I love dearly and platonically, who I am not “just friends” with, but even if I was, that would be enough to warrant them being a part of my life that holds a flame.

There’s so much room for rewriting the manual of what is allowed. Let’s throw out the book, go off script; we can still make something beautiful.

How do we make space for a wider interpretation of community – one that values the friendship as equal to or greater than the couple, that doesn’t see intimacy as the domain of the romantic alone, that sees this complexity and tries to grow to make room for it?

I also often catch myself talking about ‘queer community’ like this singular monolith, as if there’s this thing, or this place, where we all gather and give something to each other.

But more and more I find myself thinking about queer communities, thousands of overlaid circles of intimacy, each not naturally formed, but found, made real through a shared belief in each other.

When I think about these circles, I see that room not just being made, but furnished, lived in, and hosting the kind of parties I can only dream of right now.

I am cautious of coming across as sanitising non-monogamy – I’ve no interest in defending a Tumblr-tenderqueer reading that is fine with your dirty sex as long as you keep it in your homo, or the lazy implication that the joy of fucking each other isn’t a large part of a living queer legacy.

When I think about what I have learned most from non-monogamy, it is how much more able I feel to turn to these great many circles in times of need, and the help I feel I can offer in return.

Whenever I mention my non-monogamy to new people, I brace myself less and less for that sensation, the subtle smirks and the eyes visibly rolling, because I know it’s more than that, that the assumptions don’t even come close to why I do this. I no longer reflexively say “Yes, but,” because I know that no qualifications are needed.

Maybe the real non-monogamy was the friends we made along the way.

Liz Duck-Chong is a freelance writer, health researcher, filmmaker and sexual health peer worker, whose essays and non-fiction have been published widely. You can find her online at @lizduckchong.

This article first appeared in Archer Magazine #15, the FRIENDSHIP issue.