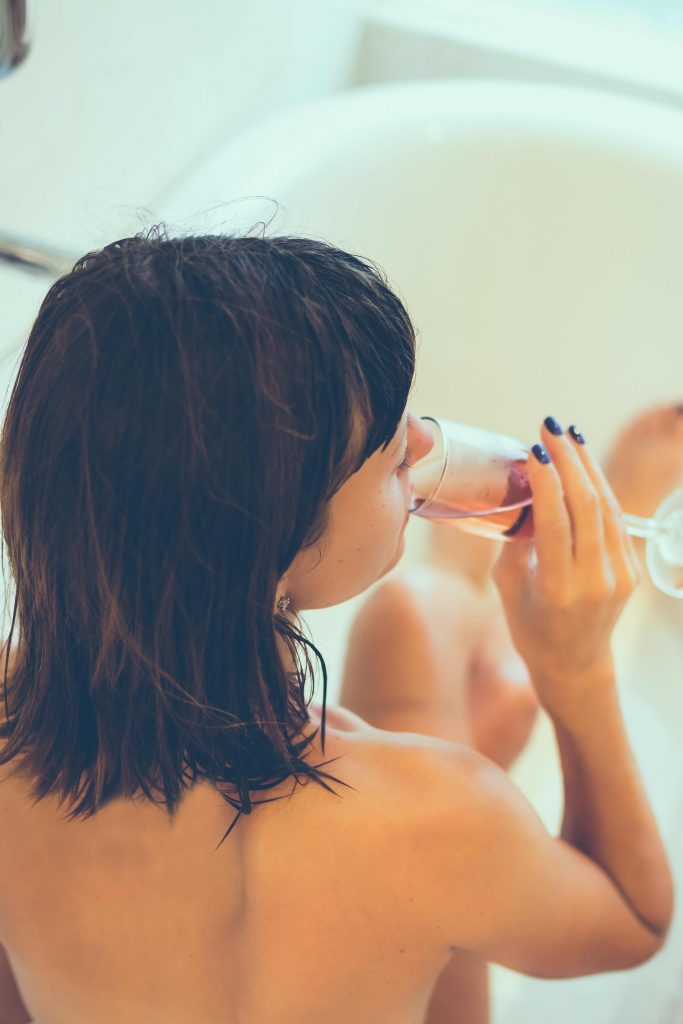 I grew up in an Asian household where sex was a topic that was never discussed. My mum is a single mother who brought me and my brother up as Japanese: we spoke the language at home, followed its cultural traditions, nuances and manners. The topic was taboo to the point where my mum had not even taught me how to say ‘sex’ in Japanese. Despite me having a boyfriend, my mum and I went about every day in blissful ignorance, pretending the other didn’t know what they already did know.

When I came across the term, ‘sugar baby’, I was instantly drawn to the concept. It seemed like a whole other world to the reserved and sheltered upbringing I’d had, and so I delved deeper. However, what I discovered was far from the sexual liberation I had expected to hear about, as I became aware of instances of abuse and mishandling of members within the sugaring community by those who seek to represent it.

I began by looking at some statistics given to me by Seeking Arrangement. The popular matchmaking website for ‘sugar babies’, “attractive people looking for the finer things in life” and ‘sugar daddies’, “successful men and women who enjoy attractive company by their side”, recorded that more than 1,200 Australian university students had joined the site in the past year. It became apparent that ‘sugaring’ amongst university students was not uncommon, particularly as the ‘broke uni student’ was no myth, with the rising cost of living pressures.

Perhaps worryingly, no proof of age documents are necessary to become a Seeking Arrangement member, as the site only asks for the member’s name, date of birth and profile picture upon registration.

I asked Brieanne Christian, Public Relations Coordinator for Seeking Arrangement about the matter, to which she replied, “If a user suspects a member to be underage, we ask them to report that member to Customer Support who will verify their age.” This lacklustre approach to its members’ safety reflects the broader problems with Seeking Arrangement.

University students are given free membership to the site if they registered using their university email. With this model, is Seeking Arrangement genuinely attempting to give uni students a form of income, or is it a ruthless marketing tactic to entice their target market into becoming members?

Chloe*, an 18 year old Sydney University Arts student used to split her time between studying and sugaring, after quitting her minimum wage part time job at Subway. “When I turned 18, the first thing I did that midnight was make an account [on Seeking Arrangement] because I was so keen on it. A week after, I started going on dates,” says Chloe.

“A lot of girls call [sugaring] ‘entrepreneurship’ as they feel like it’s something they’re doing for themselves as proactive women capitalising on society,” Chloe says. She further likens sugaring to turning a “romanticised version” of yourself into a business where you “sacrifice and put on a persona”.

“It’s me succumbing to the ideal ‘straight girl’ image so that I can get paid. It’s dissociative – sure I’ll be a quiet little girl for an hour, but afterwards I’ll be spending his money,” she comments.

Chloe has met four sugar daddies, aged from 20 to 40 years old, who work as doctors, tailors, tradesmen, and within the music industry. After earning $400 on her first day, she reflects that, “When you value money so much and they hand you money for all this effort you put in, it makes you want to keep going.” She further highlights how sugaring boosted her self confidence, as they provide constant attention and validation. “They view you as something they have to pay for – this gorgeous young girl in her prime”.

Chloe believes the relationship between sugar babies and sugar daddies is “an equal transaction” as, “you’re giving in return for taking,” though she recognised that the power balance could be abused. “There is that underlying tension of, ‘am I just being used?’. It’s honestly just a strange power balance that if you want the money and you’re willing to be degraded to some extent, you go into it,” she says.

Chloe eventually quit sugaring when a sugar daddy she met on Seeking Arrangement told her she was “a pawn being used for eventual sex,” despite her thinking she was making it on her “own conditions”, which did not include anything sexual.

When I reached out to Seeking Arrangement for comment, they simply recommended that sugar babies were to “proceed with caution” and conduct their “own research” before dating a sugar daddy, an unsatisfactory response which lacked responsibility for the harm their clients may experience.

Sugaring seems to be riddled with dualities. Is it sexual liberation or sexual abuse? Is it taking advantage of young women, or taking advantage of older men? Is Seeking Arrangement capitalising upon penniless uni students, or are they offering a helping hand?

One thing seems clear: the sugaring concept is often sold to university students without consideration of these dualities it encompasses. Seeking Arrangement’s marketing focuses on the aspect of pampering university students who do join with “$2,800 monthly allowances and gifts from a sugar daddy”.

However, once students do join, their safety is not prioritised, as they are left in an unregulated minefield where lack of member age verification, absent member background checks and no uniform system to report abuse run rife.

The inadequate consideration of the safety of their sugar babies is further hypocritical to their claims of “helping university students” and reveals their true intentions to capitalise upon students who are unaware of the site’s lack of handling and non-existent regulations.

Sugaring can be rewarding and empowering for those who work in a safe environment. Chloe felt particularly supported by her community of ‘sugar sisters’, who she describes as other sugar babies across social media platforms such as Instagram and Tumblr who she could reach out to and share experiences with. “There’s a whole community because you need each other”, she says, “sugar babies are really sweet wonderful people who want to help you out”.

My curiosity about sugaring has led to something greater than what I expected, and I am touched by how open Chloe has been with me, and choosing to share her experience with others. I could particularly relate to her choice to keep sugaring hidden from her family.

All of the sugar babies I met were from ethnic families who heavily valued cultural beliefs and attitudes, and similarly to Chloe, chose not to tell their families. I could understand why, considering the silent relationship my mother and I have around sex.

Such an upbringing can either encourage someone to uphold these beliefs, or push them to reject what is considered conventional, and redefine themselves – perhaps while their parents live in blissful ignorance.

*Name has been changed to protect interview subject’s privacy.

Momoko Metham is a second year Media and Communications student at the University of Sydney. She is currently a writer and creative at Honi Soit newspaper and spends time creating art for her T-shirt brand, Crown Jewel Tees. Follow her on Twitter @momokometham or Instagram @momokes.