Trans visibility, Safe Schools and living vulnerable: fighting back against the demonising of Transgender people 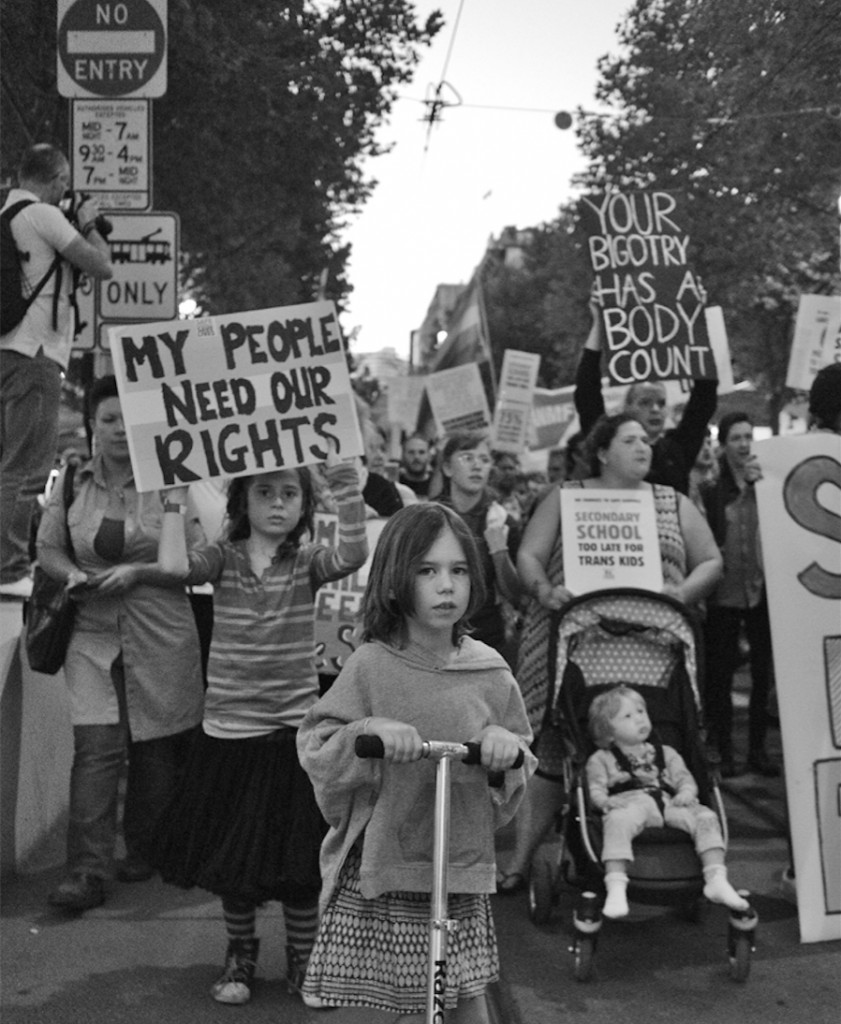 Today is Transgender Day of Visibility. It is a day – like many other such ‘days’ – that celebrates or makes prominent something in the public mind. For a day.

Of course, the people who are represented by these days are living the issues associated with it every other day. International Women’s Day, for instance, is just one day in the calendar, but it’s about the lives of all women everywhere, every day.

Visibility is an important issue for Transgender people because, like any historically and socially marginalised people, we are often constructed in the public eye by other people outside our own community. Often, this construction occurs in very unfair, uneven, and untruthful ways. That is the struggle for minority people: to be portrayed fairly and truthfully and to have visibility with integrity.

The recent attack on Safe Schools, which centred on the interpretation of a single suggested activity in the All of Us teaching package, quickly escalated into a salacious, spiteful, and disrespectful assault on Transgender children, adults and their families. It showed a fundamental ignorance from those outside our community about our lives. We remained largely invisible during that debate and argument.

Certainly, political characterisations, calculated to demean Transgender people and their supporters and cast them as deviant, were made very visible by ABC’s Q & A program and extensively in the parliament (under parliamentary privilege, of course).

This characterisation was also visible in some elements of the press, like the Courier Mail, who suggested the program fiddles with children’s minds. But the real substance of the life of a Transgender person was simply not there, neither in representation nor lived experience. 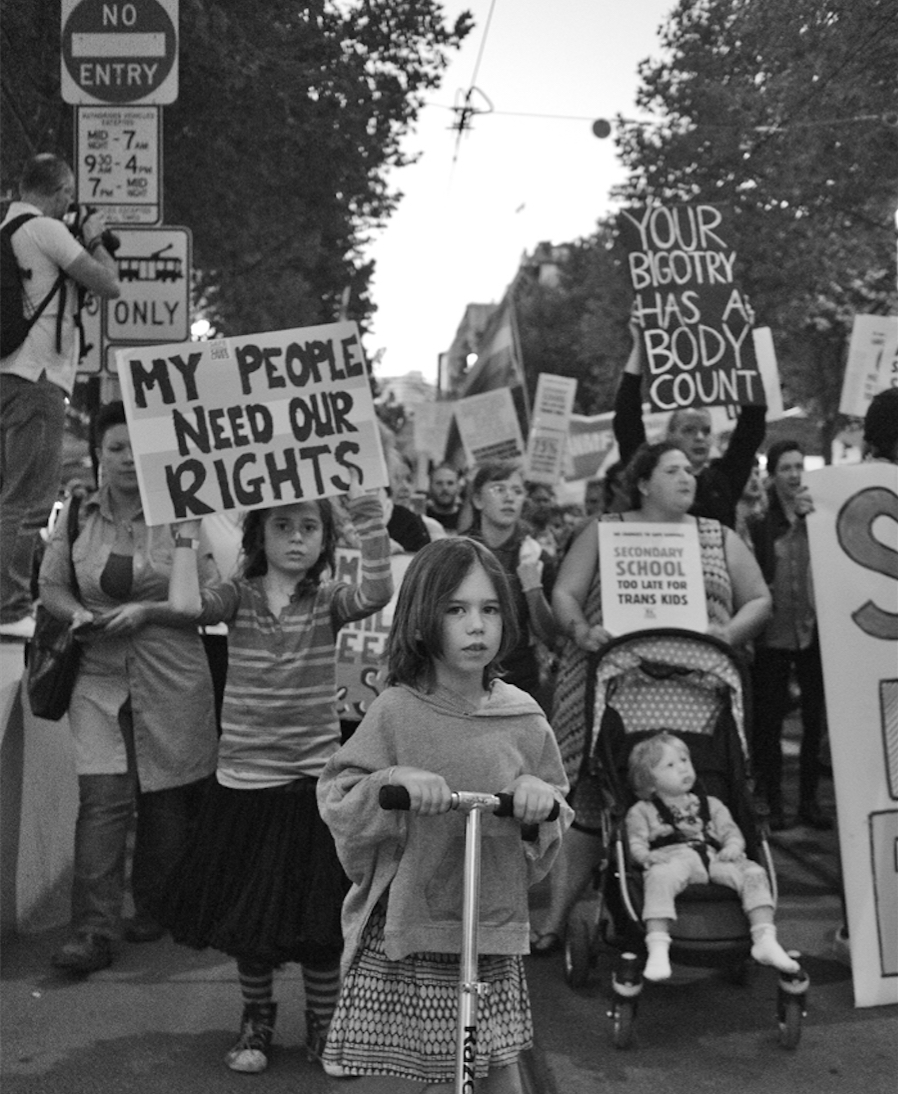 To be fair, some media did report more realistically about Transgender lives during the recent politically-driven attacks on Safe Schools and actually privileged the voices and lives of Transgender people and their allies as part of their reporting.

When you ask some of the most vulnerable people in the LGBT community about why Australian schools need help supporting young Transgender people, it becomes crystal clear why we need programs like Safe Schools. These children – Transgender children in particular – have been historically treated in an appalling way in the Australian school system and, at the very least, a system needs to be in place to help them and their teachers deal with the ignorance, bias, and prejudice that is commonly levelled against them in the compulsory confines of the school.

The program has its roots in decades of research, across this country and elsewhere, on the lives of sex and gender diverse young people – including major reports by the Australian Human Rights Commission.

But, then, only a few days ago our government was willing to undermine such a program for the sake of a minority of backbenchers’ lurid pronouncements on same sex attraction and false portrayals of Transgender people, in particular.

Why should LGBT kids have to beg to be accepted? Why are their interests considered to be a ‘threat’ to the ‘rights’ of ‘every other child’ at a school? How have we gotten to a position where the most vulnerable have suddenly been characterised as the dangerous ‘bullies’ in the schooling system; where a program designed around understanding and respecting difference has become a ‘devious tool’ for ‘kiddy fiddlers’ (I’m not joking – that’s the language being used!) to ‘groom’ innocent school-age victims?

I’m appalled that significant public forums like our own parliament and some elements of the Australian media have exacerbated those disgraceful views instead of criticising them.

There can be no doubt that being visibly Trans has inherent dangers. I am a visible Transperson in my own community. I speak regularly for the rights of LGBTIQ youth. People – nasty people – know where I live, where I work and know my friendship and family connections. But, in spite of this threat, I’m not going to live in fear. I’m going to keep on stepping up. I am going to keep on being visible.

That means outing myself and engaging with some very unpleasant people at times. But I firmly believe that for every less privileged Transperson out there, those of us who can speak up must speak up. We must show what a Trans life really is. Because, if we don’t, we give a free ticket to every bigot and Transphobe to characterise our lives in ways that are false, demeaning, propaganda-driven, and self-serving. Only in our own visibility can we correct those characterisations that depict us as weirdos, psychopaths, and, as one Australian politician with parliamentary privilege implied, ‘paedophiles’ and ‘sexual deviants’.