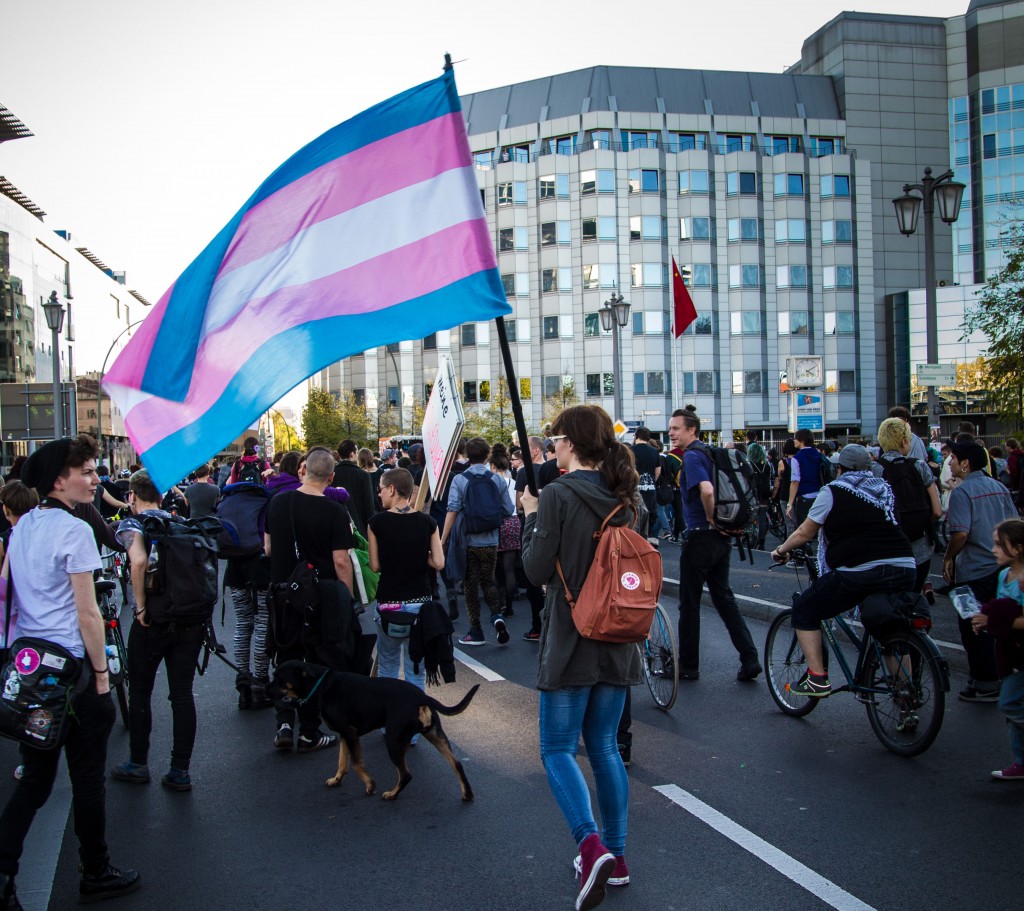 The launch night was pretty remarkable, as those in the video and on the panel afterwards reflected on what life was like before the law reform, and what a difference it made in the lives of lesbian, gay, bisexual and transgender (but not so much intersex) Victorians in the intervening years.

It was a celebratory event. Inspiring.

In the same week, Cate McGregor was not awarded Australian of the Year. Her former boss, former Army Chief David Morrison, however, was. These two things in combination sent right-wingers into apoplexy.

How dare an Actual Real Life Out Trans Person be nominated to be Australian of the Year! How un-Australian to award that same honour to a Big Tough Military Man who champions gender equality and diversity and expresses support for same-sex attracted and gender-diverse people!

In WA, State Politician Peter Abetz (yes, direct relative of one Mr Eric Abetz in the Australian Senate) was motivated to do some “reading up on the issues around the problems faced by people who have gone down the path of sex change operations” and declared the findings to be “most concerning.” Abetz’ research appeared to consist solely of visiting one American anti-transgender activist’s website and badly misunderstanding the findings of two research papers.

I won’t go into the extent of the vitriol on Twitter, or the multiple jibes that appeared through opinion pieces and glorified rants, both online and in print.

It became clear to me that we have a very, very long way to go. Reading Australian media and social media, it seemed transgender people are fair game to be mocked, vilified, represented and discussed in entirely inappropriate and non-factual terms.

And then some of these same journalists, and politicians have the gall to point to studies showing poor mental health outcomes for transgender people, and claim this as evidence that there is something wrong with us, that we shouldn’t be supported to live our ‘delusions.’

Actually, no. The reason one in two of us in Australia has attempted suicide is directly because we have to live in this kind of world. This world that tells us that we’re abnormal, that we’ll never be accepted. This dangerous world, dangerous to us, to our mental and physical health, and to those who love and support us.

The reaction this week has taught me two things.

Firstly, transgender people have come a long way. We have more rights, and more visibility, than we have ever had before. That’s a good thing. It’s fantastic, in fact.

But that progress we’ve achieved is now scaring the horses, and they’re starting to kick. Which means we cannot be complacent. As debate around marriage equality heats up, and we inch slowly towards finally achieving it in this country, we must not forget the things that will remain to be done.

Things like ensuring nation-wide anti-discrimination protections exist for transgender, gender diverse and intersex people. Like stopping non-necessary surgical interventions on intersex infants on the one hand, and facilitating timely and affordable access to necessary medical interventions for those who need to physically affirm their gender on the other.

And like winning over the hearts and minds we need to across Australian society so that it becomes unacceptable for people to print the kinds of things they’ve printed this week about Cate McGregor and David Morrison, to exclude and reject transgender, gender diverse, and intersex people from being full and contributing members of Australian society.

I salute both Cate McGregor and David Morrison for taking a stand in the face of such bigotry. I also salute every other transgender, gender diverse and intersex person who every day does the extraordinary by continuing to live, love and not be silenced in what can be a very difficult and dangerous world. Together, we’ve come a long way, and notwithstanding current circumstances, I am certain that the future will be brighter still.