Archer Asks: Esther Godoy, editor of Butch is not a dirty word

Esther Godoy is the editor of a new zine, Butch is not a dirty word, which had its launch in Melbourne in March. Lottie Turner caught up with Esther to find out more about the project.

A: Tell us about BINADW?

EG: Butch is not a dirty word is a publication that celebrates butch identity and culture.Whilst we focus on female masculinity, we also welcome and encompass everyone along the gender continuum who aligns with the butch identity.

A: What made now the right time to bring it together?

EG: As a masculine woman growing up in Melbourne, I have felt marginalised for the longest time. I really wanted to create a project that helped build a space and community for others out there who might be feeling the same. I wanted to find my people! And I wanted to create a space for us within the queer context, where we could celebrate our identities and be seen and heard by one another.

I’m a web developer by profession so I played around with a few different online options but none of them felt authentic or dedicated solely to the cause. In an age of disposable media, the print format holds so much magic. I wanted people to have something they could hold in their hands, I wanted there to be a reason for us all to come together to celebrate something we had all collaborated on. I feel like the journey the project has taken from online to print has happened so smoothly and unintentionally, almost by accident. When things happen this way, without resistance, thats how you know they’re right. Thus, BINADW is born!

A: How are people responding to it?

EG: The response we have received has been astronomical, far beyond what any of us had anticipated. When we decided to launch the publication at Hares and Hyenas we thought we’d have trouble filling the space, but decided that amongst all of us we could rustle up enough friends to make it happen.

Turns out the response was so massive that none of our friends could even get in! We had to add an extra show and an after party to accommodate the masses and we STILL had so many people that couldn’t get in. The weight of this response has warmed my heart in such a wonderful way, to know there are others out there who can identify with the experiences and issues raised in issue #1, makes us all feel a little less crazy and alone in this big wide word! It really shows how much of a need there is within our space for events which help build and nourish community. Where people from all generations can connect. There’s such a sense of isolation that comes with the queer experience, particularly with those who are gender non-conforming. Visibility and community are EVERYTHING.

A: How are you hoping the publication will contribute to a discussion about female masculinity?

Most people believe that masculinity and maleness are synonymous. The amount of times I have had people question my gender based on my presentation is more than I care to count. From society at large I can understand, but from my queer community I cannot. Asking me if I might just be a bit confused? If maybe I’d actually prefer not to identify as miss or her? I identify just as strongly with being female as I do with masculinity, and there is no reason why the two can’t co-exist. I think within our queer space it is important to celebrate and acknowledge ALL gender identities and presentations, and I noticed that there was something missing for me and other people like me, so I just wanted to do my part and fill that void. I’m hoping it continues to fuel conversations about masculinity and femininity being bound to neither ‘male’ or ‘female’.

A: The images are fierce. How did you come to working with Georgia Smedley?

Well, like all independent publications, we started with literally zero dollars so it was a project of passion. I needed not only a photographer, but a partner in crime! Somebody who was just as passionate about igniting change as I was, someone who wanted to take ownership of the imagery and join forces on the project as a whole. Georgia Smedley is such an amazing and passionate individual, we had never met before we started working on the project together, and right from the get go we got along like wildfire. She literally came out of no where, the queer community stalk just dropped her off on my doorstep in a bassinet (lolz). And as I mentioned before, when things just align in this way, you best be taking those things and rolling with them! I can’t commend her enough on the incredible job she’s done. 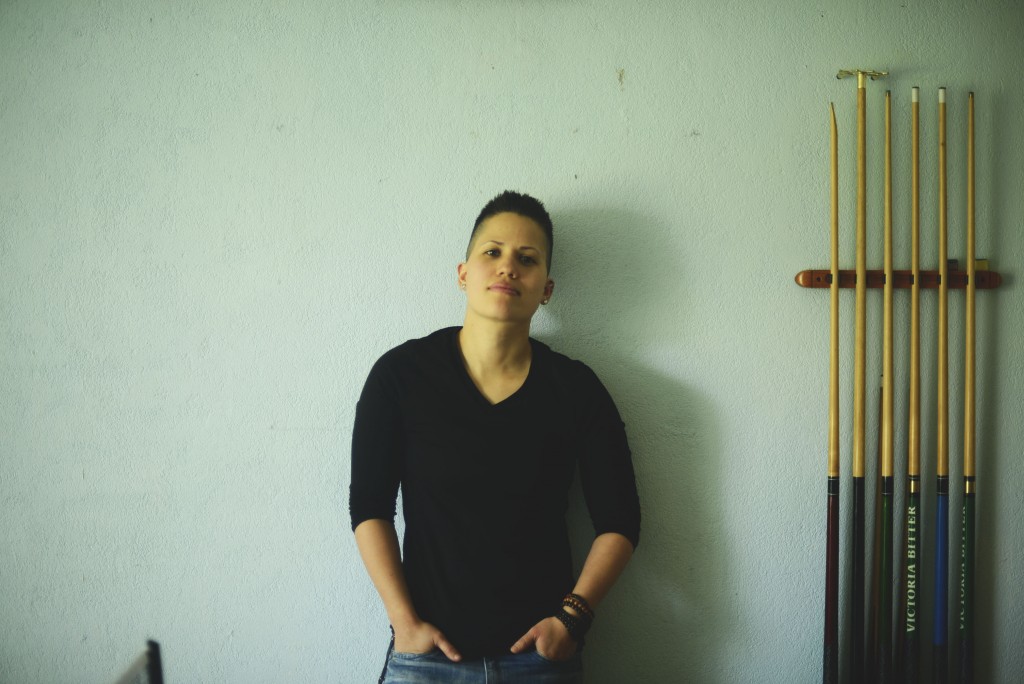 A: What did the curation process look like for you?

It started solely as a photography project (inspired by Meg Allen’s project BUTCH). I wanted to create something like that but for our local community, so, every weekend Georgia and I would source a Butch, go to their house and take photos of them. That was such a fun time and process, and through doing so we met Maddie Imber, who is now a driving force behind the publication.

As it began to evolve into a print publication, I started asking people in my space if they wanted to write something for it. Basically it was just a lot of non-official discussions with friends, and along the way more and more people wanted to get involved and write pieces. Had  I known it was going to have such a large response, I would have liked to have widened the scope and gained access to people’s experiences beyond just my space and community. But it’s all been a learning experience, moving onto issue two we have a far wider reach and source to draw from so we’ll be able to increase on the diversity factor for sure! I just want to make sure coming into issue #2 that everybody in our community feels represented!

A: What’s next for BINADW?

Well, we are  going to work on expanding our online and social media space, as a means for the community to stay in touch whilst we work on Issue #2. We’re looking at launching Issue #2 toward the end of the year, so in the mean time we’ve got some really awesome and fun stuff planned to keep everyone occupied. I don’t want to give too much away, but we’ve got an advice column in the works for the website, where people can submit questions and receive responses from Dr.Butch and Dr. Femme. I guess it’ll be a bit of a satirical take on the infamous ‘Dolly Doctor’!

A: Where can people grab a copy?

We’ve almost run out! But you can order whats left at our website or pick up a copy at Hares & Hyenas in Fitzroy.

Lottie Turner is a Melbourne-based human-rights advocate, agitating for a health sector that’s responsive to and inclusive of diversity. She is content advisor for Archer Magazine, and has been told her keen sartorial eye is representative of someone who’s never passive about what she does in the world.