The hidden harm of gendered language in medicine 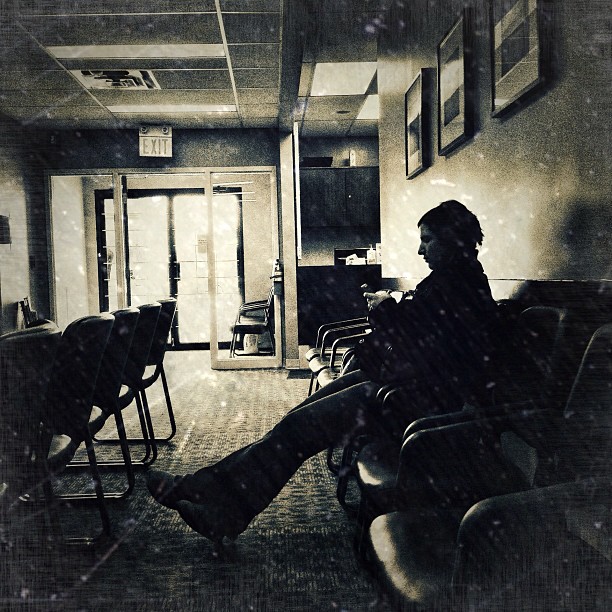 For all its downfalls and erasures, the coming out of Caitlyn Jenner did bring the discussion between the language of medicine and transgender people into my lab. A colleague recently approached me, I’m guessing because of my gay aura, to ask some questions about transgender issues. They didn’t have any opinions or judgements. They just genuinely didn’t understand some of the realities of being transgender. As researchers in reproductive biology, and as they had had experience in medical training, we got onto the topic of how inaccessible health care can be if you are not cisgender. Even the concept of not using gendered language to describe body parts was completely new to them. A simple switch of the terms “female-specific care” for “uterus-specific care” can usually be quite confronting to someone who speaks in scientific language.

And it’s in the language of medicine that is teaching students not to notice when transgender people slip through the gaps of health care.

In most situations, transgender people can go to the Doctors and risk misgendering or even abuse, which detriments mental health. Or they avoid medical help, or are misdiagnosed. A 2011 study showed one third of transgender people asked had avoided seeking medical care for this reason.

As someone who is doing research in reproductive biology and is also really gay, there is usually an uncomfortable chasm between the languages I use in different situations. For example, the medical course I teach in only just introduced gender and sexuality lectures into their syllabus, but it’s clear that that they haven’t integrated it into the medical students psyche yet. This is because in all of the medical training except those three lectures, they are repeatedly taught ‘female reproductive anatomy’ and ‘male reproductive anatomy’. And these are terms I have had to use in my lessons. When it comes to teaching, I have no control. There is no way I can rock up to a lecture on the vagina, uterus and cervix, and not call it the ‘female reproductive system’ because I have no choice over what I am allowed to teach and also just because doing otherwise would be completely inconsistent and confusing with the rest of the syllabus.

Instead of teaching students how to interact and care for patients who aren’t cisgender, they are instead taught, in just three lectures, that “transgender people exist” and leave it at that.

This erasure results in the confusion that my colleague expressed at the notion that using gendered language to refer to bodies can literally prevent people from seeking medical care. I’ve noticed that a way to demonstrate the practicalities of these problems (and to teach medical students, you really need to highlight the practicality of everything to them) is to lay out a hypothetical, similar to their PBLs (Problem Based Learning). For example, if you explain a situation to a lecturer, or researcher, or med student, and say ‘As a GP, if you have a transgender man coming in and saying that he needs a pap smear, do you understand how calling him a ‘biological female’ or making him tick ‘female’ on the doctor’s form can be extremely discriminatory and insulting?’ and they always say yes. They understand, but only once you lay out a hypothetical situation in which you can still diagnose and understand a patient’s body without misgendering them.

Image by Newelly54. Reproduced under the Creative Commons 2.0 license.

After centuries of an inbuilt superiority complex which permeates the halls of any medical school, doctors, researchers and students seem to think that they have the final word on what constitutes a body and that the matters of “political correctness” are below them. And this problem is beyond the one which I am describing with language, but it certainly contributes to it.

The question which always comes up in some ridiculous transphobic argument and is somehow used as leverage in favour of discrimination is “what is the information which is required to be able to suitably diagnose and treat a person?” as though their gender is essential here, when in reality it should ideally any kind of anatomical and medicinal information about your body but in a completely non-gendered way, like “I have a uterus and I am taking HRT [hormone replacement therapy]”. But just as medical and scientific language is extremely inaccessible, there just isn’t the vernacular in the clinic room for it. Or, most likely, doctors weren’t taught to speak that way about bodies, so they just can’t be bothered changing now.

And although most of my supervisors and colleagues don’t know the extent of my feelings around this, I also acknowledge I am in a very accepting environment, especially for scientific research. I am openly out as a lesbian to everyone who knows me in my faculty, and as I discovered with my conversation about Caitlyn Jenner with a colleague, there is a willingness to ask questions about things they acknowledge to not know much about. In their words, “I want to make sure I’m not going to accidentally offend someone because we were never taught this”.

It’s all well and good to acknowledge “we were never taught this”, but as medical researchers who are all too familiar with the concept that we never stop learning, it’s time to apply that to our language as well as our research.

Leigh Nicholson is a PhD student and tutor in Medical Sciences and Cellular Biology at Sydney University. She is a reporter for Honi Soit and likes to talk about anything involving science, video games and queer stuff. She tweets @smeighfickelson.