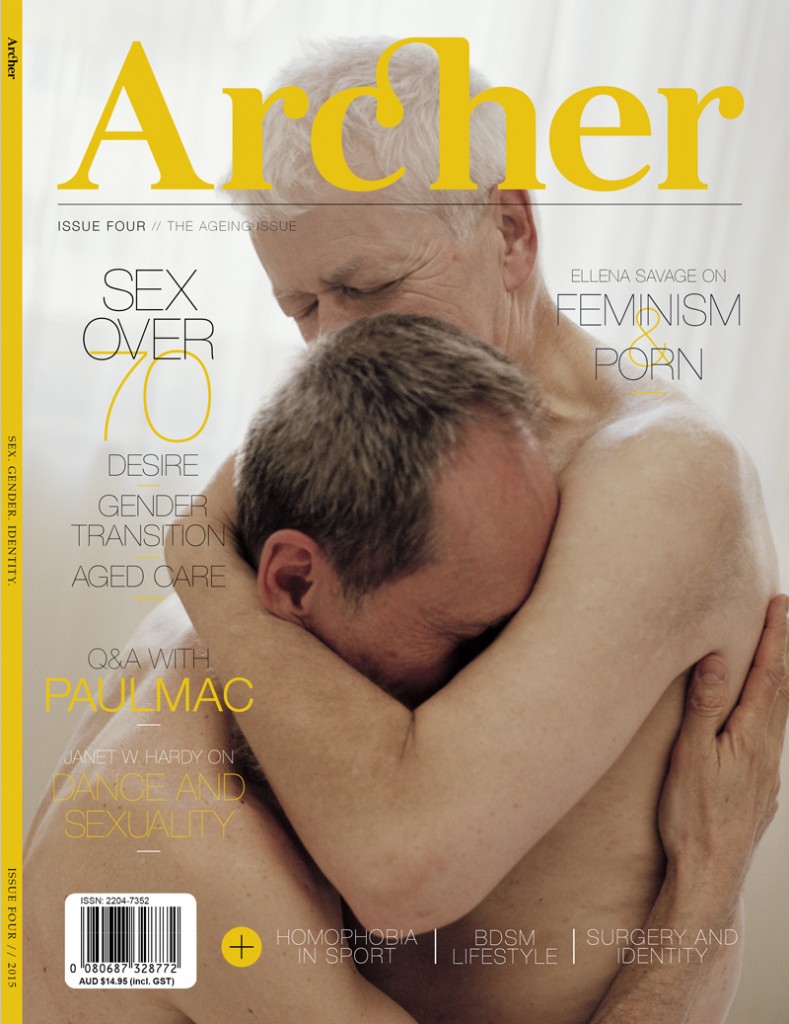 “I can honestly say that my love-life in my seventies was the best I have enjoyed in my long life.”

Why does society assume older people are without sexual or gender identity, desire or the need for self-discovery?