Alex Lahey is a singer-songwriter from Melbourne, Australia who is having a pretty fantastic year. From winning the $7,500 Josh Pyke Partnership and playing on the stages of Splendour in the Grass festival to the release of a seriously successful debut EP, Lahey is getting a lot of love from the music industry.

I meet her in a café in Melbourne’s CBD and we decide what pasta to order between discussions about queer representation in media.

She tells me the first time she saw someone who resembled her and her sexuality was on Degrassi years ago. The only queer character she saw on TV was sad and ostracised, which didn’t exactly help her understand herself, she tells me.

We chat about Broad City, and how Ilana’s sexuality is so fluid yet so insignificant to the plot. We agree that it’s a powerful representation of queerness – entirely normalised.

ARCHER: Alex, the last six months have been huge for you. Can you walk me through them?

So, six months ago I realised a single called You Don’t Think You Like People Like Me – I literally just put it on the Internet. There was nothing special about the way we put it out, but it immediately got put on rotation on Triple J. It was a breakthrough sort of thing for me, which I’ve never had before – it was great. I recorded that song with my producer Oscar Dawson as part of an EP that we just released.

And then you found out you were playing Splendour in the Grass! How was that?

You have to become a professional band in four weeks. The stage is like five times the size of my house. But we worked fucking hard – it couldn’t have gone any better. 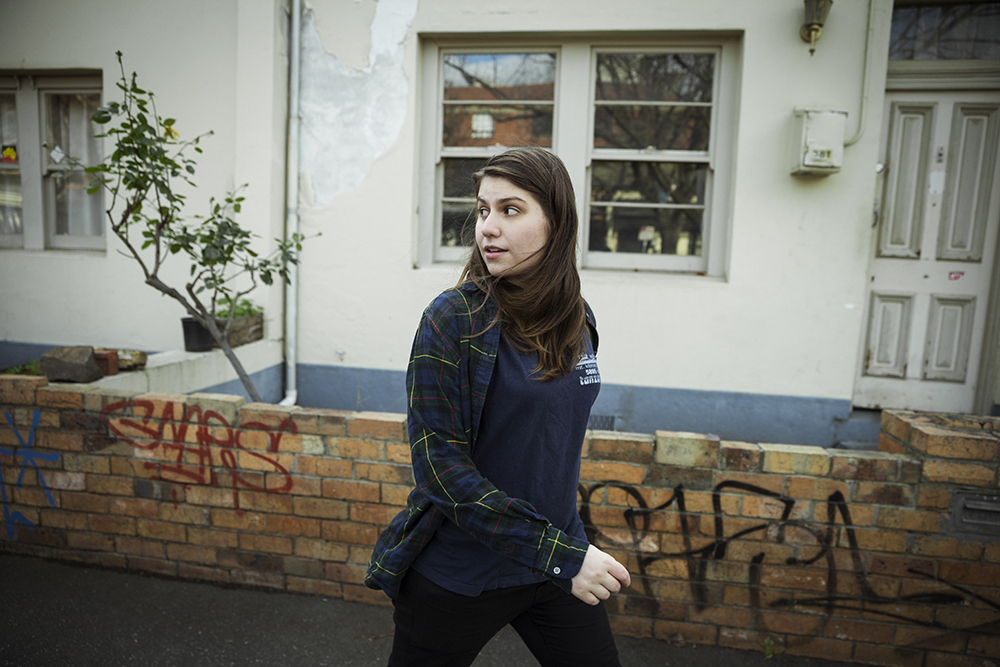 How has being a woman in the music industry impacted your experience within it?

I’ve been pretty lucky, but I have noticed at times that a lot of the business things, it’s 80% dealing with guys. They’re great guys, but it was an interesting observation.

I remember when I was signing my publishing deal a couple of months ago – and I was just so unsure about it for so long – I realised that all the meetings I’d attended were with men.

Not that that was anything that threw me off, but I called a mentor of mine who’s a woman and just said, “You’re the only woman I’ve spoken to about this!”

Do you think that there’s an issue with underrepresentation of women in the music industry?

The music industry is an exception to the rule. I think that’s the way it is in a lot of industries, but one of the beautiful things about the music industry that I’ve noticed as I’ve been climbing up the ranks in the Australian sphere is that the girls really look out for each other. And it’s really beautiful.

Because for whatever reason there seems to be limited space for women to have a place, I can understand why people would think it’s competitive. But that couldn’t be further from the truth. The women look out for each other.

I’ve had peers who have been in the game longer than me just check in every now and then. That’s really special and wonderful and indicative of the support that’s in the industry. At the same time, I do notice that I’m a woman in the industry. So, I guess that has something to say.

How has your queer identity impacted you as a songwriter?

As I am as an artist, as in a songwriter, it hasn’t impacted me at all. I go about writing songs the same way everyone else does, regardless of their sexuality. I write about my life and it just so happens that my relationships are with women, but I still write about relationships!

I write about my life and that’s part of it, but it doesn’t shape the content to be any different because at the end of the day it shouldn’t be seen to be.

And how has your experience been, navigating it on a more public level?

As someone who does interviews and has a media presence; the idea of my private life being of potentially public interest is interesting!

I got to meet Tegan and Sara at Splendour In The Grass, who are pioneers, and I was talking to them about how to manage media as a queer artist. Sara said to me, “You just gotta express what you think the norm should be!” For me, the norm is that I’m open about my sexuality and it doesn’t inform anyone’s opinion of what I do.

So, at the end of the day, I just go about it, writing my songs, love who I love, be involved with who I want to be involved with – just do whatever I would do normally and hope that nobody effectively cares!

I’m very openly gay among my friends and family and colleagues – that’s just that! It’s not that interesting. Again, my mantra is to just be myself and if that means being open about my sexuality then, fuck yeah, I will be! Because I don’t care. If someone really cares about it negatively, that’s far more reflective of them than it is for me.

Alex Lahey is supporting The Jezebels throughout January before heading to the UK to support Tegan and Sara on their Love You to Death tour in February.

The B-Grade University EP is available for purchase here.

Dani Leever is a Melbourne-based writer, content producer, jewellery maker and unicorn. When she’s not juggling her three hundred jobs and four thousand internships, she’s listening to vinyl records and making collages about her feelings.