Gay rugby and the USA: shining beacons amid Aussie homophobia 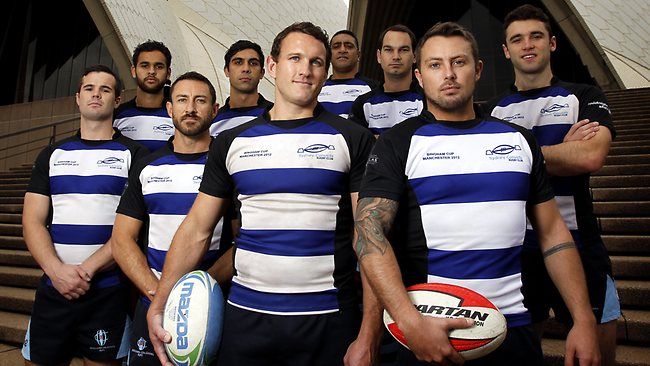 OVER THE LAST month, the familiar nexus between sport and homophobia has found its way into the news twice: Miranda Devine wrote an article for The Daily Telegraph, and Michael Sam was drafted to the NFL.

In an article headlined ‘NRL bosses are totally gay,’ Devine argued that Mitchell Moses’ two-week suspension for calling a player a “fucking gay cunt” was wrong because ‘gay’ does not necessarily mean ‘homosexual’.

In California, a football player kissed his boyfriend on live television after a phone call from the St. Louis Rams.

Within days of each other, a major newspaper in Australia published an article using the word ‘gay’ as a pejorative and the NFL accepted its first ever openly gay man.

From the perspective of my rugby team, the Sydney Convicts, it was a curious phenomenon. In two very different ways, each event emphatically validated the team’s existence. The Sydney Convicts are Australia’s first gay and inclusive rugby club, and this year will host the world cup of gay rugby, the Bingham Cup. As part of the lead up to the Cup, the club brought together each of Australia’s major sporting codes – Rugby Union, Rugby League, AFL, Football and Cricket – to commit to an Anti-homophobia and Inclusion Framework. It was an act unprecedented in vision and scope.

Devine’s article was in every way a litmus test for how far our country remains from inclusiveness. The problem with the article wasn’t blatant homophobia, nor was it intent to cause harm. Instead, Devine demonstrated a form of blindness that condones the use of a sexual identity as a synonym for ‘bad’.

It’s a passive ignorance that arises simply from the failure to consider the perspective of the gay teenager watching the game on television, or the player on the field yet to come out. It’s one that forgets that Mitchell Moses does not need to be a homophobe, nor his target homosexual, for his language to be homophobic.

Michael Sam’s success, on the other hand, is a sign that inclusion is slowly, but surely, coming to sport. It puts the Convicts at the heart of a movement that is succeeding in its goal; when the existence of a gay rugby team might seem strange for all the right reasons. It means that Australia’s first gay rugby team hopes, along with the Brisbane Chargers and the Melbourne Renegades, to be among Australia’s last. It means that as a player I’m acutely aware that I’m playing for a team that has its own redundancy as a goal.

It’s one of a number of pleasant quirks that, as a straight man playing in a gay team, I’ve come to expect. I’m in the minority for the first time in my life, and it’s given me a perspective that I never expected.

At the end of the day, for the vast majority of us, the political and social goals of the club are secondary to the rugby itself. The Convicts play rugby because they want to play rugby, and it happens that this becomes a powerful political act when your team is gay and inclusive. We were beaten by a very large and very good team last Saturday, but no one was called a “fucking gay cunt”, and a bunch of gay men played the game they love in a local suburban rugby competition. That’s a win from any perspective.

Alistair Kitchen plays rugby for the Sydney Convicts and attends the University of Sydney, completing an Honours in English. He’s currently writing a thesis on the erotics of Seamus Heaney’s poetry. Follow him on Twitter @alistairkitchen.