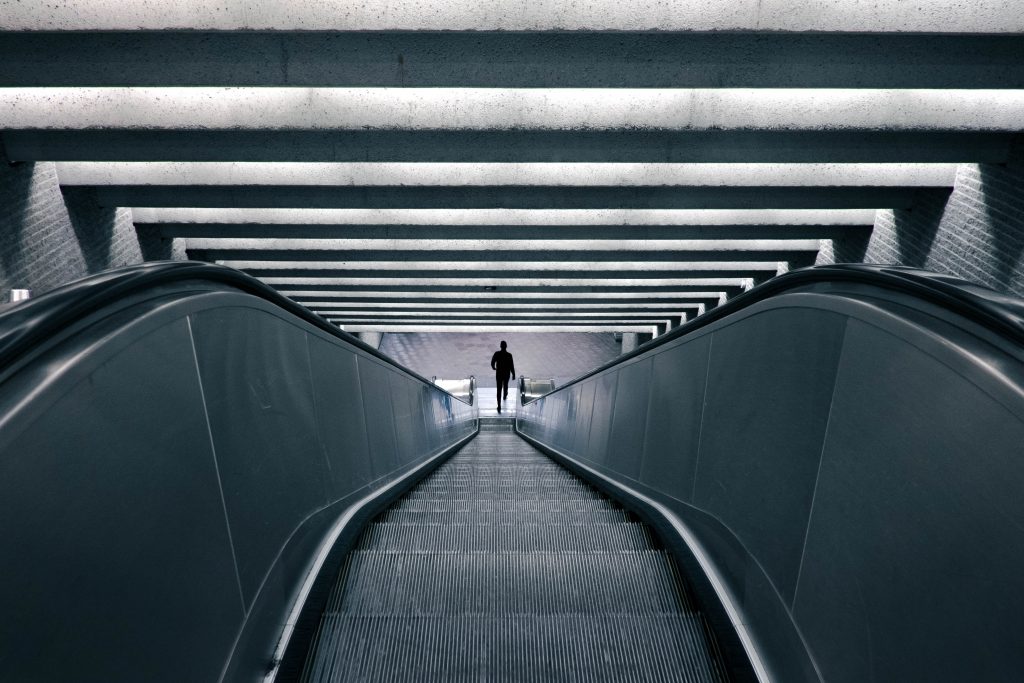 In June 2015, when same sex marriage was made legal in all US states, it was a turning point in the international fight for rights and recognition of queer relationships – indeed, my fiancee and I found our fervour for such structure doubled in the hope that it was closer than ever to being possible in Australia.

The relationship, however, soon crumbled as I found not only polyamory, but began to interrogate my own wants and wishes.

In hindsight, by getting married I was seeking the external milestones of societal legitimacy in lieu of actual social acceptance, and found myself travelling what some have called the ‘relationship escalator’ – a one way trajectory of life events (cohabitation, marriage, arguing over the assembly of Ikea furniture, children, etc.) that doesn’t look kindly on departure.

Ever the radical, I stepped off and found the level playing field of non-hierarchy.

Non-hierarchical polyamory is the practice of having multiple partners, friends and loved ones that aren’t ranked by importance or level of inclusion in one’s life, and in turn not seeking to escalate those relationships just by virtue of being in them.

Aggie, the author of solopoly.net describes it as “generally [not having] intimate relationships which involve (or are heading toward) primary-style merging of life infrastructure”. Personally, I don’t have primary or secondary partners, I don’t seek permission from my current partners for emotional or sexual intimacy, and I definitely don’t view my relationships as inherently of greater importance than my friendships just by nature of being romantic.

It’s about recognising that none of us need each other for completion, but rather because we want to be here and now. I communicate my specific needs with those around me, and the people in my community of queers are increasingly exploring not only non-monogamy itself, but the multitude of ways that it can be done.

This can often be at odds with existing poly writing, which (on top of often being very, very straight) generally details the minutiae of strict hierarchies and the importance of the impenetrable rules and boundaries that accompany them. It’s not that boundaries aren’t important, but non-hierarchy establishes them anew with each new person we interact with – the person I share a bed with most nights and the person I write and receive emails from most weeks aren’t expecting to inherently have greater or lesser emotional investment for me, nor is anyone else I interact with.

Don’t get me wrong either, structure isn’t inherently bad – indeed for many people it’s an essential part of keeping their poly (or indeed their monogamy) safe and responsible, but it’s important to ask what we’re getting out of the structures that are around us.

As queers, many of us grow up in a world where all the relationships we are shown are allosexual, alloromantic cis men and women whose relationships invariably and unquestionably lead to marriage and children through procreative sex. Through visibility and the reach of community we’re starting to unpack a lot of those harmful tropes, but often our replacement stories still end with monogamous queer married pairings seeking kids.

Being queer isn’t all Peaches’ Impeach My Bush and cream. While many of us feel the exhausting need to appear near-perfect in light of the derogatory manner with which we’re often discussed, we’re also just human. We make mistakes, move in too early, drop everything for passion, get divorces (or at least want to, thanks Australia); falling into many of the same traps that our non-queer friends and family have done for years.

It’s not that monogamy, or marriage, or having children, or even heterosexuality are bad things that people should feel terrible for doing (#notallheterosexuals), but as many of us have questioned the assumption of the latter and realised it’s not who we are, it’s also important to ask ourselves if other assumptions placed upon us are structures we personally want to engage with, and to know that other valid forms of relationships exist in the world.

The irony of solo poly is that many of us, while comfortable alone, are better for the variety and diversity of lives we get to share in. When I now look back at my draft vows that plainly state ‘to the exclusion of all others’ I have to ask… who are we defining as all others?

Instead, I now look at the rich tapestry of people who made, and still do make me who I am and see that I’m far better for them and for the choices we make, clearly, consciously, and together.

Liz is a writer, photographer and acoustic guitarist who enjoys dabbling in experimental affirmative podcasting and owns several instruments that she cannot play yet. Their work has been published in several publications, and they collect earrings that look like miniature food. She can be found posting jokes & selfies at @lizduckchong and love letters at @loveletterpod.

Relationship anarchy
By Sara Brezinski
Polyamory and the mirror on the wall
By Paul Dalgarno
Five steps to successful polyamory
By Nina Melksham
Relationship hierarchies: Defending queer friendships, community and being single
By Iris Lee
Polyamory: The love of many
By Page Turner
Opening up a relationship: Compersion, insecurity and ethical non-monogamy
By Frankie Valentine
Conceptual Polyamory: the social and political weight of keeping options open
By Matilda Douglas-Henry
The joy of polyamory
By Anne Hunter