From ‘feminine’ to fire: Burning dresses 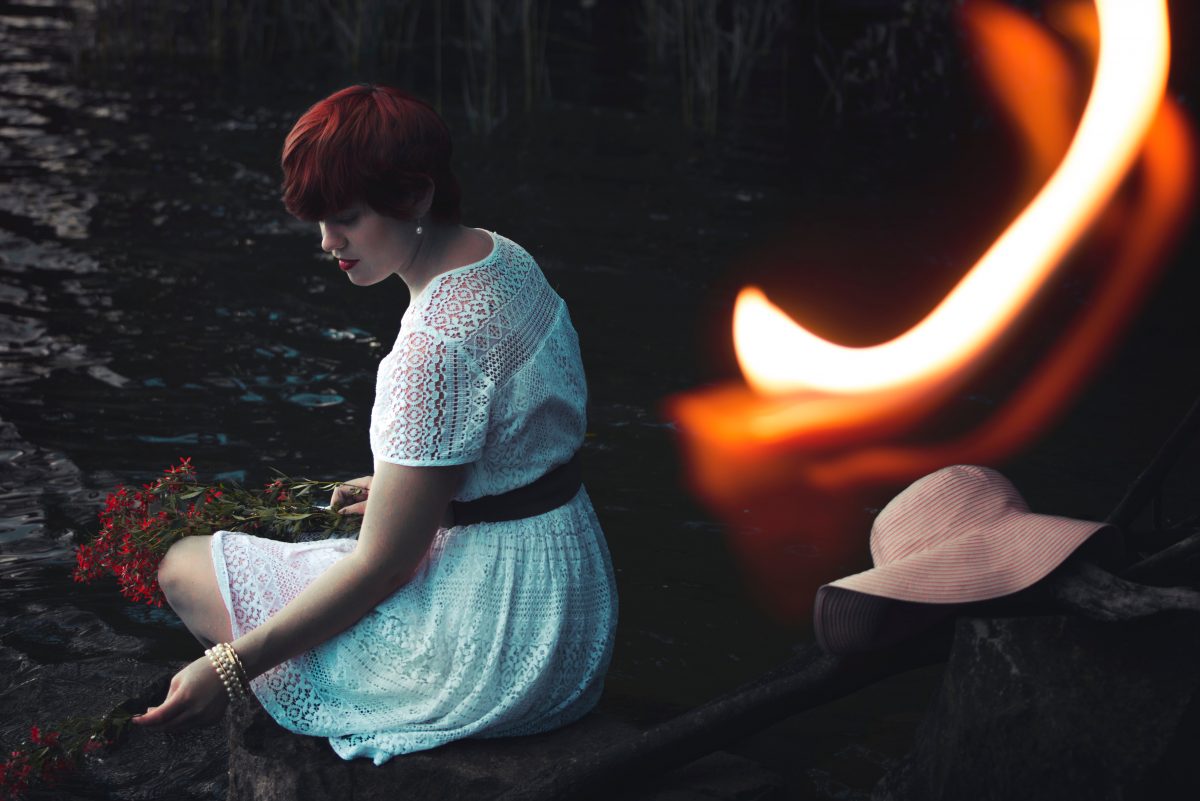 A highlight of my adolescent diary was the lead-up to my birthday, when Mum and I would go clothes shopping together.

I’d look forward to it as much for the quality time as for the fashion, and I was lucky to have a solid, strong mother-daughter relationship and a middle-class budget, both of which could endure my tragic aesthetic decisions in the early 2000s.

Sometimes, when I picture myself at thirteen, I can see myself twirling in a particular yellow striped miniskirt, with its tags still on, in some cramped Gold Coast fitting room.

And that frilly feminine feeling felt like basking in the sun or eating boysenberry ice cream or listening to my No Doubt CD.

It’s a good memory, tucked away in its naïve teenage glow, along with all those other little moments that form the story I tell about how I grew up.

More than a decade later, I browsed the wardrobe that formed around the woman I’d become.

And then I went to see Celine Sciamma’s new queer romance film A Portrait of a Lady on Fire.

When I saw the titular fire briefly ignite a character’s dress, I felt unbridled joy at the thought of it being reduced to smouldering ashes, along with all the heteropatriarchal constraints it had come to represent.

My reaction was so strong that I left wondering if there was some hidden part of me that wanted to destroy the feminine outfit I’d lovingly chosen just hours earlier.

Being more than a little introspective and obsessive, I found that I couldn’t let go of this uneasiness in the days ahead.

Opening the wardrobe, I eyed my cute little dresses with suspicion; I had been socialised to identify with these clothes.

They’d followed me across social media in little ads targeted to those who ticked the ‘female’ box on Facebook.

I’d seen them on other people, in other films, on the pop stars I’d admired and the female-identifying peers I’d respected.

In some schools I’d attended, wearing dresses and skirts had been enforced in the rules.

The socio-cultural message was, of course, that this was the ordinary way for a woman to present.

But that message hadn’t been everywhere.

As I cast my mind back to those childhood shopping adventures, I recalled that, actually, in most of my favourite mother-daughter moments, Mum was wearing shorts and a t-shirt.

I’d romanticised the dresses, linked as they were to the deep chats and white chocolate mochas and emerging womanhood. It was easy to make the connection; society prompted me.

An uncomfortable, unanswerable question started bothering me: In a world free of these assumptions and power structures around gender, would I have picked out that striped miniskirt? How could I be sure that this preference was personal and authentic?

But then, on the other hand, was this sudden ambivalence some kind of internalised misogyny: an assumption that true empowerment would look more masculine?

I took a break from my dresses and thought this through. And I remembered that this wasn’t the first time I’d questioned my relationship with fashion.

A few years ago, when I came out as a lesbian, I started wondering what authentic self-expression would look like for me, outside of the heteronormative world in which I’d previously drifted.

Wearing make-up was the first to go. Although I knew many people could find joy and authenticity in it, for me, it had been a performance, an obligation. Shedding this from my life, and throwing away the make-up I owned, was cathartic.

Other things about my appearance had already changed. I can recall, as a nine-year-old, taking it to heart when strangers told me I had beautiful long hair, internalising their warnings that I should never cut it, even when I had become envious of a classmate’s bob. In my first year of university, I cut it off.

Earlier still, I can remember subtly probing the adults around me as a curious pre-schooler wondering what constituted a ‘typical’ girlie or boyish thing to do. But, despite this earnest early research, I never really followed those gendered scripts too closely.

As I thought about it, I realised I’d actually made a lifelong habit out of questioning how these gender-based power structures had affected me.

I played with dolls. I also played backyard football. I went shopping. I grew my hair out, then I cut it off. I learned to cook. I learned to code. I came out. Then I stopped wearing make-up. And, sometimes, I still wanted to wear dresses.

I still don’t know where this preference for dresses really came from. Some days, it’s not there at all. On other days, I browse second-hand pages and admire all the beautiful ways that people can wear feminine clothes. Now, I’m just trying to enjoy this fluidity, to resist the urge to categorise my wardrobe – or myself.

Instead, I’d like to rediscover the unapologetic joy I felt in those fitting rooms, where I was free to choose what was right for me.