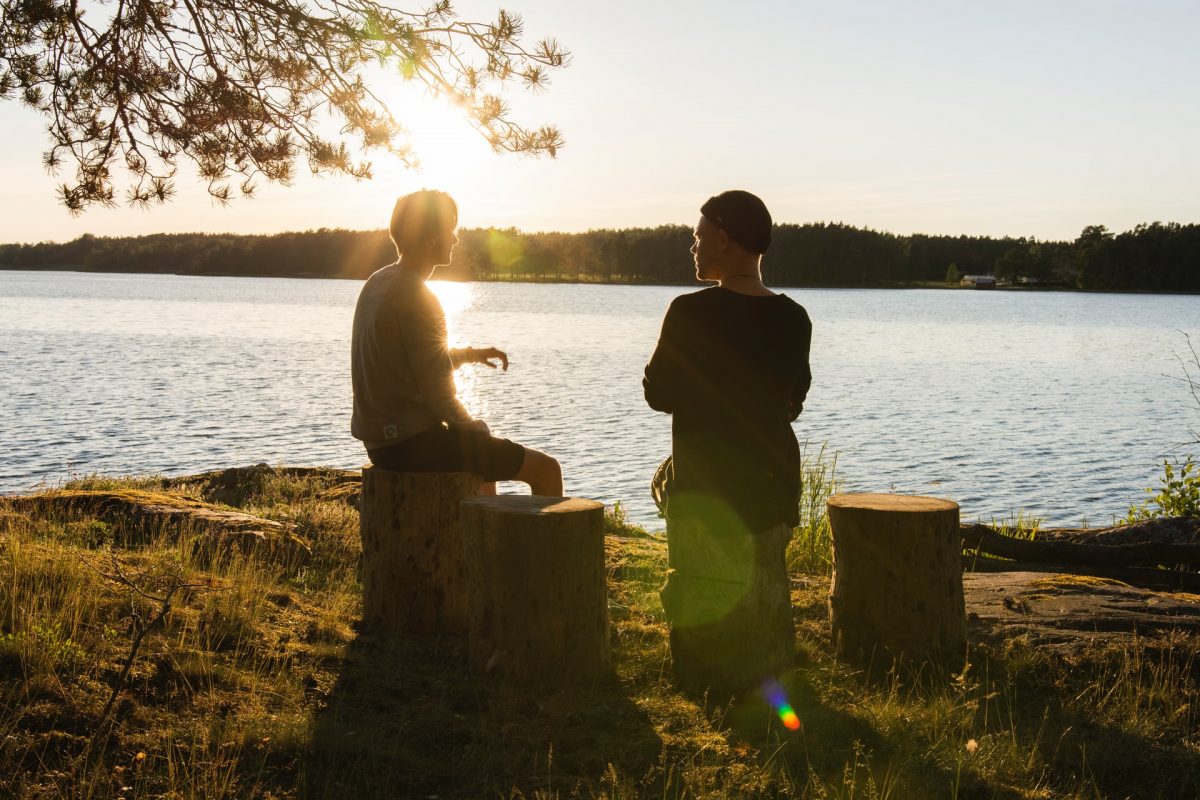 Hello. It’s nice to meet you. It’s even nicer to meet you through this written form.

How many times was I told by my military father, “You have to shake someone’s hand and look them in the eye when you meet them. It’s expected.”

It wasn’t good enough to be polite. I had to be acceptable in society; to conform and follow the rules. The problem is, neither of these things come easily for me.

I wasn’t diagnosed with autism until I was 35 years old. And it took a schizophrenic episode to bring about the circumstances for my diagnosis.

Meeting your eye, when I don’t feel prepared to do so, brings on hot sweats.

I’m shaking internally when I should be shaking your hand. My breath catches. All I can focus on is trying to do ‘the right thing’, and which of the individual mechanics of that process I could get wrong.

In short, this type of interaction freezes me. Perhaps that’s where the term icebreaker comes from?

Those who created these social rules – and the people who continue to enforce them – have never had an autistic brain in mind. The rigidity is suffocating.

And to make all of this worse, it’s not like I have #ActuallyAutistic tattooed on my forehead to let you know what I’m going through. It’s up to me to let you know.

But guess what? Having a disability is another one of those things that society frowns upon. So how am I supposed to enter the conversation, now or ever?

Wouldn’t it be so much easier to just avoid social contact?

Well, that’s what I thought for most of my life. The trouble is, not finding social situations easy does not equate to never wanting them. It can be lonely on this side of the divide. Things can get dark.

In the past, I would socially isolate (before it was mandated) rather than face all of these hurdles. During these periods, I spiralled.

I would go days, weeks, without showering or even getting out of bed, let alone leaving the house. The phone was left unanswered. Friends fell by the wayside, all because I didn’t understand how I was supposed to interact with them and they didn’t understand what I needed.

I’d been having schizophrenic episodes for nine months before being seen and diagnosed by a psychiatrist who also diagnosed my particular ‘brand’ of autism. For about a year after those diagnoses, I spiralled to the same point I talked about above.

I can see now, looking back, that much of this was the result of me internalising the cultural, default setting of ableism. I was convinced I could only participate if I ‘played by the rules’ so that nobody knew I was different to them.

I couldn’t see myself in others’ ways of being, so I removed myself from being in the world.

This internalised ableism was incredibly damaging. It accumulated to the point where I lost my job.

I simply couldn’t go to work, and apparently that’s a requirement for keeping it. Luckily, this led to the thought: “Something has to change.”

I say ‘luckily’ because not everyone has this thought. There are many people who get stuck in their existence and don’t see a way out. And even though I didn’t see a way out, I knew that I had to start looking for one.

So, I took myself to therapy.

It wasn’t the first time I’d been to therapy; I’ve battled depression since I was about 12, and was diagnosed with it at the age of 19. I knew the potential for therapy to be instrumental in changing someone’s life, because it had done so for me in the past. What I didn’t know was how things might change this time round.

After months of sessions,  my therapist told me, “You’re making life too difficult for yourself. Things could be so much easier if you just accepted yourself.”

I began to see that it wasn’t necessarily me who needed to change. Perhaps, instead, the interactions I was having with people could change.

It occurred to me that, for much of my life, I had been trying to claim my space as a queer person in the world. First as a bisexual, then as a lesbian, then as a transgender bisexual man.

Those are all things I’ve been staunchly proud of, and am not relinquishing in the face of an overwhelmingly heteronormative, cisgender society. In fact, the queer movement historically has been about exactly that: arguing that the existence of people of all kinds is enough reason to accept them for who they are.

Majority does not erase minority. So why couldn’t this also be applied to the way I think? To the state of my brain?

Previously, I’d fought hard against adversity. This time would be no different. I could do away with trying to prove how ‘normal’ I was in order to prove my worth. Instead, I could accept how ‘myself’ I am, and share that with those around me.

These changes started in small increments.

When talking to someone, I would look over their shoulder rather than at their face. Often it would lead to confusion, as they assumed I might be addressing someone behind them. But I got comfortable enough to say, “No, I’ve got autism and I’m talking with you, even if I’m looking elsewhere.”

Sometimes I would look at people’s foreheads to give the impression I was making eye contact. Standing at a slight angle to the conversation would also make it easier for me to be involved.

And then came the hugs… Hugs and handshakes.

They’re such a commonly accepted part of interaction that I decided I’d start forcing myself to do these things. I was able to do this because I told myself that it was what the other person expected. The hugs and handshakes I partake in are still purely for the other person’s benefit. I get nothing from the exchange, but some autistic people have more trouble with this sort of physical contact than I do.

I still think it would be much better if it became common not to assume that anyone wanted physical contact on meeting. But a boy can dream, eh?

Teague Leigh is an autistic trans man from planets unknown, currently residing in Naarm. Once upon a time he was anthologised in various works and performed his spoken words around the country. Now he is a photographer, letting his landscape images speak for him. Find more of Teague at https://linktr.ee/tlwvision