Neuroqueer and tattoos: Entangled and disembodied 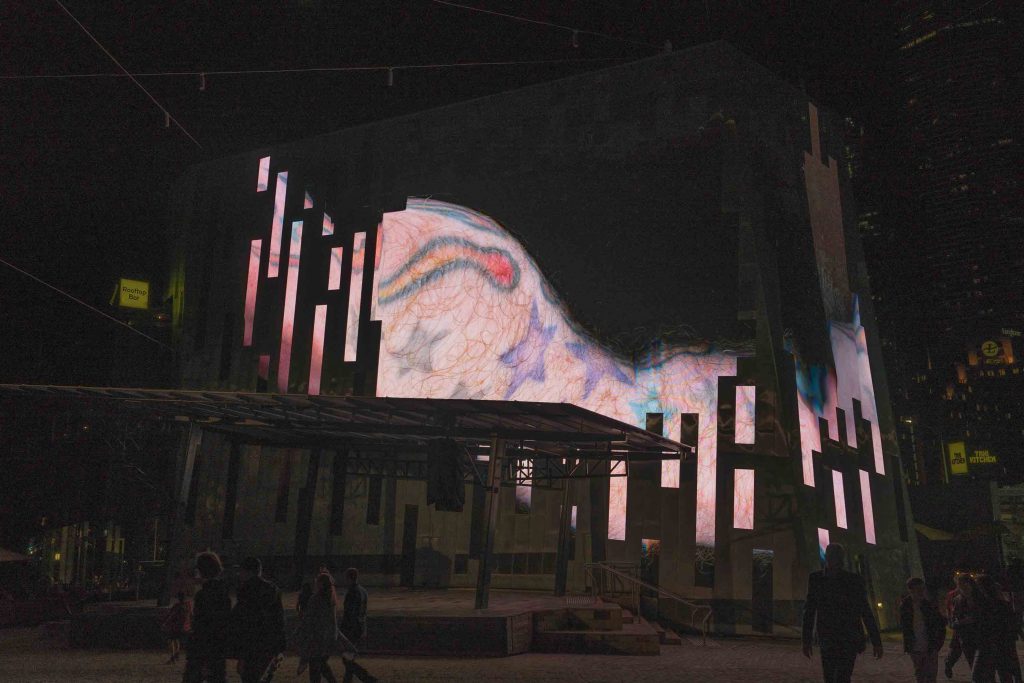 The clenched buzzing of machines, music, innumerable knickknacks and bric-a-bracs, embellished walls, the aroma of disinfectant and glare of LED mag lamps—entering a tattoo studio can assault the senses. It’s the kind of sensory barrage neuroqueer artist, activist, and academic, Alison Bennett, habitually guards against.

“A lot of neuroqueer people find it difficult to be in noisy spaces. I have to wear noise cancelling headphones and sunglasses just to get to and from my office, otherwise I unravel,” they tell me.

Despite the sensory barrage, for many years Bennett’s work has explored tattoo and its relationship with neurodiversity, queer bodies and technology.

Although the term is most closely associated with autism, neurodiversity includes depression, ADHD, clinical anxiety, dyslexia, and other atypical ways of being. Essentially, it is a critique of the notion of normal, in the same way queerness is a critique. Neuroqueer can be thought of as the intersection between neurodiverse and queer identities—many parallels and similarities exist between the two*.

Recently, Bennett resolved to walk the talk and get a tattoo themselves. Their new work—SKIN: Neuroqueer Entanglement—elucidates on a neuroqueer experience of tattoo.

“What I wanted to point to in this project is that we are not simply contained by our physical bodies—we are connected and entangled with environments around us—we have an extended sense of self.”

“I am not talking about this in a theoretical or conceptual sense, I am actually talking about in a neurological and perceptual way. Some autistic people are very clumsy and don’t have a sense of where their body is in space, whereas others may have hyper-proprioception—a heightened sense of their body in space.”

To explore these modes of being Bennett wrapped a 15-minute video around the façade of Melbourne’s iconic Federation Square. The clip scrolled through the digitally scanned tattooed skin of neurodiverse LGBTQIA+ people.

“I see the body as one of many ways thought is manifest, and I wanted to point to the ways in which the boundaries of the body can be thought of as extending and impermeable—technology is not only a mental prosthesis but also a physical prosthetic. Our bodies and minds extend to our technologies, chairs, clothes; there is not a clear delineation to them. To think of the body as a closed unit is a misconception of how we actually work.”

“In saying that, one of the things I learnt from getting a tattoo myself was that it is not just an image that’s projected out—it was something that travelled inside me. I think tattoos are a deep entanglement between the body and psyche.”

The film’s imagery was digitised using a flatbed scanner traditionally used to scan film. This meant several things: the photos are extremely high resolution—the skin’s crevices and hairs are almost grotesquely extra-terrestrial in their clarity; they are splayed flat like a skinned carcass, while the act of moving the scanner through the air produced serendipitous glitches, morphing the imagery and colours.

The nexus of organic material and digital aberrations demonstrates the potential for abnormalities when attempting to extend the self beyond skin.

Inspired by the question posited by posthumanist, Donna Haraway, “Why should our bodies end at the skin, or include at best other beings encapsulated by skin?”, the way in which SKIN operates in Federation Square—a digital, organic, and tattooed chimera—sets up the dynamics for asking questions about future definitions of human. It also focuses attention on the problems of power and representation current neurodivergent people may experience.

Part of the reason autistic people are often perceived to be withdrawn and closed down is not because they are disconnected from the world but that they have minimal filters and so receive a deluge of information. They exist in what is called the intense world theory. The apparent “shutting down” is to do with trying to moderate the amount of data they receive.

“There are times where the amount of sensory input I receive gets overwhelming and I get confused about what the size of my body is or where a room’s walls may be, essentially, how it all fits together.”

The borders of self can become skewed and amorphous, resulting in a disconnect from the mind and body. For Bennett and other neurodivergent people, tattoo can facilitate a reintegration process.

“A lot of autistic people like strong pressure such as deep massage, hugs, and weighted blankets—it’s relaxing and allows us an integration back into our body,” they say. “For me and other people I have spoken to, the experience of having a tattoo was like that. In terms of the focus and pressure and pain it was quite a profound reintegration experience.”

Here, tattoo emphasises the inextricability of the body and brain, as the mind is summoned and constituted through the actions of the body as a whole, and the sociocultural environment. These phenomenological aspects of tattoo pain demonstrate how our minds and bodies (brain included!) are open to transformative restructuring, and how neurodiverse modes of being cannot simply be reduced to the brain’s chemistry but rather must be understood through the embodied self.

The growing autism self-advocacy movement has looked to queer theory and queer activism for models and modes of action. Here, in the same way that queerness is now conceived of as an identity rather than disorder, Bennett’s work demonstrates neurodiversity as identity and the peculiar position and power of tattoo as it continues to dance between biology and culture.

* For instance, there is a strong correlation between autism and queerness. A recent study found that autistic and ADHD people were almost eight times more likely to express ‘gender variance’. One possible explanation for this is that autistic people are less influenced by social expectations and are therefore more likely to present socially non-conforming gender expressions and sexualities.

Fareed Kaviani is a neurodiverse writer on tattoo and body modification.