Sex on the spectrum: Neurodivergence, misogyny and Autism Spectrum Disorder 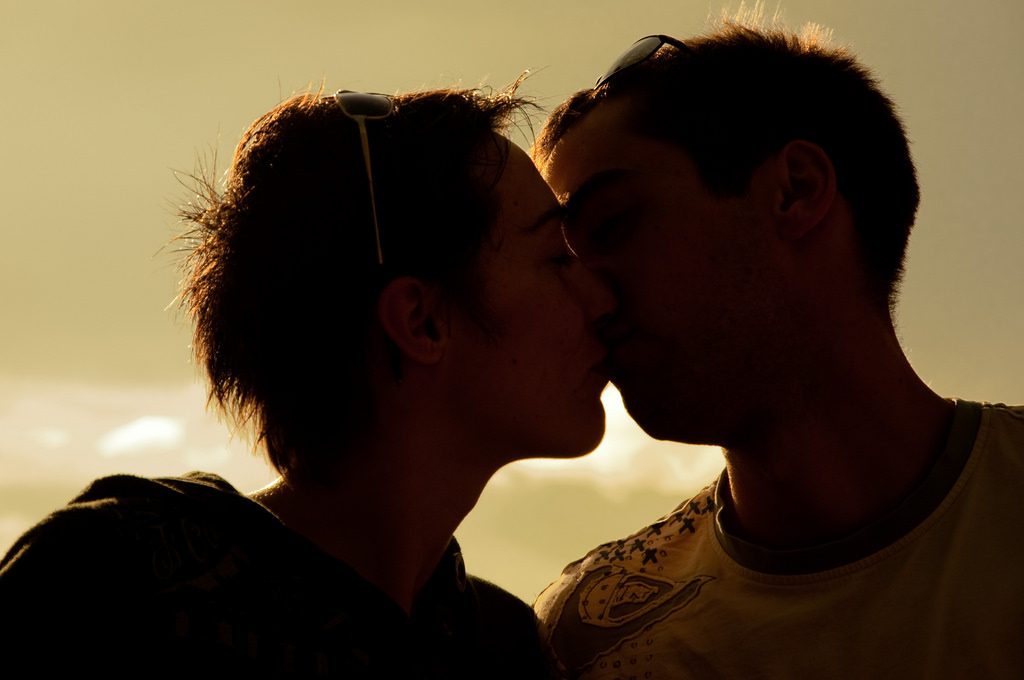 I didn’t kiss anyone, sexually, until I was twenty. I’m not trying to say this is woefully late in life. Missing the boat on teen sex is not tragic. At twenty, my first kiss was a hit-and-run encounter. We had limited time. We were hidden under a tree with the usual adrenalines of immature love, and her ex was waiting for her inside the house. I did not attribute a lot of meaning to how that first kiss felt.

Physical contact continued to be an issue for me. It still is. Being touched felt like static on a screen, like buzzing that filled my head at the point of contact. It was endurable until it wasn’t, like moving your palm closer and closer to a lit candle.

These sensory experiences are easier to read now, post-diagnosis. Being diagnosed with Autism Spectrum Disorder (ASD) as an adult could be seen as redundant, because there is little out there in the way of treatment for adults and much less for women.

There can be challenges to sex for people with ASD. Photo: Christian Perreira. Licensed under Creative Commons 2.0.

The dearth of research about women with autism is a hurdle to diagnosis that has recently caught media attention. The ABC and Sydney Morning Herald ran the same Meet Sophie article in July of this year. The article explains that autism was historically delineated with the false notion of overwhelming male preponderance, which meant that the diagnostic tools for identifying ASD have been aligned to a singular mode of ASD’s expression.

As recently as the early 2000s, Simon Baron-Cohen, Cambridge’s director of the Autism Research Centre, published studies painting autism as an amplification of typical male neuroanatomy.

The minimisation of women on the spectrum has changed the course of my life. As someone treated as a woman from childhood through to now, expectations of social performance have shaped my personality.

Families do not easily allow for distant and strangely pre-occupied daughters. The first time anyone ever suggested to me that I might be on the spectrum, my mother, who works closely with neurodiverse children, said that she always thought I had Asperger’s, but did not seek a diagnosis because she thought it might hold me back. As if having an excuse meant I would never achieve mainstreaming.

Up until 2013, Asperger’s Syndrome was considered a distinct type, sometimes thought of as high functioning autism. The latest categorisation in the DSM-5 has folded Asperger’s into the Autism Spectrum Disorder bracket.

Studies from the last five years have been correcting for the under- and misdiagnosis of women. These studies point to the masking of ASD by women, particularly the adaptive behaviour of camouflaging, which is the strategic mimicking of social behaviour. Camouflaging is work. It is a closet, one that enables the privilege of passing as neurotypical at the expense of one’s integral self.

My mother did make allowances. Whenever my parents had to change cars, they consulted me, their small child, in the purchase. Some kinds of velvet, frequently the kind used to upholster car seats, are unbearable against my skin.

Expanding autism theories to include women on the spectrum is not sufficient and plays into falsely binaries of gender differences. Emerging studies by doctors, researchers and writers with ASD note a correlation between ASD and queerness, and suggest that individuals with ASD may be more likely to have a diverse experience of gender or sexuality. In many cases, queerness is attributed to the weirdo status of those with ASD, as though it is a natural consequence of falling outside social mores.

First with a woman, I began unlearning the sensory overload that physical contact can mean for me. To do this, I had to shut down and cognitively distance myself. Mental abstraction became increasingly unnecessary as I adapted to her ways and the feel of her.

Later, with a man, I again felt unbearable static in my mind spreading from the surface of my touched skin. I had to reconquer every inch of flesh. I performed these exposure therapies without overthinking my need for them.

I hid most of this from my partners, turning the focus onto their pleasure whenever I needed a break from being broken in. Both partners asked if I had been sexually assaulted, which I have not. It did not occur to me that I should seek a reason for these feelings or treatment. I had been repressing static otherness my entire life.

In mainstream media, it is only the autistic people performing distinctly non-autistic traits and actions who are valorised. These include a special interest that is useful, intuition, or verbally communicating complex feelings. The person with autism is portrayed as most loveable and comprehensible, precisely in their least autistic moments.

I see a through-line of stigma in neurodivergence and queerness. These valorizing moments recall to me the way queerness is validated through the lens of heteronormativity, the way that couples in long-term, monogamous relationships are held up as the shining examples of queerness for the rest of the world to accept and feel at ease with.

Spectrums intersect. For those on the spectrum, and on multiple spectrums, the first step is still to be seen and heard. Listen to us, however we may communicate.

Hollen V has written for Scum, Alien She, Going Down Swinging, and other ones. Follow them on twitter @faceoddity, that’s where all their good jokes go.