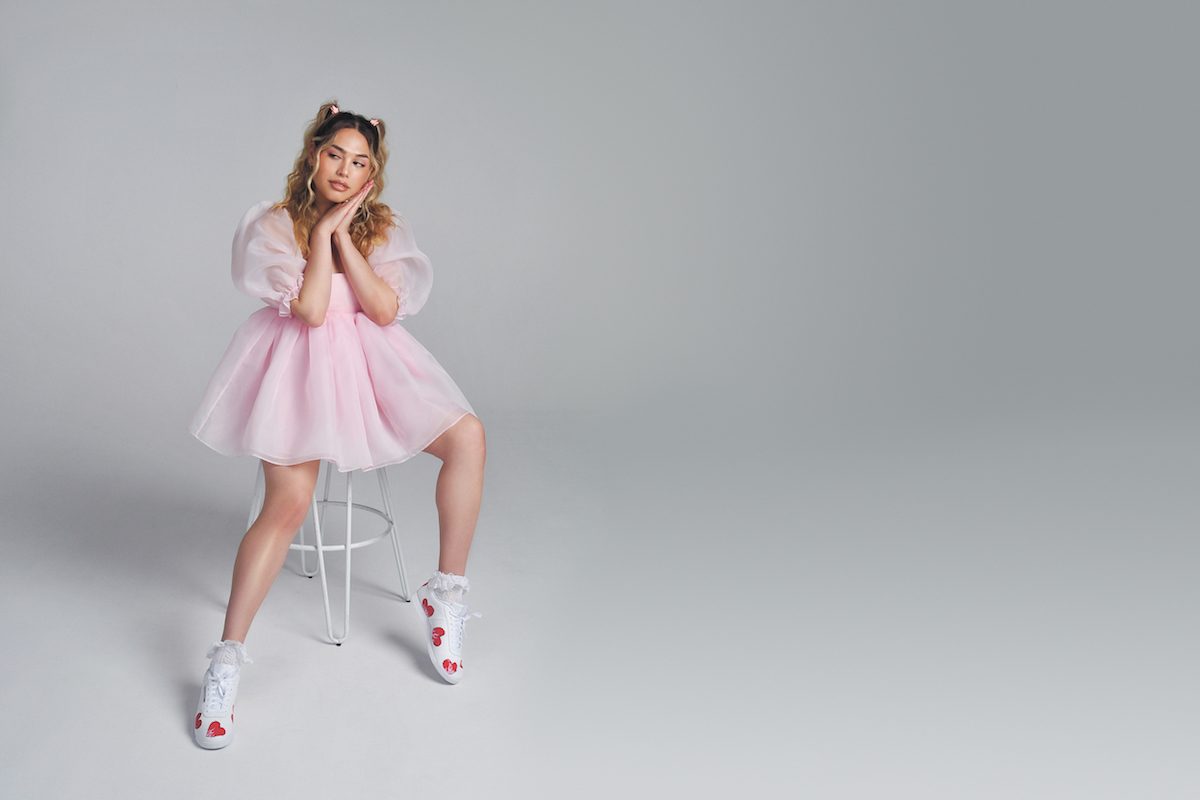 The following is an excerpt from the upcoming book by AJ Clementine Girl, Transcending: Becoming the woman I was born to be.

When people ask how I came out to my parents, I tell them I didn’t have to. It was always known that I was a girl – it’s just that none of us knew how to put that into words.

I grew up with my mum, stepdad and older brother, Dane – and later, my younger half-siblings Kiana (aka Kiki) and Sean. My biological dad lives interstate with my stepmother and half-sister, Kali.

Even though Dane and I would stay with my biological dad every holiday, my stepdad was always ‘Dad’ to me. In Mum and Dad’s house, I was free to be who I was.

I was probably around five when I started noticing that people weren’t as accepting of me as my parents were. Little situations here and there would bring their true feelings out – like when my biological dad got together with my stepmother.

She was really nice at first, but when I’d go to stay with them and my biological dad and Dane weren’t around, it became clear that she didn’t like me looking at her perfumes or make-up, or playing with Kali’s girly toys.

She’d take those things away from me and refuse to let me have them, which was so confusing, because all I’d ever known was that being inside a house meant being safe and being free to be myself.

I couldn’t understand why the rules were suddenly changing.

When I told Mum what was happening, she confronted my biological dad. He defended his then-girlfriend and said he didn’t feel that she was doing anything wrong.

He said maybe it was my mum’s fault for encouraging my behaviour. In hindsight, I think the way he and my stepmother felt about me preferring ‘girl’s’ toys was probably typical of their generation.

Both of them grew up seeing such strongly defined gender roles around them that they couldn’t accept that some people don’t fit neatly into those boxes. They didn’t understand it or know what to do with it.

At the time, I wasn’t able to say, “I’M ACTUALLY A GIRL!”, because I didn’t have the knowledge to put my feelings into words.

And the adults around me didn’t have the resources or tools to understand what was going on with me, either. It was confusing – for all of us. In the end, I stopped visiting my biological dad, and it stayed that way for the rest of my childhood.

My older brother, Dane, continued to have a great relationship with our biological dad, and as we got older, he always reminded me that my biological dad cared for me, too.

Deep down, I knew there was love, but I had too many of my own struggles to deal with first. Having to visit my biological dad and stay somewhere I didn’t feel free to be myself was too much, so I put my relationship with him and Kali on hold until I could figure out who I was. 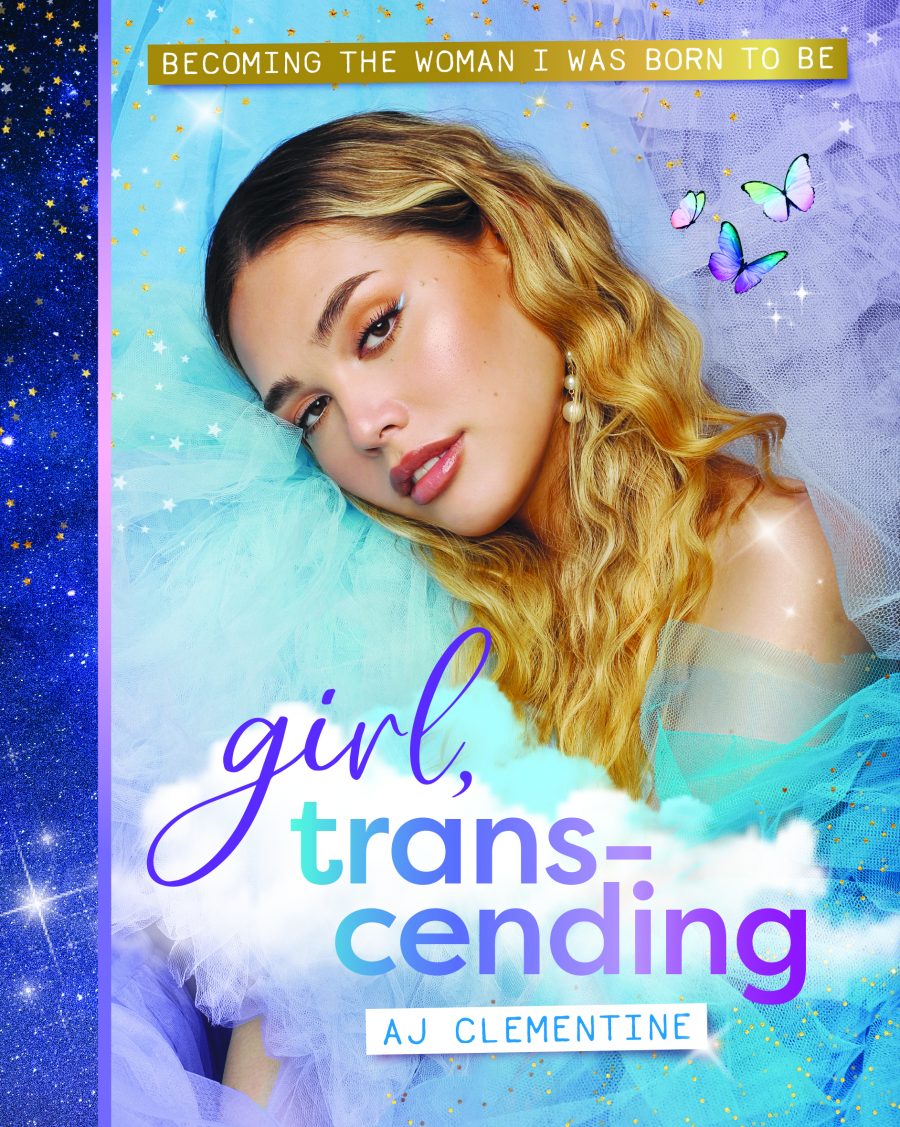 Throughout our childhood, my brother Dane took on the role of my protector. I think he was scared of what people might say or do to me.

Even though his high school was really far away, he’d walk me to school first, and if someone was bullying me, he’d wait for me outside school so he could walk me home. But he also struggled with me playing with dolls.

Although he never tried to stop me, he’d say, ‘It’s okay to play with them, just don’t play with them around me.’ I could tell he was secretly ashamed of my toys, but I never got why it was so bad.

The older I got, the more the judgement and disapproval from other people started to get to me. I went from being this confident kid who would take my dolls everywhere, and didn’t care what people thought, to being so much more reserved and guarded.

But Mum continued to see me for who I really was. And she would always reassure me that it would all make sense one day, because she believed it would.

Having her acceptance was so important; it was something to cling to when everyone else was sending me the message that what I was doing was wrong.

Mum really struggled to know if she was doing the right thing. People were telling her she was wrong for buying me certain toys, or for letting me dress in the clothes I preferred.

Everyone was against her, including my biological dad, and I could see that. Back then, she didn’t know how to use the internet, and wouldn’t have had the first clue what to search for.

She was parenting from pure instinct, and going off what her friends told her.

All she wanted to do was make me happy, but I saw the judgement all around us, so I did what I could to try to blend in.

What I understand now is that children shouldn’t feel that they need to blend in, or be made to feel there’s something wrong with them.

We should be creating environments where kids feel that they’re okay exactly as they are, and giving them safe spaces to grow into themselves without fear.

Obviously, kids need to know that the world isn’t always sunshine and rainbows. But they shouldn’t be told that what they’re doing is bad, or that their interests and likes are going to define their whole being.

Toys and clothes aren’t linked to gender, but I think people get that confused. It’s true that I liked dolls and dresses, but they weren’t part of me.

Even if I’d played with trucks and water guns (which I did, by the way), I would still have been a girl at the end of the day.

Girl, Transcending: Becoming the woman I was born to be by AJ Clementine, published by Murdoch Books, is available 2 November 2021. Available wherever good books are sold. You can pre-order your copy here.

AJ Clementine is a TikTok and Instagram creator known for her LGBTQI+ advocacy, sense of humour and fashion content. AJ is passionate about sharing her experiences of being transgender and helping the next generation feel confident and supported in their journey.