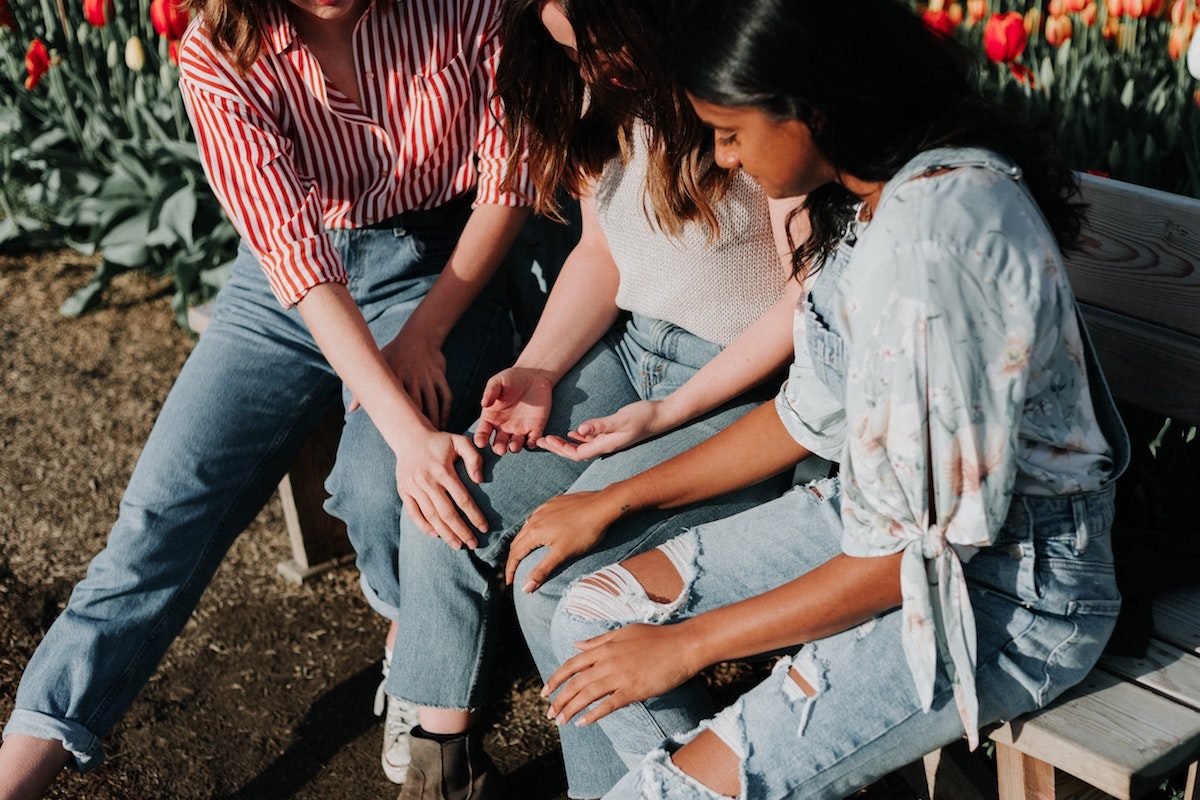 On the surface, this campaign seems to be championing a cause none of us would dispute. Its #SeenandBelieved hashtag encourages visibility for often invisible victims of abuse in our communities.

The day was set up by Security and Counter-Terrorism Police Officer Ben Bjarnesen, a gay victim-survivor of violence. Its local origins come via the LGBTQ Domestic Violence Awareness Foundation, which is linked to the police force.

And therein lies the issue.

As a foundation born from within the policing system itself, it champions police as the logical moral and social centre when responding to domestic and family violence in queer communities.

The foundation’s social media pages proudly share images of police services holding signs of support, a police vehicle with a slick rainbow stripe, a police station lit up with rainbow lights and an awareness raising video by a police commissioner.

The police are front and centre of both the foundation and the community awareness day.

But many of us in the queer community know better than to be seduced by platitudes of support by police on social media. We know instinctively, and through lived experience of discrimination and harassment at their hands, that we can’t rely on the police to keep us safe.

In fact, we know that police can deepen the harm we experience when we seek support for abuse. They can misidentify the perpetrator, they can label the abuse as ‘mutual’, they can dismiss our experience altogether and they can collude with the person causing harm. Community based research confirms this – so many don’t turn to them for help.

Only 5.9 per cent of people surveyed in the Private Lives 3 Report (2020) who disclosed domestic and family violence (DFV) indicated that they had reported their most recent experience of DFV to police.

Less than half reported feeling supported by the police during the experience – the lowest rate of support by any service used by a victim-survivor.

Domestic and family violence is understood as a pattern of behaviour using power and control to cause someone to live in fear. This definition is no different to the ongoing treatment police have directed toward oppressed communities since their inception.

We talk about keeping perpetrators of domestic violence accountable, yet police are free to cause ongoing harm with impunity. Why then do they think we would turn to them to keep us safe in our relationships?

Whether its savagely slamming an 18 year old into the ground at Mardi Gras or storming a queer bookshop in the dead of night and traumatically assaulting an innocent member of our community, the police are constantly reminding us of their modus operandi.

Their brutality is etched into our collective consciousness.

For refugee queers, Indigenous queers, trans women of colour, living at multiple sites of oppression compound their knowledge and experience of police terror.

Almost 500 Aboriginal people have been killed in custody since 1991, and just as Aboriginal Community Liaison Police Officers haven’t buffered Aboriginal communities from police violence, neither can LGBTIQ Liaison Officers alleviate the harm done to ours.

The criminal justice system is positioned as our primary response to DFV in society. Fortified by institutions of punishment, alienation and dehumanisation, it’s a system deliberately designed to entrench abuse, not stop it.

It’s time we de-centre this system if we want to get real about ending domestic and family violence.

We should divert our energy away from pinkwashed criminal justice responses to DFV and towards funding and resourcing an infrastructure of community based support systems for everyone impacted by DFV, including for those who cause harm.

A framework that offers us a collective strategy to do this is community accountability.

Community accountability frameworks remind us that it is within our community itself that we can find potential alternatives to the police. We already hold a depth of expertise, skills and resources among us, sharpened by years of experience and struggle surviving structural, social, familial and interpersonal violence.

We know what works best for our community to keep each other safe. We’ve survived a lot together and we know how to create nurturing spaces of support, healing and repair. We’ve been doing it for years.

It aims to address harmful behaviours in ways that are non-punitive and that affirm our humanity and potential to transform.

This framework invites us, in our responses to harm, to interrogate the genesis of interpersonal violence under capitalism. Harm-doing doesn’t just materialise without a social, political and economic context.

The process holds room for both healing the impacts of harm, while also holding to account the sources of harm. The characteristics of a community accountability process are unique and responsive to the context in which a harm takes place.

In instances of interpersonal violence, the person harmed has agency in determining potential consequences for the harm they’ve experienced.

It also gives people who have caused harm the space and time to pause and reflect on their behaviours, and to trust in a process of being seen in their full humanity.

They have the space to engage in a voluntary and committed process in transforming themselves and their interpersonal relationships.

This can be risky, messy and unsettling work. But this is where the potential is for us to respond to DFV in our community away from the state, without replicating the tactics of harm and abuse we have experienced from institutions like the police force.

This is where the potential is to act collectively with our own resources and with our own shared values as we work towards a liberated world for us all.