Victim blaming culture: Eurydice Dixon and the accountability of men 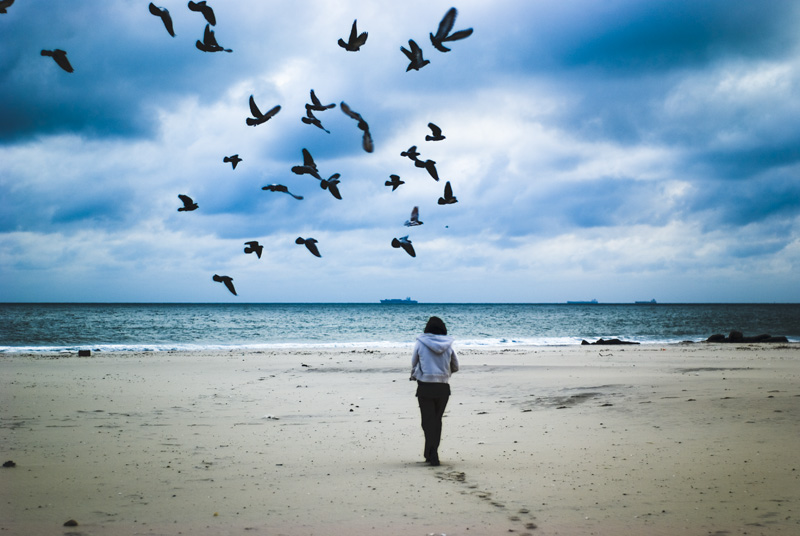 I’m walking down the street, headphones in and minding my own business, when a man drives by and slows down. He rolls down his window and yells out, “hello pretty lady.” A creepy grin appears on his face, revealing his disgusting mouth.

I feel a cold shiver run down my spine as I contemplate saying something back, before realising that my words will do nothing but further encourage this behaviour. I am powerless and he not only knows, but also takes pride in that.

Boys and men are rarely taught how not to rape. Photo: Amarit Opassetthakul. Licensed under Creative Commons 2.0.

Unfortunately, this is just the tip of the iceberg when it comes to sexual harassment and assault. I’m a 23-year-old girl from Canada who is well traveled. Regrettably, I have never experienced as much sexual harassment and assault as I have in Australia. I am shocked and dismayed by the level of inaction that takes places when a victim reports this type of behaviour to the authorities.

Near the beginning of my time in Melbourne, I was raped. A young man forced himself on me, unprotected, after I told him no. You grow up hearing “no means no” but apparently he didn’t get the memo. Being so far from home, without many close friends or a proper support system, I was left a little broken.

I never thought my experience of living in Australia would be shattered within the second month of calling it home. After the fact, I came to learn that the man who raped me without protection was a past heroin user. So not only did I have to deal with what had just happened, but I also worried about the risk of STIs.

About a month after the rape, I knew the only way I would be able to move on would be to report it, so that he wouldn’t rape any other women. The process of providing a statement was emotionally painful and tedious, but I was hopeful that I would get justice and could move on. The detective on my case appeared to be very caring and understanding about the situation in the beginning. I left the station feeling as if it would be handled effectively and efficiently. Boy was I wrong.

While I understand that the police deal with many reports similar to mine and are busy, I am absolutely infuriated at how my case has been handled. I was mislead about the time frame of the investigation and have been waiting months for justice to be served.  In the ‘Reporting Sexual Assault to Police’ pamphlet I was given from the police department it says, “During the investigation we will keep you informed of the progress and ensure your questions and concerns are answered promptly.” I received no updates for months.

The sad reality is that most rapists do not see jail time. In fact, statistics show that in Victoria from 2009-2010 only 3% of reported rapes resulted in a court conviction. I’m no longer surprised.

With the horrifying news of the rape and murder of Eurydice Dixon recently, it is clear that more needs to be done in respect to how reports of sexual assault are handled and the culture of victim blaming. The story of the 19-year-old comedian walking through a park and being violated really hit home. I used to walk through the park across from my street almost daily until I encountered a man that harassed me on two separate occasions.

It’s because of men like him and the one who raped and killed Dixon, that I take a longer route home every day. I constantly look over my shoulder, call someone when I’m walking home late at night and take other precautionary measures as many other women also do. Women shouldn’t have to modify our behaviour, but we do.

The culture of victim blaming is a huge issue associated with sexual assault. We see this problem arise whenever rape is mentioned. The victim is often questioned more than the rapist. What was she wearing? She should’ve been more careful, etc. The list goes on and on. When the police commented on Dixon’s case they said, “people need to be aware of their own personal security and just be mindful of their surroundings”. By continuing to place blame on the victim and encourage women to change their behaviour we enable the normalcy of men who raped and continue to rape women.

We need to stand together and demand change. Before this happened to me, I always wondered why women didn’t report rape to the police immediately or at all. Unfortunately, I now understand. By failing to take this case seriously and keep me up to date with the investigation, the police have failed me.

I deserve better from the people who are working to keep this state safe. Everyone deserves better. If we can’t trust the police to step up and do their job when we report a sexual assault, who can we trust?

Amy is a 23 year old Canadian with a degree in Communication Studies and English. Her love of travel and adventure has led her to visit countries around the world. She currently lives in Melbourne, Australia and you can connect with her on instagram @spellbound.travels