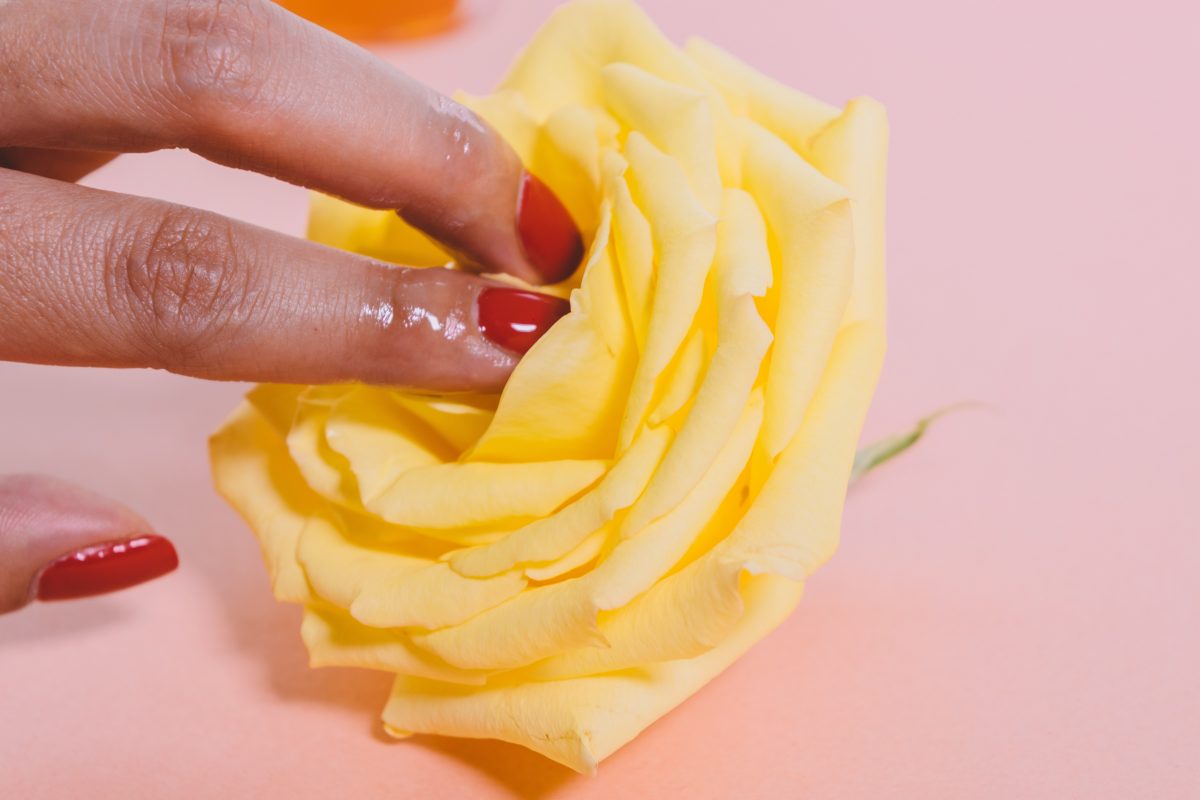 Last Christmas Day driving from Melbourne to Adelaide, my partner and I stopped in my country hometown. It was empty, dusty, sunny – just as I remembered.

As we drove past my old church, the full car park – an unwanted flashback of a thousand Sundays- made my stomach turn. Yet, a few hours later, I returned. The parking lot was now empty, and I took a photo.

Meghan O’Gieblyn writes in her collection of essays Interior States that to be a “former believer is to perpetually return to the scene of the crime.”

I grew up in the early 2000s, a time coinciding with the popularity of Joshua Harris’ book I Kissed Dating Goodbye.

According to Harris, romantic relationships exist for the intention of marriage, devoid of physical intimacy until the wedding bells ring. Selling over a million copies, Harris’ outlined strict codes around sexuality and pushed for ‘purity culture.’ The onus was on women.

Everyone around me loved the book. My older sister played Harris’ sermons when her unsuspecting school friends came over and stored household items in her ‘hope box’ for when she was a married woman.

Meanwhile, the pastor’s wife called me a slut when I wore a singlet on a 40-degree day. Grabbing my wrist, she sneered, “Think of the poor men who might look down when you walk past.”

Perplexed by my indifference, I read the Bible cover-to-cover. Finding inadequate discussion around appearance, sex or marriage, I submitted an anonymous question at youth group asking where I could find the ‘no sex’ rule.

The pastor retorted that Joseph fled the Pharaoh’s wife! I thought, “Isn’t that because of political danger, not because sex is bad?”

Unimpressed by his answer, I noted in my journal later, “God only cares if I am loving … whether I go out for a picnic or fuck my boyfriend. Love isn’t sin.”

I had sex on my sixteenth birthday with a death-metal-obsessed teenage guy I was secretly dating. It was as mediocre as first times tend to be (in hindsight, this apathy owed to being more sexually and emotionally interested in a female friend).

The same month, my sister got married. After we bid the newlyweds farewell mid-reception and partied on, I glimpsed her husband draw the curtains at their accommodation across the vineyard estate.

Impressed by my casual approach to sex, I ranted about my first time on Tumblr, “There was no pain or blood, I don’t feel different and I’m not guilty, but I’m not exhilarated either. It was a nice but menial moment. Church needs to stop being so obsessed with my vagina.”

Mum said if I had sex, she would jail ‘the man’ for statutory rape. One Christmas, she banged pots around the kitchen until apologising to my brothers, “Sorry, I had a dream your sister got pregnant.”

I told no one about my sexual escapades for fear she would find out. My friends would often tell me I was lucky to be a ‘virgin’ because sex would ruin everything, but after they made fun of me for being ‘too innocent,’ I let it slip.

They asked if I came.

While my classmates offered savvy insight about female pleasure, school mostly echoed religious dogma from home and church. I never learnt about consent (right and wrong sex was to do with marriage) or about healthy relationships (the wedding ceremony would ensure compatibility, respect and affection).

I knew nothing about sexual health (STIs were for the promiscuous) or about the validity of my queerness (like my G-spot, it didn’t exist).

Perspective came on the cusp of adulthood.

On my eighteenth birthday, the mother of my boyfriend-of-one-week died. I felt too young to know how to support him in his grief, especially in the newness of our relationship, but old enough to realise my incapacity to do so.

I sought advice from Mum and her best friend.

“How do I love someone who lost their mum? How do I take care of myself?”

“Dump him,” they told me. “A depressed man only wants sex.”

Ironically, we did turn to sex. It was a form of comfort in a chaotic time, a moment to relax when pain was overwhelming, and an escape from grief in those months and the next two years of lawyers, family feuds and estate settlements.

A happy and healthy sexual relationship was the therapeutic cornerstone of our lives.

Then, when all the pain eased, pleasure remained.

Purity culture continued to dance in my orbit. A friend had nightmares of wearing a red wedding dress as punishment for ‘impure’ thoughts.

Another friend told me I would be judged if I had a baby, but she wouldn’t because she was married. Another assured me although she was living with her boyfriend, they would do the right thing and get married.

As the years went on, my circles evolved until my de-facto relationship became normal, rather than ‘living in sin.’

Away from prying eyes assessing my worth against the moral pedestal of the ‘virginal bride’ and ‘submissive wife,’ I developed my individuality while experimenting with our relationship’s boundaries.

I started going on nervous bar dates with women, dressed for fun rather than for modesty, and, before COVID, my partner planned to move to the other side of the world.

Many ex-Christian friends who married in their late teens are now divorced, coming to realisations about sex and relationships in their late twenties.

I reflect on my younger self, confused but thoughtfully navigating sexuality rather than assuming it existed in a vacuum of sin or marriage. But I don’t understand why my perseverance overcame the indoctrinated shame.

From afar, I try to see religion as a lifestyle choice. For those growing up within the church, I hope a new wave of feminism, the #MeToo era (or the religious equivalent #ChurchToo), legalisation of same-sex marriage and access to sex education on social media gives a less distorted view of sexuality.

Recently, Joshua Harris withdrew his book from publication and apologised for its harm. But my hope shrinks when I see the Anti-Discrimination Amendment (Religious Freedoms and Equality) Bill make tides or think about how Australia is led by a member of Hillsong, a large, influential church teaching purity culture to children.

On holiday last September, I was choosing wine to go with our pizza. The Croatian village was pink against the sunset, the hazy coastline melting into the cool blue of the Adriatic Sea.

Then, my partner asked me about marriage. He thought it might be a nice way to celebrate six years of a happy relationship. I couldn’t fault his logic; he doesn’t share my religious history and its burdens.

I hadn’t thought about marriage since realising it was an unnecessary precursor to intimacy ten years earlier.

I wished I could think clearly but my body cringed, presented with what purity culture held most dear.

Why did I harbour dread at something so many find lovely? I couldn’t imbue marriage with new meaning; purity culture had tarnished it.

No matter how far you go, moving on from indoctrination is sticky terrain.

For this reason, I cling to the beauty of fleeing all that was ever presented to me as pure. I will shake off purity culture by forever learning to love, be loved and own my body, sexuality and pleasure, free of shame. That’s all I have ever wanted for myself.

Tahney Fosdike is a Melbourne-based arts worker and writer hailing from rural South Australia. She reads, thinks and writes about intersections between the visual culture and social discourse, and works with Arts Project Australia and the Environmental Film Festival Australia.