Purity culture and its grip on social media 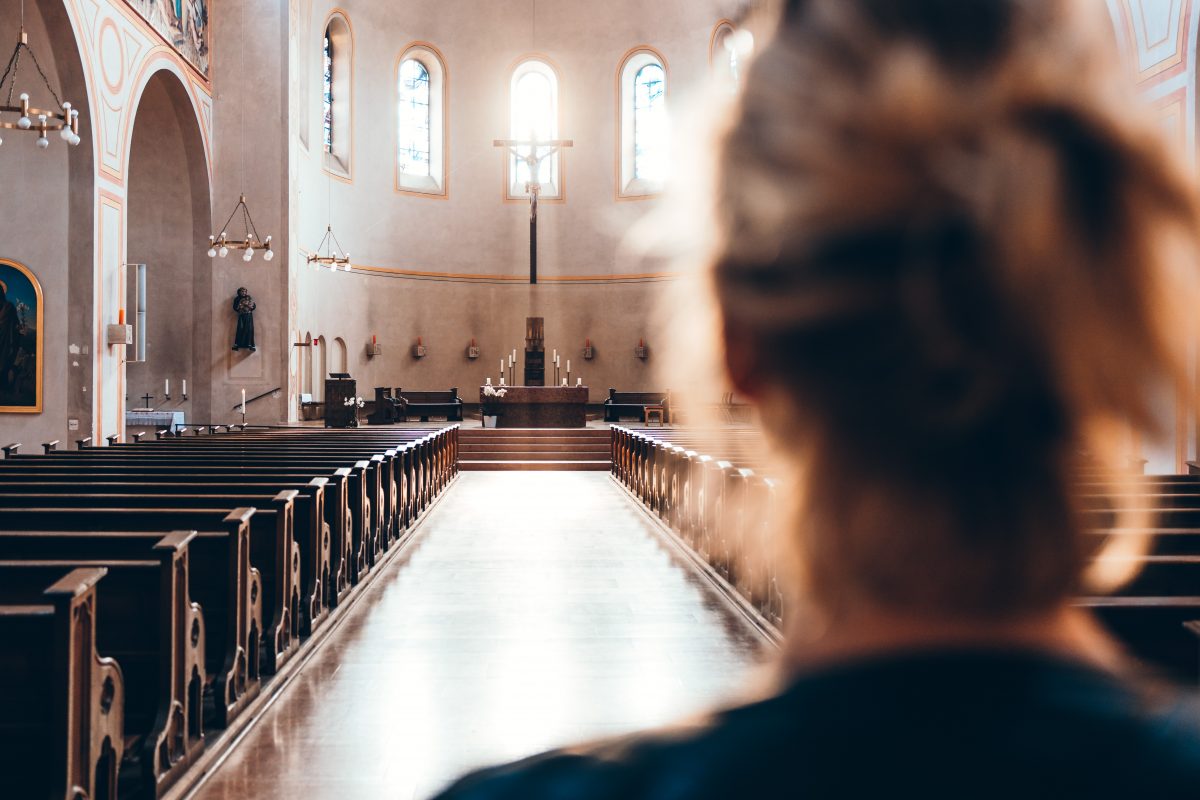 I joined social media late in the game. It was right after I graduated high school and entered college, in 2017.

My early experiences with the platforms were eye opening. For the first time, I encountered openly queer influencers and sex-positive educators like Matt Bernstein and Erica Smith. They created spaces where I could identify and unlearn harmful ideologies about female sexuality that I’d absorbed growing up in a Catholic community during the Purity Movement.

It didn’t take long, however, to see how purity culture had followed me onto the platforms – and to recognise the dangers it imposed to its young followers.

As one generation of young people – particularly queer TikTokers – create safe learning spaces for one another, groups of faith-oriented influencers and religious leaders have also taken to social media to reach new audiences.

They share a strikingly similar message surrounding sexuality, gender and bodily autonomy to what I learned at church retreats growing up.

Among the most well-known influencers is a pair of Texas sisters running Girl Defined, who I first encountered through a reaction video by one of my favourite drag queens, Trixie Mattel.

Mattel cringed throughout their video ‘How To Wear Makeup In A God Honouring Way’, while I felt my childhood hit repeat.

I grew up in the Purity Movement (late 1990s-early 2000s) in a small Chicagoland suburb in Illinois, during the height of popularity for abstinence-promoting organisations like Truelovewaits and Silver Ring Thing. In lectures, conferences and parental trainings, these organisations and their supporters emphasised different levels of sexual control, but often ones which put the brunt of sexual responsibility on women.

These groups wholly denied the existence of non-heteronormative attraction and non-cisgender identities. In extreme forms, they emphasised a sexlessness of mind and body prior to marriage.

Religious organisations often cemented these ideas in objects such as purity rings and pledges. Programs like balls were commonplace, where the rituals included the giving and receiving of a purity ring from a parent – typically a father to a daughter.

These rings and pledges followed people throughout their young lives and have become one of the most recognisable symbols of purity culture. This is what makes Girl Defined and other purity culture social media influencers so unique; their ideologies are bound in digital currencies – likes and shares – not physical ones.

Girl Defined describe themselves on YouTube as “two sisters striving to be God-defined girls in a culture-defined world”. Their videos cover a variety of topics, such as ‘3 ways Christian girls can promote Godly manhood’, ‘Why Christian girls should be beautiful but not seductive’, and ‘How to recover from being a desperate flirt’.

Throughout their content is a theme of godly womanhood equated with sexual purity of the mind and body. They push both modesty and shame surrounding relationships with – and attraction to – men.

Bethany Beal and Kristen Clark, the sisters behind Girl Defined Ministries, have faced a good deal of backlash in the last five years. One example of this is Girl Deleted, a YouTube account dedicated to documenting videos that have been taken down by the duo. Numerous therapists and influencers such as Cody Ko, Daz and Trixie Mattel have openly criticised their work in reaction videos, explaining the toxicity of their lessons about perfection and purity.

Much of their content focuses on heteronormative relationships, and often slides into becoming blatantly homophobic and transphobic. They push back on allyship with a video entitled ‘Why We’re Not Declaring Our Gender Pronouns’.

They hosted a similar podcast episode on ‘Same Sex Attraction’ with Ellen Dykas, an outwardly pro-conversion therapy minister. Their posts are littered with cisnormativity and harmful gender essentialism.

I was initially shocked by the bluntness of the Girl Defined duo’s language, but not surprised. These are all things I had heard before, just in a different context: sitting in a musty church basement. What upset me the most, however, was the repetition and endorsement of things I’d spent years unlearning.

These ideologies exist on a much more insular level within social media spaces, where algorithmic platforms can push people following any religious organisations or personal accounts to Girl Defined.

This can create echo chambers that exacerbate and isolate these beliefs, often without exposing followers to other avenues of understanding sexuality and gender.

How much harder would it have been for me to break away if I had learned these lessons online? If my network of friends, personal expression and the content I was consuming online were all proclaiming these beliefs?

It wasn’t until college – the same time I joined social media – that I learned what purity culture was and had the language to express how it had played a central role in my personal development and identity.

This revelation was partially due to conversations with other religious queer people. It was also from social media, where I encountered people calling out experiences and expectations from my childhood that I had learned were unquestionable.

Once I had learned about the term, I was hesitant to see my experiences as part of purity culture, because most purity culture resources and narratives I discovered online centralised the experiences of evangelical, white, heterosexual women. These narratives did not capture my own as a queer Catholic woman.

I know that if I had been pushed, or even recommended, to follow Girl Defined when I first joined social media, I likely would still believe and buy into these ideologies.

On an all-consuming platform in my pocket, where friendships exist virtually and instantaneous gratification comes from likes, this part of my childhood would have been so much harder to unlearn.

This is why I call attention to influencers like Girl Defined that perpetuate these beliefs through what can easily become addictive avenues. At least I could distance myself physically from these educators and objects, but I know I wouldn’t have been so lucky if they were on my iPhone.

Note: Throughout this article, I link to other articles and videos that you can explore connected to my argument, but I do not include links to Girl Defined’s content. Their accounts are readily accessible, and I do not want to provide any more foot traffic to their work.

Emma Cieslik (she/her) is a museum professional and public historian based in Washington, D.C. specifically interested in the intersections of religion, sexuality and gender in American history. Her research focuses include queer religion, purity culture, and material religion.