Teaching while LGBT: A whole-school rainbow 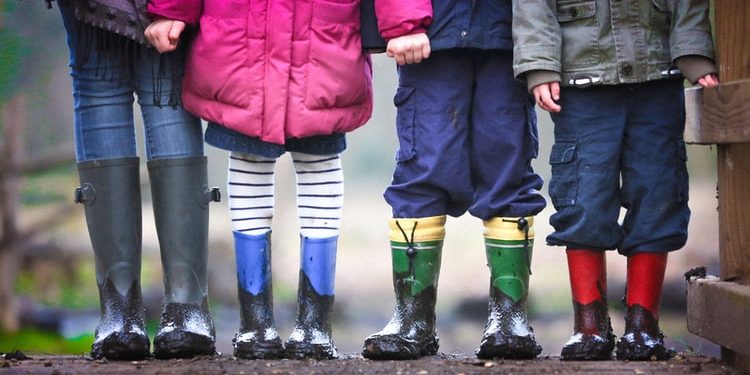 I have never had my sexuality thrown in my face as much as I have while teaching in Australia. Having previously worked in more ‘gay-friendly’ industries, it came as a bit of a shock. I had assumed schools had come a long way since my days in the schoolyard. In some ways they have, but it’s clear the preference is still that queer kids should remain invisible.

In 2017, when the fight for marriage equality was reaching its messy crescendo, I started my new career as a primary school teacher. I got through it with a closed mouth, mindful to guard my own ‘queer agenda’.

When the campaign was over, I expected to be able to take that queer guard down – but reluctantly, it remains in place. I am often delineating between rainbow flag-bearing or closing the closet door, whether responding to a parent’s request that their child’s teacher “is not a homosexual”, or a student innocently inquiring if I have a girlfriend.

This year, the LGBT community in our school has been more visible than ever. Most of the time, when queer issues come up, students and colleagues are keen to explore them and show their support.

Unfortunately though, it has not all been clear sailing. One incident in particular convinced me of the importance of making my difference visible in our school community – and the importance of the school’s support of me, and those like me, being made visible too.

Last year, I invited my colleagues to show their support for our LGBT community on Wear It Purple Day. It was an invitation, not an obligation, with no expectation other than wearing something purple. The idea was well received, so much so that it was suggested it could also be an option open for students.

Suddenly it became political. It had to be considered and looked into. Staff received an email, written hastily under pressure, stating the school would not be encouraging students to wear purple, and that teachers could do so as long as any explanation for their purple attire was mindful of the beliefs of all parts of our school community.

My students weren’t to know, when I walked into our social justice club meeting a week later, that this had transpired. My colleague and I run the club as an extra-curricular activity for kids to feel empowered about making their world a better place. The kids decide which causes to support and come up with their own ideas for how to do it.

In this particular meeting, I found myself in a compromising situation. The kids were keen to share their idea for a fundraiser with me: a free-dress day, supporting the LGBT community.

While the students just wanted to support a cause they thought worthy, their eagerness seemed like an ambush. They grew increasingly excited and their ideas grew increasingly fabulous, literally getting more colourful with talk of forming a whole-school rainbow, each grade wearing a different colour.

I considered their ideas and opinions, trying to remain as neutral as possible. Every part of me wanted to embrace their idea whole-heartedly and to make it happen, just as we had with all their other ideas. They weren’t to know the inner turmoil their innocent ideas had triggered.

One student was not as keen. She countered every comment with a reason she thought it wouldn’t work, her anxiety growing as the discussion wore on. I had a good idea of the internal conflict she was suffering. She was torn between supporting the club and staying true to her family’s religious beliefs.

Meanwhile, I had my own inner conflict going on. The email’s words became exaggerated in my mind – students shalt NOT wear purple… teachers shall be mindful of the beliefs of ALL our community.

In my mind I was already justifying the situation to a dubious principal and angry parents. I had a duty of care to this girl, but what about the rest of my students?

What kind of hypocrite would I be to shut down this conversation? What message would their gay teacher, facilitator of their social justice club, be sending by questioning the appropriateness of their inclusive and compassionate ideas?

There’s something buried deep inside me, inside that thick layer of queer skin that we develop, that manages to bubble to the surface. No matter how much I try to rationalise these experiences and put on my bravest, most professional face, I cannot help but respond emotionally.

The boy who learnt to feel shame about who he was is still there. He learnt this shame partly from words said out loud, but mostly from the silence that deemed people like him invisible, a taboo not to be mentioned.

In hindsight, the sentiment expressed to my school’s staff in the ‘Wear It Purple’ email was regretted, and the event became a catalyst for positive change.

Since then, much effort has been invested in making our school’s support more visible; consultation with Safe Schools, rainbow lanyards, laptop stickers, diversity posters, safe space stickers, updated school policy – and ‘Wear It Purple Day’ is back on the cards.

I am proud of my school’s pride.

My wish is for my school, and all schools, to come out of the closet. We should celebrate our support of the LGBT community, to make it visible and unconditional, just as we strive to be inclusive of other vulnerable groups.

As a teacher, I no longer want to be complicit in this. I don’t want to repeat the quiet repression that I was subject to. I will retain my ‘queer agenda’, because I am queer. I will continue chipping away, in the hope that I’m helping make the world a better place.

Michael is a primary school teacher and writer from Melbourne – both pursuits bring him joy, hope and inspiration. He particularly enjoys crafting stories that all kinds of kids can find themselves in.