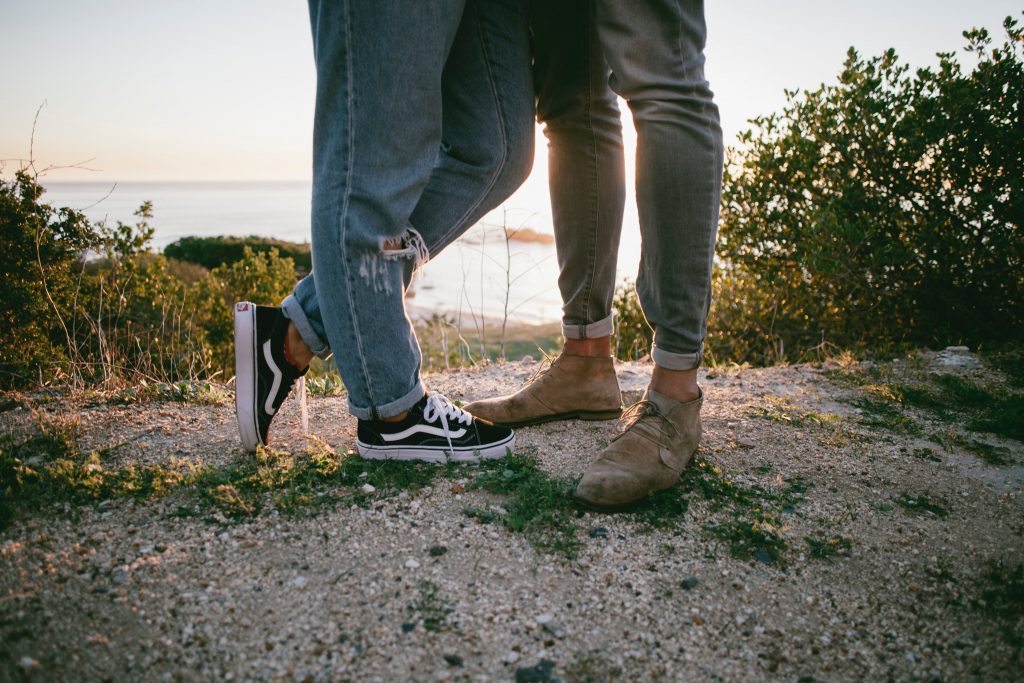 Sometimes, queerness is associated with sexual freedom and experimentation, often in the form of promiscuity. This assumption is used in very different ways: on the one hand, it’s an idea perpetuated by those who fear queerness as a threat to the ‘natural order’, chaotic and radical, lacking structure.

But on the other hand, this sexual freedom has helped members of the LGBT community liberate themselves from sexual oppression and the constraints of normative binaries. As has often been the case throughout queer histories, ideas and actions are reclaimed, and twisted into modes of empowerment.

And yet, I often wonder about this assumption, that queerness might bring with it sexual openness or an eagerness for sexual exploration. I wonder because my own identification with queerness has played out entirely within monogamy.

My partner and I began our relationship six years ago, both teenagers, and both fairly convinced that we were straight.

I have spent a long time asking: how can I open myself up to sexual freedom and experimentation, to change and liberation, within the constraints of a practice as structured and traditional as this one?

For my girlfriend and me, monogamy is largely defined within the parameters of the cultures in which we were raised. In our communities, the expectation is that you fall for someone in your late teens or early twenties and then build a life with them: go to university, enter a dependable career, buy a property, get married, move out together, have children, and so on.

All of the relationships I saw within my family growing up, and the ones I still see around me, tick the boxes of this model fairly religiously.

My partner and I work towards these conventional milestones as well. In part, I think this is because we know we have disappointed some people in our families by the fact that we are two women together.

We compensate by proving that we can uphold at least some of their ideals. We distance ourselves from ‘sexual freedom’ in the typical sense and instead work towards the ways in which we can make our families proud, by being educated, successful in our careers, financially stable, and strictly and exclusively monogamous.

In this way, we are a fairly classic ‘model minority’, pulled into line by shame and fear, pressuring ourselves to be the perfect package of what a same-sex couple can be.

But monogamy is not merely a ticked box. For me it’s also a site of dynamism, change, learning and curiosity. Over time, I’ve learnt to explore my sexuality within monogamy.

Sometimes we talk about these things, sometimes there’s no need. We find small ways to reinvigorate monogamy as our own tradition, to transform it into something that works for us.

During last year’s postal vote, queerness was represented by the Yes campaign as overwhelmingly monogamous, cisgender, white, and gay or lesbian. The ‘yes’ result was bittersweet for my partner and me, having had to watch the ethnic communities in which we were raised almost entirely excluded from any engagement or representation by the Yes campaign.

But I also understand why the campaign used this strategy and invoked monogamy as clean, wholesome and safe; anything but radical. When in a desperate scramble to motion progress, sometimes the instinct is to dilute your argument and make it a more palatable commodity.

I know I do this myself: I manage my queerness, and settle for tolerance of my relationship rather than acceptance. I’m not at all ashamed to do this because it’s how I keep my connections to both my sexuality and my community strong and balanced.

I do hope that one day I won’t feel as apologetic for my sexuality. But that confidence will crescendo slowly and would not benefit from a reactionary ‘pride’ in sexual liberation.

People shouldn’t be expected to shake off the feeling of having been made to feel inferior, nor should they be expected to abandon the traditions or practices that connect them to their families, communities and histories.

Instead, it’s better to try and acknowledge these traditions as perhaps less rigid than they immediately seem, themselves the sites of change, questioning, expression, resilience, curiosity and creativity.

These qualities are ones which have punctuated both my queer ‘awakening’ and my simultaneous monogamy. I recognise this now as a radical sexual liberation in itself, confined to convention, yet also transforming it from the inside.

Id Ioann is a writer and bookseller. She lives and works on Gadigal country.