Out of the Archives: The story of Sandra Willson 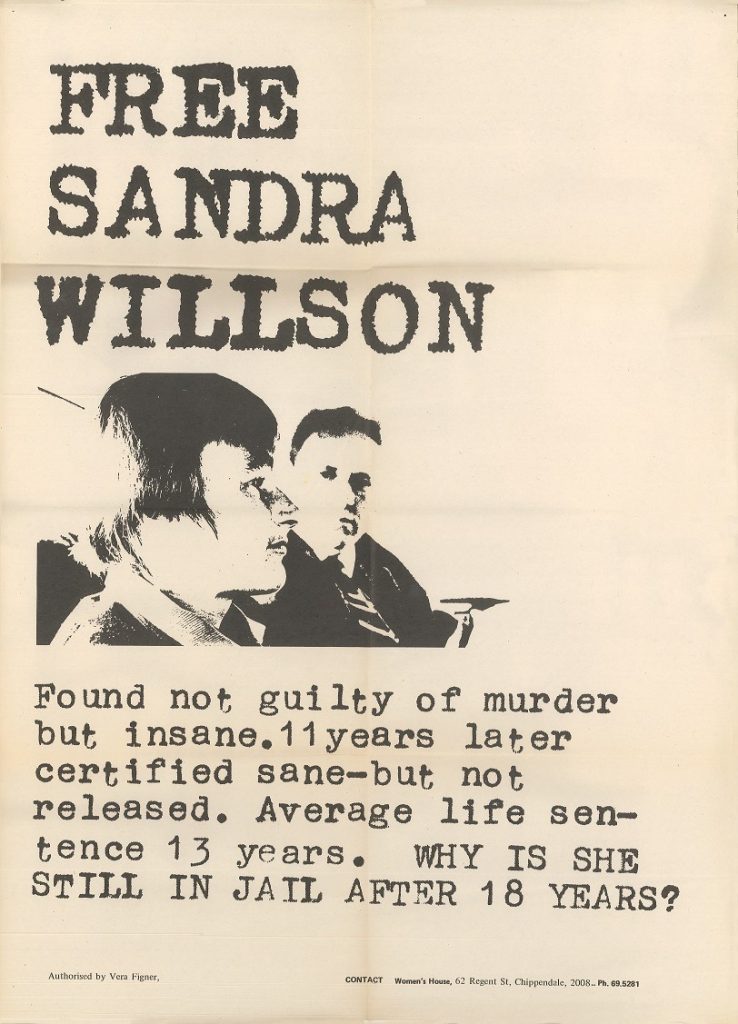 Historically, queers have been targeted by state violence, and still are today. It is no wonder that so much of our history is also tied up with the struggles for prisoner rights, and prisoner support. There are two key examples of this at ALGA, which are the focus of this piece, and the next edition of Out of the Archives.

Let’s begin with Sandra Willson’s story, from the archive of Women Behind Bars. Born in 1939, Sandra was ridiculed most of her life for being a lesbian. At 17, she was living with her girlfriend and that woman’s mother found letters that Sandra had written to her.

The mother reported Sandra to the police, in a time where homosexuality was illegal. Lesbianism was not illegal. It is difficult to know why this was the case, but it is quite possible that some of the reason was due to the commonly held 19th century belief that unlike men, women did not have strong sexual desires, therefore the possibility of women being sexually attracted to other women did not occur to male politicians of the period.

Lesbians were, however, harassed and criminalised by police under a range of offences, including ‘offensive behaviour’ laws which were used selectively against lesbians and gay men in most states.

Sandra was sent to Parramatta’s Girls Home. This institution has been exposed many times for its horrendous cruelty, abuse and neglect. It was where a lot of women who transgressed sex and/or gender norms were sent to be “reformed.” It was also where many Indigenous young women were forced to live, away from their families, and treated horrendously.

The history of this place is gruelling. Sandra was forced to undergo aversion therapy, which we know is deeply disturbing and potentially highly traumatic. 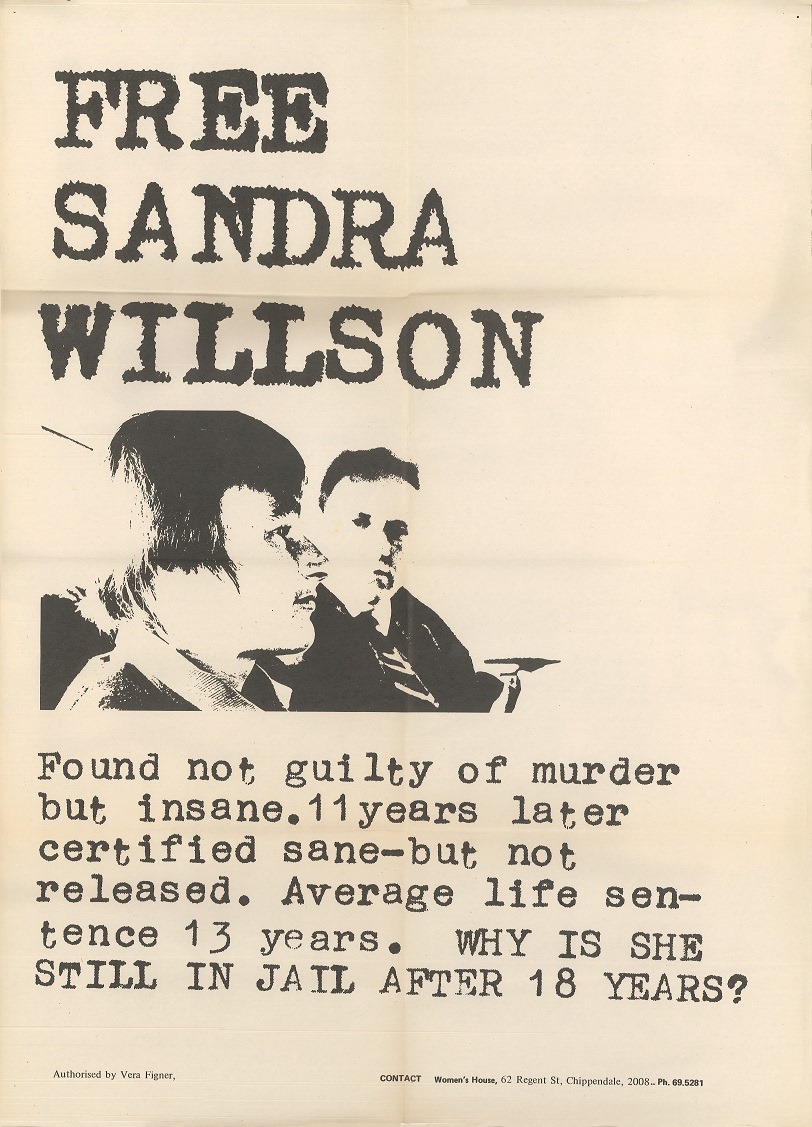 When Sandra finally was able to leave, she started training as a nurse at a psychiatric hospital. There, she struck up a relationship with a woman. However, the other staff realised and convinced the woman it was immoral. The woman ended it.

I went into a state of shock… I felt like killing myself on the spot… By a long train of events I decided that killing myself alone was no good – people would be glad to see me gone – so if I killed one of them, ‘society’, someone would cry and possibly be sorry that they had interfered in my life and my right to live.

Sandra then killed a random taxi driver. She handed herself in to police a few days later.

Her hearing lasted a few hours, as a psychiatrist said she was insane, and the jury voted to have her committed, the year was 1958. In 1971, she was declared not insane, and sent to Silverwater Correctional Centre.

She was never convicted and sentenced to jail time, due to the claims of her insanity, so therefore it was questionable why she was transferred to a prison.

Sandra Willson is still in jail for two reasons: she has survived every attempt to crush her will and, while she repents her crime, she does not repent her lesbianism.

Sandra Willson was finally released after 18 years of incarceration. She became an activist on the outside as well, and established Guthrie House, the first halfway house for women exiting prison.

Sandra’s story is important in queer history, because she doesn’t fit the neat box of happy families and white weddings. Queer solidarity with all prisoners has always been important because queers are often subject to state violence, as the archives demonstrate, and as we still see today both in Australia, and around the world.

Read more stories about: activism, history, lesbian, out of the archives, violence