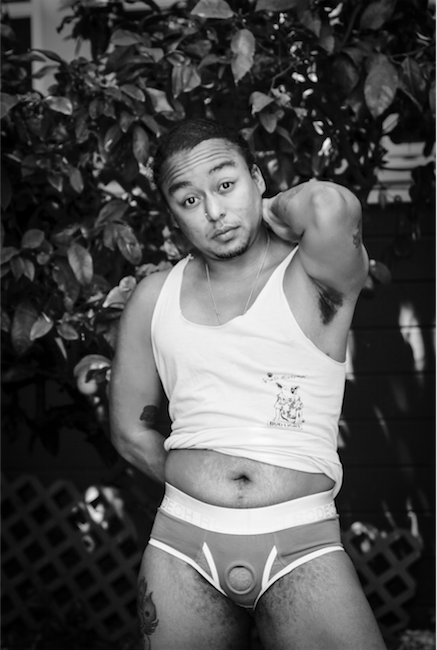 When the average American girl turns 18, she typically does one of a few things to celebrate: smoke, binge-drink, or maybe hang out with older men.

The day I turned 18, however, I was skipping school to meet a submissive with my pockets full of partially-eaten Snickers minis, birthday money from my grandma, and a half-empty can of expired pepper spray.

As more transgender people gain access to hormone replacement therapy and gender-affirming surgeries, I am now part of a small but burgeoning group of sex workers who have had the experience of working as both men and women.

He’d compensate me in various ways in exchange for emasculating him, blowing him and roughing him up in the canyon behind my high school. Although I didn’t realise it at the time, Mondays, Wednesdays and Fridays, between world arts and economics, I was regularly seeing my first client.

The experiences with him and his frat brothers allowed me to start working online, filling a gap in San Francisco’s market of female sex providers. After about eight weeks of these transactions, and just days before my 18th birthday, I began an internet search that would change my life.

My search initially began in the hope of finding a name for what I was doing. I came to learn I was engaging in fully-fledged independent sex work, and could begin using the emerging avenues of cybersex via Craigslist and the now shut-down website, RedBook.

After a few hours online in my school computer lab (this was before adblocks were installed on all school district computers), I realised that I could easily acquire more money in two hours than a flock of frat boys were able to pony up in two months.

Sex work, like any other service industry profession, is a community effort. Like retail workers, our workforce provides support and protection for each other. For example, I received the helpful advice to avoid going straight to the client’s house my first time out, instead meeting at a neutral location in an area I was familiar with.

For anonymity, I’ll refer to my first client as Reel Big Fish or RBF. We hit it off surprisingly well, and found we had a mutual interest in astronomy. This resulted in us fucking on an impromptu trip across the Golden Gate Bridge, after locating several constellations over the San Franciscan skyline with a compass.

Although to this day that session was probably my most high-risk encounter, since I was isolated and had no cell-phone service, RBF was obedient, awkwardly charming, and apologetic about blowing his load on my velvet Jennifer Lopez-brand jeans within minutes of me taking off my shirt.

My transition from female to male in 2011 and use of hormone therapy sadly necessitated a break from sex work. Suddenly, I found myself stymied: I was too male for heterosexual male clients, but not female enough for the bisexual ones looking for a best-of-both-worlds experience.

The final straw for my time as a female sex worker was being fired from a regular gig when my natural dick, which is about the size of a human thumb, “got in the way of” his. It became glaringly apparent that I needed to work as a male full-time.

Unlike survival sex workers, and the hundreds of girls and women identified in the inaugural count of sex-trafficking in San Francisco, I have predominantly engaged in sex work of my own volition.

This is rare for the Fillmore district of San Francisco where I grew up: during my youth, the Fillmore had some of the Bay Area’s most notorious turnout spots (a public location where girls are often abducted or coerced into working) and kiddie tracks (streets known for high volumes of underage women who are trafficked).

As a woman, most of my outcalls were done in various hotels in San Francisco, which I was extremely familiar with due to my family’s heavy involvement in the local hospitality industry – I had been in almost every five-star hotel my city had to offer before my 12th birthday.

Sometimes bellmen or concierges would shake their heads as I waltzed by with men they knew damn well weren’t of any familial relation to me. I recognise now how privileged I was not to have been physically assaulted, or harmed in ways that require deep emotional healing.

Due to the specificity of my pre- and post-transition markets, my clients have never been affluent or very indulgent. Most of them are working-class, or living humble lives despite their means.

They are often white, conventionally unattractive, and nervous when we aren’t playing, which has allowed me to pursue a kind of go-with-the-flow approach, which later became the defining factor of my brand.

More often than not, my clients’ needs were rooted in a desire to interact with feminine energy and differing anatomy, while also relinquishing the emotional or physical control they possessed in their everyday lives.

Many people assume men who are into masculine women are gay, yet most of the men I met were average, heterosexual guys, seeking consensual experiences with confident but sweet masculine women, who know when to flip the switch and become relentless dominants.

A lot of my work as a woman was kink-based and not highly sexual, which is an extreme contrast to the work I now do, as a male who is almost exclusively booked for penetrative sex of some sort.

That’s not to say I never saw clients for blow-and-gos, or as close to an overnight as I could provide as an 18-year-old living at home.

Unlike the pitfalls of dating while trans, with clients – and especially gay male clients – the terms are clear and unambiguous. There is no coyness, no mating dance. I know they want a male companion who is polite, adventurous and submissive, and they know what I can do with my mouth and that my preferred orifice (my ‘bonus hole’) is much easier to navigate than the anus of a cisgender man.

As long as things remain professional and on-schedule, everybody wins.

Once our terms and forms of payment are negotiated (I prefer to work in cash but have accepted bitcoin, clothing, giftcards, food, Uber credits, bus passes, frequent flyer miles and event tickets), the rest is up to a few variables, and securing an encounter that is safe and pleasurable for both of us.

I count my lucky stars that I have never been robbed or assaulted, like many other sex workers have. That said, in my early days, before I knew how to set boundaries, I did have a client pull off his condom and the gold chain I was wearing at the end of our session, which was a real wake-up call for how dangerous this line of work can be.

I’m unsure whether it was my own intuitive nature, the hyper-vigilance of ‘growing up in the ghetto’ (which can cause complex PTSD), or the watchful eyes of my ancestors, but I have always been able to choose how and where I work.

I also wholeheartedly believe I avoided the all-too-common forms of exploitation in my career because no-one ever suspected I was having sex with men.

Even when terrified, exhausted, dysphoric or disinterested, I was never scripted or mechanical. Each John, Joe or Jimmy of mine got an experience that was unique to their energy and, if they treated me with respect, there was always the potential for an honest emotional connection, even after we stopped seeing each other.

For instance, when a bomb-scare happened in my neighbourhood, I received a frantic email from a former John who now lives overseas, but was worried I might be in danger. Confused by his email, I googled it and realised he had alerted me to an issue in my own area before it was even reported to me.

Whether it’s my model minority work-ethic, female socialisation, or what I nickname ‘the female disease to please’, I always work hard at answering queries immediately, posting ads frequently, and using my chronic insomnia to be available at odd hours.

In my best academic breakdown of sex work, I’ve been able to isolate that the ‘possession’ paradigm is often replaced with a ‘selection’ paradigm when I’m relating to clients. As a professional Dom, I can tell men how to please me, and they will do it without question. If they do ever question me, there are consequences.

When I worked as a woman, it was about cisgender white men stepping back from their place of privilege and letting me take the reigns. Now, as a transgender man, it is about them asserting those privileges.

The rejection of privilege is honestly a very sexy dynamic, and one I often wish I still had access to.

Sadly, very few white men are into the idea of being dominated by men of colour. This reality has required me to set aside my personal politics in order to occasionally dabble in race play, meaning that if a man wants to vocally dominate me with racially fetishising language like ‘latino cholo’ or ‘ghetto thug’, I play the part regardless of how disgusted or triggered I may be.

As a former foster youth who is low-income, disabled, Mexican, black and now living as a transgender person, I am certainly at the bottom of many pecking orders, which drives me to ensure my autonomous survival.

Yet my rates are forced to reflect this hierarchy, which means high-end escorts and white transgender men can charge triple or more for the same experience provided by me, or by street-based sex workers, who are often trans women of colour.

Because of micro-aggressive oppression and transphobia, I must charge my clients up to 60 per cent less than cisgender rent boys and at least $50 less than white female-to-male (FTM) sex workers.

For this reason, I spend a lot of my time surviving rather than luxuriating, and my body and personality reflect that, which makes staying in the game that much harder.

Where many transgender women or high-end cisgender escorts can work full-time, I cannot, due to the emotional and physical demands of life as a disabled person of colour.

Being a renegade also means I have zero physical protection and community support beyond the internet, friends who are also in the industry, or whoever I assign the task of checking in with me after clients.

For me, it all comes back to finding a sense of agency and financial dominance. This shocks most people, because sex work is typically perceived as a total lack of control, and the selling of one’s body.

In reality, it’s been one of the few places I could escape the unhealthy single-parent household that led me to seek out economic empowerment in the first place.

Despite a decade in the industry, I am still very much a unicorn in my line of work, because I have never worked for or with anyone else, and I still struggle financially in ways that other sex workers (even FTM ones) do not.

Although I count myself incredibly privileged for being able to experience sex work from multiple angles (pun intended), the different gender configurations I’ve experienced over my life have also made me extremely isolated.

I’m a sex worker without someone there to market them, but I’m also a fiercely independent sex worker, who doesn’t answer to anyone else.

Devon Wipp is a mixed-race genderqueer femme and intersex transsexual artist, activist and LGBTQI advocate born and raised in San Francisco, USA. When they are not fucking other artfags and femmes, or fighting the patriarchy, they find comfort in rituals of creativity, healing and
skill-share.