Bi in the public eye: The erasure of bisexual women from the celebrity biopic 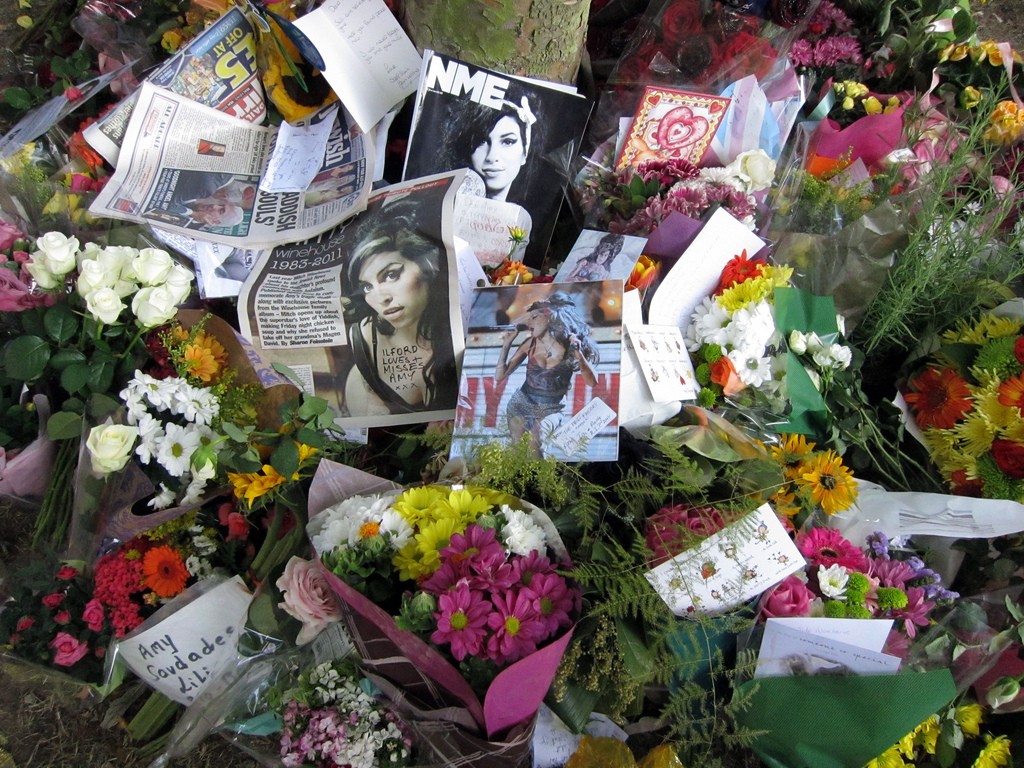 A few months ago, I was given the opportunity to indulge in the delightful collision between popular culture and minority politics at the Melbourne International Film Festival screening of Little Girl Blue.

As the title may suggest to loyal fans, Amy Berg’s 2015 biopic presents a sprawling map of Janis Joplin’s life, her incomparable talent, and the accumulative struggles that ultimately lead to her death.

It is a rare treat for both queer communities and queer history enthusiasts such as myself to see our life’s work and rich histories projected on the big screen.

What the film fails to do, unfortunately, is flesh out the role that queer love and identity played in Joplin’s life. Like the Amy Winehouse epic before it, Little Girl Blue continues a frustrating tradition of erasing the queerness of our public figures.

In the specific case of the bisexual woman celebrity, her sexuality is overlaid with both misogynistic and heteronormative scripts that satisfy the popular collective narrative of Wild Women in the spotlight.

Almost all of the sources of LGBTQIA+ storytelling reflect the hegemonic violence of history itself  – written almost exclusively by and for men. This makes mining for queer femme stories a difficult, yet increasingly essential task. 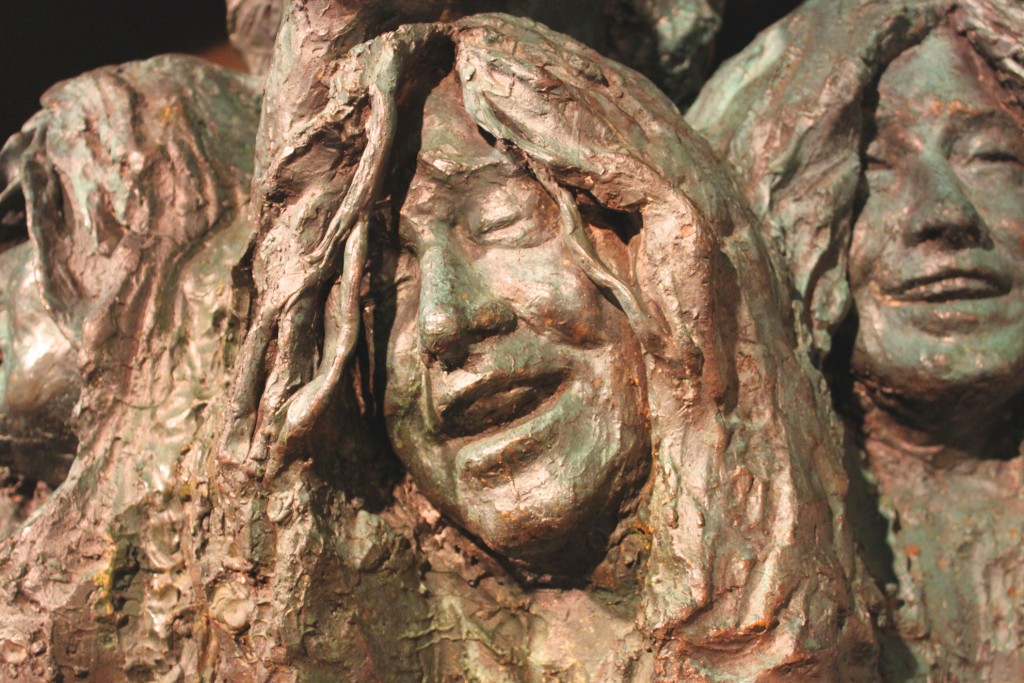 Joplin is pictured immortalised in stone at a museum. Photo: Looking for Janis. Licensed under Creative Commons 2.0.

Queer writers and historians have taken on the work of unravelling the binds of patriarchal authorship in a number of ways. If our queer ancestors were prevented (systemically, coercively, and often violently) from stating the truth of their lives and loves, we can often follow the tracks of these realities through their art, the letters they wrote, or even, perhaps, the more overt code of a ‘Boston Marriage’ (19th through early 20th century terminology for “galpals”).

In the case of Little Girl Blue, time is on our side – a combination of public record and social progress are able to meet in order to construct new meanings for a modern audience. Queer crowds are given the rare opportunity to see our shared histories made tangible through the lives we see afforded public reference.

You need only to peruse any rudimentary list of “Famous Queer Women” to find Joplin. Since the dubious honour of being inaugurated into the ‘27 Club,’ Joplin’s queerness has been elucidated via relatively public accounts of her relationships with Peggy Caserta and Jae Whitaker, the former a long-term friend and lover, the latter a musician and activist Joplin met at a gay bar in San Francisco in 1963.

Observing Joplin’s queer trajectory presents a delicious mixture of queer self-coding – the original footage of her performances practically oozes a distinctly queer appeal – as well as the lived and explored element of her difference (and persistence) within a predominately white, masculine music scene.

It seems odd to this queer viewer (and I am certainly not the only one) that Little Girl Blue does nothing to connect these “moments” of identity politics in action, but rather scatters them offhand in a narrative structured almost entirely around the numerous men (musicians, family members, lovers) who observed Joplin’s long-term battle with mental health and addiction.

By comparison, Jae Whitaker, a queer woman of colour, is given mere minutes to discuss her pivotal relationship with Joplin. All details of their time living together, the pain of the challenges they experienced and the insights Whitaker hold are trimmed to fit a narrative frame that continues to render these details ‘irrelevant’ to the big picture of masculine authorship and divine introspection.

2015 was an abundant year for bisexual erasure and the Amy Winehouse biopic follows a similarly restrictive format to that of Little Girl Blue. In fact, one could argue that Amy makes the favouring of masculine “meaning making” over lived queer identity even more explicit.

The film bounces between two failed attachments with the men central to Amy’s life – her co-dependent and addiction-enabling husband Blake Fielder-Civil, and her opportunistic father Mitch Winehouse – cut together with mawkish footage of a youthful, carefree Winehouse, ‘untarnished’ by fame and addiction.

Unsurprisingly, her exploration of sexuality and gendered expectations don’t make the cut, despite their prevalence in Winehouse’s song writing and public persona. Perhaps it should be refreshing to have father, ex-husband, and management painted as culpable parties in her escalating struggles with drugs and alcohol.

Instead, Amy seems to peddle the good-girl-made-bad stereotype. Again, normalised scripts of addiction and volatile femininity under the spotlight have obfuscated much of what society could and should garner from Winehouse’s life and death: the reality that compounding factors of marginalisation and isolation can have disastrous consequences. To further silence Winehouse’s autonomy and selfhood in death only perpetuates a vicious and exploitative cycle.

If bisexual identity is perceived as a point between heterosexuality and homosexuality where both Joplin and Winehouse became merely ‘stranded’ as the result of their fast-paced, volatile lives, an opportunity for closer and more nuanced understandings of these figures is surely missed.

When identity erasure becomes a default pattern, we not only miss the opportunity for authenticity in our media, but also lose sight of the capacity for better representation and visibility in our own lives. Discrimination often manifests in what is left out, whose voices are heard and how much space they are allowed to occupy.

By omitting the ways in which identity is both political and constantly politicised, the biography genre is compromised by the socio-cultural realities it suppresses and the lives that continue to be displaced as a result.

Cece is a queer, non-binary feminist killjoy, political agitator and writer. Recently graduating from their degree in Gender, Sexuality and Diversity at Latrobe, Cece’s current activism and research is mainly geared towards improving the sexual education and mental health of LGBTQIA+ youth through the Arts (and beyond). You can find out more about them and their rantings on queer genealogy, politics and mental health through independent publications such as SNAP journal, http://anaffliction.com/ and The Safe Schools Story Project, or follow them on Instagram: @sadgrrl91