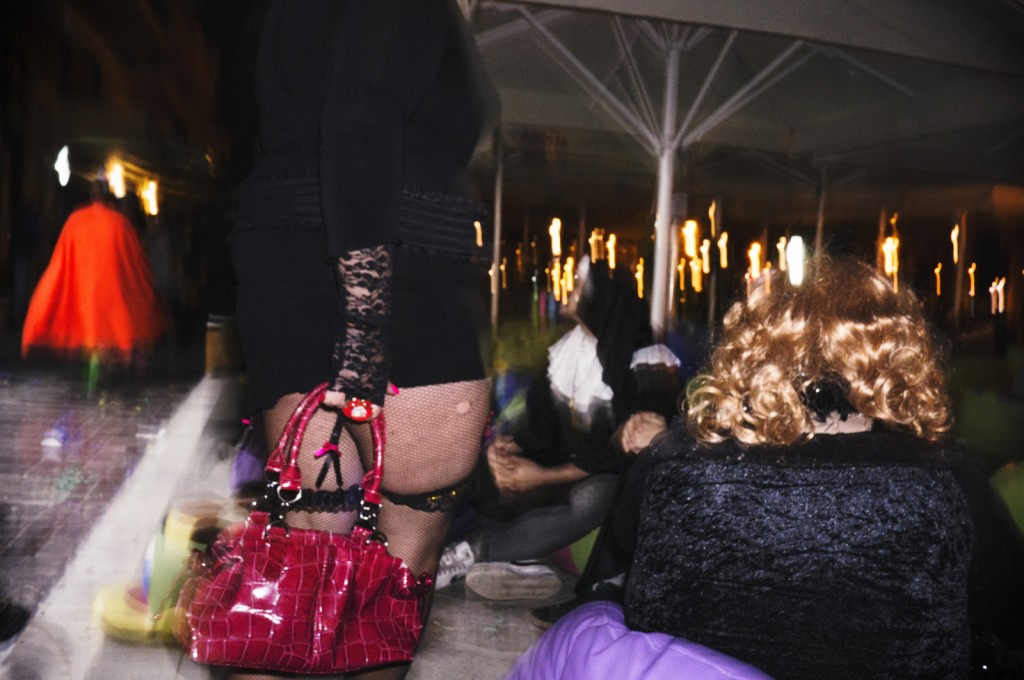 Trigger warning: This article contains descriptions of homophobic behaviour and stigma around STIs.

“Oi! Lez be friends! Lez hold hands! Lez be friends!” Two teenage boys followed my girlfriend and I down an empty backstreet of Glebe, heckling us. We kept walking and avoided looking back. Eventually, they yelled some final slur and ducked down an alley, laughing.

This encounter will be familiar to many, because many of us have responded to homophobic situations by simply walking away. These aggressions are never pleasant, but they don’t usually weigh on me too much. A recent trip to Broken Hill changed that.

I was running some regional classes for people with disabilities with my colleague and friend, Stu, and my trip happened to coincide with the Broken Heel Festival in western NSW. By that, I mean I painstakingly rearranged the rest of my dates so that my Broken Hill trip would coincide with the festival. All this was for good reason: the festival had transformed the town spectacularly; ACON’s HIV rapid testing bus had set up shop, glitter-covered hay bales sat outside The Palace Hotel, and ABBA was on constant rotation in cafes across town.

With our work commitments over, the festival running mainly at night and a damn near perfect day of weather ahead of us, Stu and I decided to explore. We set off for nearby Silverton and Mundi Mundi Plains, took selfies, pumped Cold Chisel and derived genuine happiness from the sparse outback. Faced with a few extra hours in our day, we decided to visit the South Australian border.

Arriving in Cockburn, the absolute smallest town I have ever been to, we drove up to the local pub. Although the dust and the heat were the same as Broken Hill’s, the differences between the two towns were stark.

We said our hellos at the bar and ordered a bevvy. Ushered outside, we sat with three old locals as they regaled tales of Cockburn’s rich mining and railroad past, and spoke of their own family histories. We were enjoying ourselves before the conversation soured.

Two of the men started discussing politics. They agreed that Australia started going downhill when “that lesbian bitch Gillard was in power”. Stu and I made eyes at each other but continued to sit and listen. 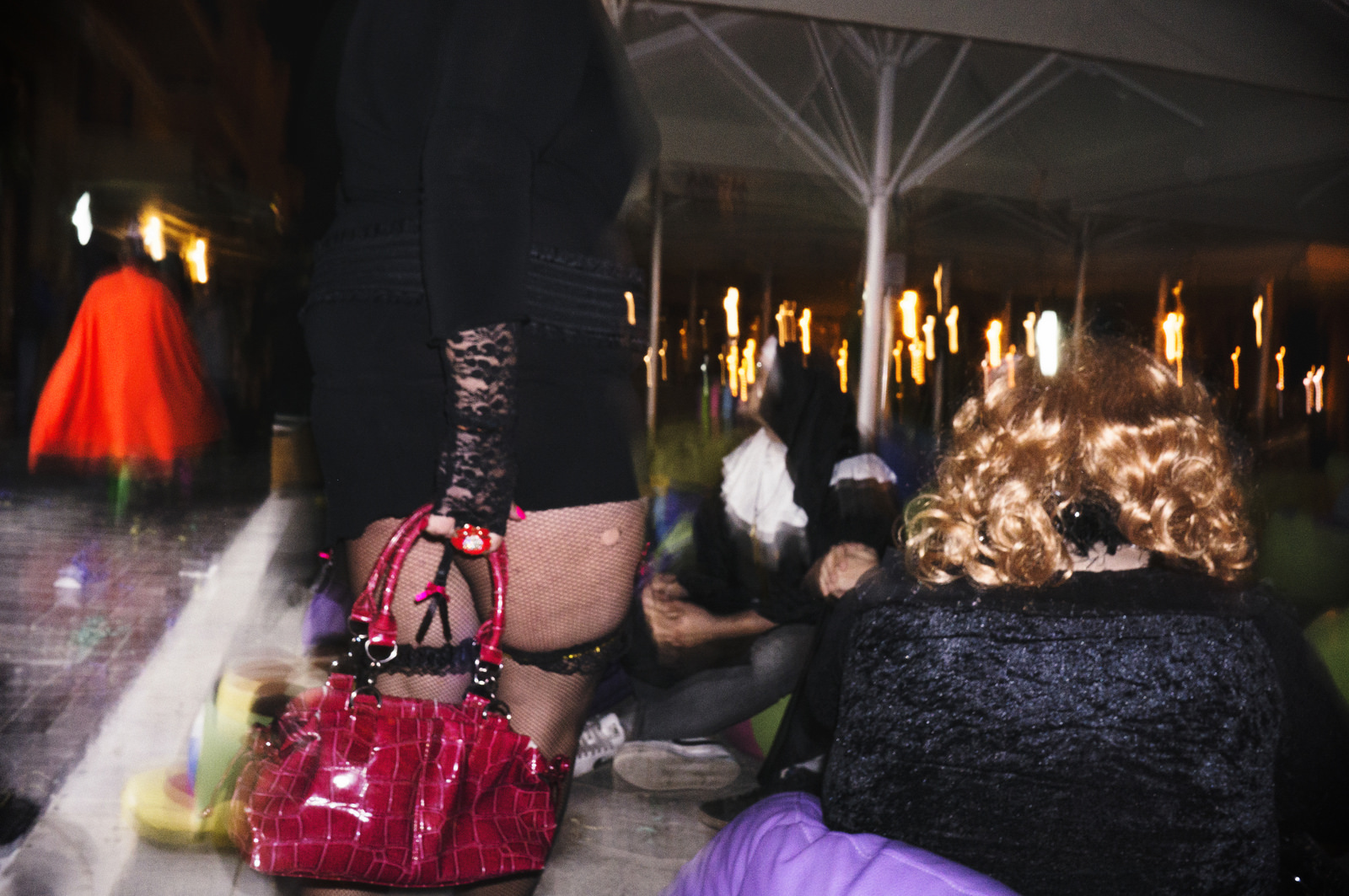 The Broken Heel Festival is an annual tribute to the queer legacy of Priscilla: Queen of the Desert, held in Broken Hill, NSW. Photo: Spyros Papaspyropoulos.

Then a ute full of men in their early 20s pulled up. I don’t often feel comfortable around large groups of young, straight-presenting men, and this instance was no different. They were Broken Hill boys heading out to a friend’s property for the weekend to run amok. Old mate responded, “Well, better to leave than stay in town for that festival they’ve got on. That ‘Broken Heel’ thing.”

The boys laughed in response. “I saw they’re doing HIV testing too. Disgusting, probably gonna give the whole town AIDS.”

“It’s sickening. What are they doing bringing that shit to a town of miners?”

From the casual tone of the conversation, it was clear that homophobia was customary between them. Stu and I got up and stopped listening. They were demeaning Priscilla, being overtly homophobic, and failing to see the need for queer exposure in rural communities. I wanted to block it all out.

As we drove away, the emotions flooded in. The should’ves, would’ves, could’ves. I was angry and upset, but mostly at myself for not saying something. Anything. Even just, ‘Fuck you’. I played Cher to soothe the pain but for once she wasn’t helping.

Stu, a straight man, was fuming, too. I sat there rehashing the articulate responses I could have given to their ignorant comments. This was my identity they were attacking – a core part of who I am.

I felt like tackling their homophobia was my responsibility. Sometimes just meeting queer people can be the first step to acceptance, and that was my chance. I had the privilege of being able to leave. If someone they knew was grappling with queerness, that kind of conversation could be traumatising, and some might not have the freedom to leave.

When I wonder why I felt this obligation, I think of the struggle of some queer people’s upbringing compared to the privilege of mine. I grew up and went to school in inner-city Sydney. I bring my girlfriend to family Christmas, have my pick of queer parties every week, and speak openly about my sexuality at work. When I realised that boys weren’t the only ones that float my boat, I was supported by the accepting culture I had spent my entire life in. Others do not share my privilege. Calling out homophobia when I see it is one way that my privilege as an urban and comfortably out queer person can effect positive change.

Yet we can’t all be responsible for confronting every instance of homophobia we encounter, regardless of our privilege. We learn early on in life not to fight fire with fire. Broken Heel festival provides valuable education, exposure and outreach to rural communities rife with suffocating notions of gender and sexuality. But the sad reality is that these men and so many other homophobic people like them won’t ever bother to give the festival the time and attention it deserves, despite having so much to gain from the wisdom it holds.

Back in Sydney, as I stand in the line for a queer party, I’m not wary of potential aggression. If I did experience overt homophobia in a gay bar, I would be genuinely taken aback. Whereas walking down an implicitly hetero street in an implicitly hetero world, I’m more conscious and therefore less shocked when somebody says something homophobic. When those teenagers followed my girlfriend and I down the street, I took it as part and parcel of being outwardly queer in public.  In Broken Hill for a queer festival, I felt relaxed and safe. This is how I rationalise being stunned into silence, but it does nothing to alleviate my regret.

Annie works in communications in the disability sector. When she’s not doing that she’s listening to podcasts, swimming, and trying to start the alcoholic ginger beer craze.