Buddhism, diaspora and the challenge of faith in queer communities 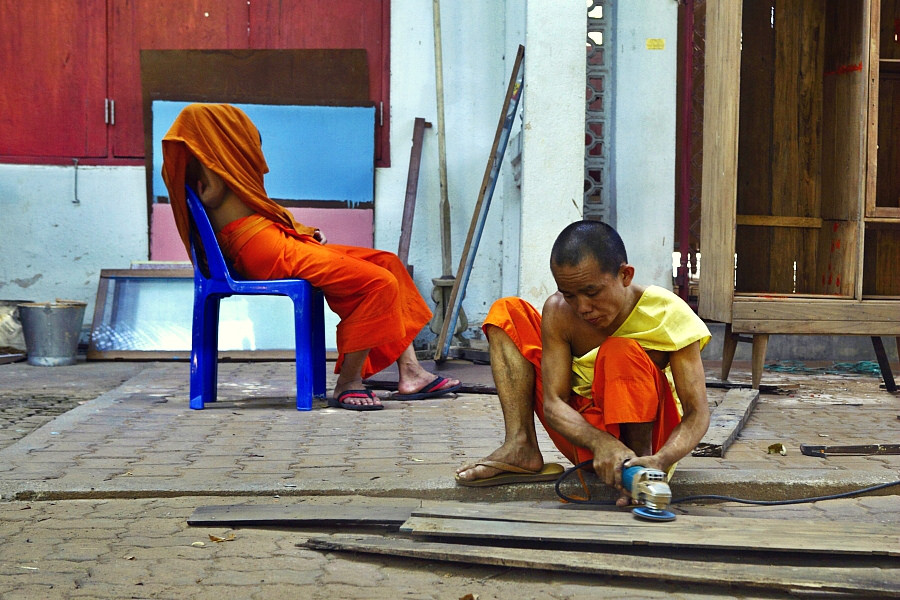 Late last year, I attended a forum on queerness and faith. The event was supposed to be multi-faith, but five Christian chaplains came and no other faith groups were represented at all. Even when I talk about Buddhism, which is my own faith, Christianity is always the elephant in the room.

As much as we like to think we live in a secular society, we don’t. In our society, Christianity is the religion with power.  The Christian chaplains ranged from Orthodox to more progressive denominations, such as the Uniting Church.

The chaplains said exactly what I expected about God, traditions, and children, but it was nice to hear religious authorities have queer-affirming theology. First, we went around in a circle stating what faith background we came from. Everyone else in attendance came from a Christian faith background, so I said smugly, ‘Oh, I’m actually a Buddhist.’ 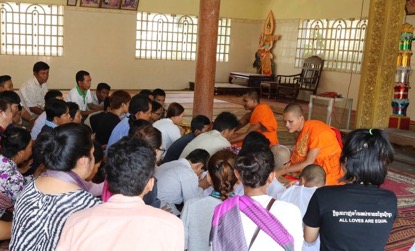 Buddhism is one of the oldest religions in the world. Photo courtesy of Rainbow Community Kampuchea (RoCK).

I didn’t mean to tokenise myself, but I did anyway. What was really interesting was what happened after I revealed I was Buddhist. The Anglican chaplain turned to me and said, ‘Did you know what the Dalai Lama said about same-sex marriage? He says it should be between a man and women.’

In the first few moments I mentioned my faith, it was weaponised against me. The chaplain was trying to deflect the role Christianity plays in structural homophobia, by saying that all religions are just as bad as each other. While that may be true, none have the structural power Christianity does.

I don’t talk about my faith often in the queer community, or with many people in general. Faith for me has always been my own personal journey and my own understanding, or lack of understanding, about the universe.

If I could sum up my own personal relationship with Buddhism, it would be believing in a force greater than myself and understanding suffering. And damn, as a queer person of colour, don’t I understand suffering.

My faith is also weaponised against me in queer circles. Many times, a queer person has asked me and many other queer people of faith, ‘How can you believe in this shit, when they are being so homophobic?’

It is tiring to have to fight this fight on two sides. I mean, do you know what to say when Asian aunties say the reason I am the way I am is because in a previous lifetime I was a bad person and this is just karma?

The fact that I am also very brown is important because religions are highly racialised. My religion embodies for me more than just my faith, it connects me to my Cambodian culture, my community and a shared history and struggle.

I am not going to abandon my religion for the supposed safety of the secular white queer community.

My brownness means I don’t quite fit in that community in the first place. When you attack religions for homophobia, remember there are queer people from that faith background. Your call out may just cause more division in that faith group and make it harder for queer people of faith to advocate for themselves. Be mindful and don’t throw us under the bus.

Cambodian Buddhism is more progressive in Cambodia than it is in Australia, and there are reasons why that is. When Cambodians first settled here in the 70s, we settled as refugees fleeing the Khmer Rouge. We brought our religion as well, but in Australia our religion remains time locked to that first period of settlement, in terms of morals and values,

For Cambodian Buddhism to survive in Australia, we had to compete with white Australia, so this meant we held onto those values and morals much harder. In Cambodia after the Khmer Rouge, Buddhism did not have to compete with anything else. This meant it could engage with all parts of Cambodian society, including the LGBT+ community.

Here, the Cambodian community assume that queer issues are just a white Australia problem to deal with. During Phnom Penh Pride week, there were religious services held for LGBT Cambodians in Buddhist Pagodas. I could never expect the same in Australia.

Many Cambodian religious leaders, politicians and even the King Father have spoken about equal treatment for LGBT people, but the policy is not there to ensure our safety.

I was speaking to Heng Cheyleaphy from Rainbow Community Kampuchea (RoCK), a LGBT advocacy NGO in Cambodia recently. They said that, ‘Through the interview and also baseline studies that RoCK has done, it seems that Buddhism and the Buddhists are more likely to be tolerant toward LGBT community.’

Deep in me, I know that there are no contradictions between being Buddhist and being queer, but the heteronormative family unit is so tightly ingrained in Asian cultures and any variation from that is a big taboo.

While I may have painted Cambodia in a positive light, the LGBT+ community there still faces a great deal of violence and discrimination. In theory, it is nice having no scriptures out against you, but it still does not negate the homophobia that exists in my community.

I will never not be inspired by Cambodian activists fighting for their rights. My spiritual home is Blue Chilli in Phnom Penh on a Friday and Saturday night. By the way, the Dalai Lama has come out in support of marriage equality, so I have no idea what that pastor was on about.

Vibol Hy is not sure what he is doing in life. He is very sure of his queerness and his browness though. He tweets here and can be contacted on email here.