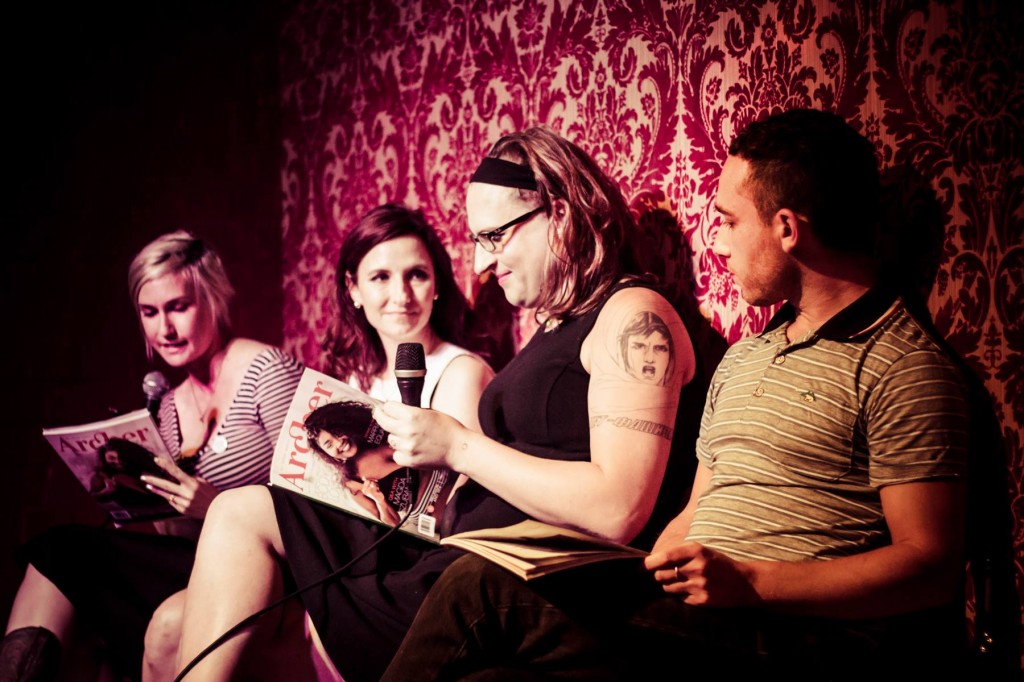 SIMONA CASTRICUM is a musician and DJ, a transgender femme based in Melbourne. Simona works and teaches in architecture at The University of Melbourne. Her writing has previously featured in Thump and Vice.

DION KAGAN is a researcher and arts writer who works on film, TV, sex and popular culture and. He lectures in gender, sexuality and cultural studies at the University of Melbourne, writes a queer column for The Lifted Brow and is a regular voice on fortnightly culture podcast The Rereaders. His book, Positive Images: HIV/AIDS and the Culture of Post-Crisis, is forthcoming.

ROCHELLE SIEMIENOWICZ is a film critic, journalist, editor and columnist. She has a PhD in Australian cinema and was formerly editor at the Australian Film Institute, and film editor for The Big Issue. Her work has been published in The Age, Kill Your Darlings, ScreenHub and SBS Movies. Her first book, Fallen: a memoir about sex, religion and marrying too young is out now.