LGBT: in defence of collaboration 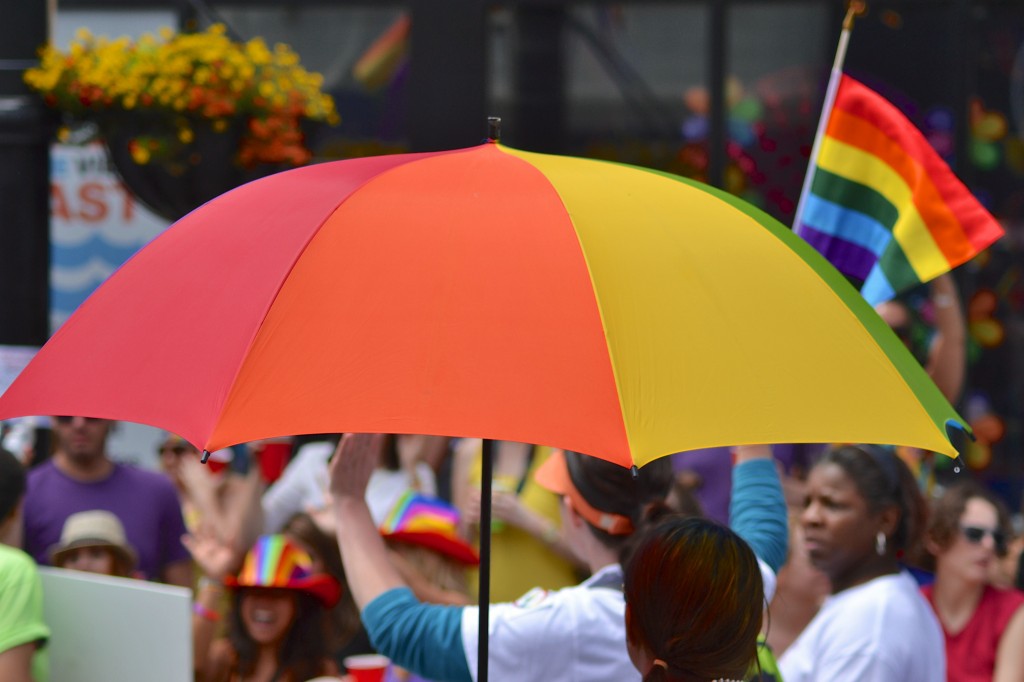 You’re in a nightclub, late at night. A dark, loud nightclub. Not so dark, though, that you can’t spot the very handsome man dancing across the floor. You make eye contact. Once, twice, a little bit longer each time. Soon you’re dancing together. Things heat up.

You’re having a really, really good time, but you can’t help but feel just a little bit anxious.

Should I tell him? When? What if nothing much happens? What if something does? How am I going to explain this when we can barely hear each other over the music?

You know that if you don’t tell him, and he finds out, and freaks out, that it could be dangerous. Others in your situation have been reported to and charged by the police or – arguably worse – verbally, sexually or physically assaulted. Some have been killed.

It’s a conundrum, when really you’d much prefer to be focusing on the man in front of you and what you might do with him.

If only people were better educated and the law protected you.

I tell this story to illustrate one of my core beliefs. That is, that trans people, people living with HIV/AIDS, and people who are same-sex attracted have many things in common. More things in common, I would suggest, than we have in difference.

The story is about a transman grappling with if, when and how to disclose the fact that he is trans. Equally, it could have been a story about disclosure of HIV status. The challenges are not dissimilar, nor are the lack of legal protections, societal understanding and acceptance.

And yet I am well aware that there are some who argue for a separation of populations and interests – in particular, that trans people need to go their own way, and get out of bed, so to speak, with the LGB community.

So in defence of collaboration, here are three reasons why I reckon we shouldn’t break up the family:

First, to ensure we do no harm.

It is so important not to cause collateral damage to other groups by pursuing a right or an action that inadvertently ignores their needs or ‘others’ them. The only way to avoid this, is to work together.

Secondly, because there is strength in numbers.

As hopefully illustrated by my opening story, there is much commonality in the experiences of trans people, those living with HIV/AIDS, and the broader queer community. Often, the difficulties and discrimination people face are caused by the same underlying drivers: homophobia and transphobia feed into and off each other.

Misogyny, patriarchy and in particular, stereotypical ideals of ‘real men’ and ‘real women’  in terms of what they should look like and how they should behave – fuel ignorance and prejudice, harming us all. This gives rise to laws that leave LGBT people unprotected or worse, criminalise identities and lives. The reality is that trans, gay, lesbian and bisexual people have common enemies, and are stronger if they fight together.

Plus it saves duplication of effort and often, the presentation of diverse perspectives and viewpoints on the same issue can serve to strengthen the case for better rights and health access.

It is important to remember that people often cannot be neatly divided into different boxes. A person may be trans, gay, and HIV positive; we should remember and reflect that reality.

The third reason is practicality.

Those engaged in advocacy work grapple weekly with limited resources – both human and financial; this is especially so for trans people. When working under these conditions, folks burn out easily and their effectiveness is limited. Combining resources and efforts helps spread the workload to achieve more with less.

Most politicians and decision makers are exceptionally busy (and the ones who aren’t, are lazy). Whatever the case, the more advocacy workers can do to make it easier for them to engage with LGBT groups and issues, the better it will be. If politicians and decision makers feel confident approaching a couple of key bodies, knowing they are well connected, they’re more likely to seek out expert advice; if they are confused about who to approach for information, they are unlikely to reach out. Visible, broad collaboration and engagement helps justify a policy change to policy makers.

There’s plenty of evidence that this approach towards policy making works in Australia: In 2012, trans and intersex advocates worked closely together to deliver passport, Medicare and gender recognition reforms at the federal level that were inclusive of everyone’s needs. Similarly, that same year, trans, intersex, lesbian and gay advocates worked together to see amendments to the Sex Discrimination Act successfully pass through the Federal Parliament, providing for the first time, protection to Australians on the basis of sexuality, gender identity and intersex status.

Working together in this way, under the one umbrella, is challenging – I’m not going to pretend otherwise. But it works. And for that reason, I reckon it’s worth doing. Working collaboratively has the potential to produce many more shared wins in the near future.