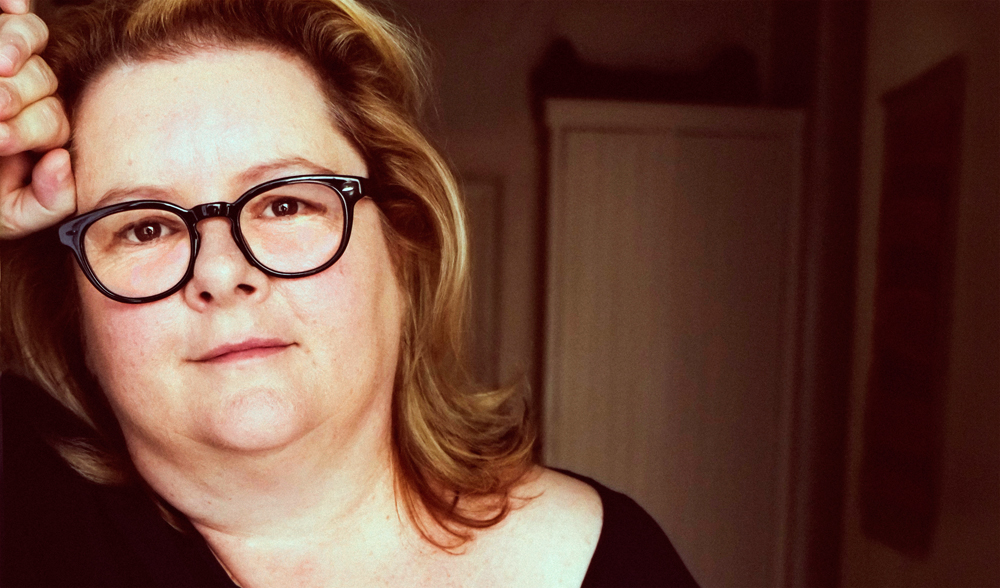 Following the release of her memoir, Reckoning, actor and comedian Magda Szubanski chats to us about sexuality, creativity and family. This article was originally published in Archer Magazine #5, buy your copy here.

A: When was the first time you saw a gay or lesbian character that you identified with in a positive way?

MS: Do you know what I loved? I loved Xena: Warrior Princess and the lesbian subtext in that. Unfortunately, it wasn’t text-text, it was just subtext, but it showed this incredibly strong relationship between two women, and they certainly played with lesbian themes. It was such a mainstream show, but for anyone who was clued in, the subtext was obvious.

A: How did coming out influence your creativity?

MS: I couldn’t have written a book without it, because there would have been this huge gaping hole. It was really interesting – I hadn’t realised how much RAM I used to keep my life away from the public eye. It’s really tiring.

Once I came out I had nothing to hide, and I had this intense burst of creativity. It allowed me to explore a lot of areas that fascinated me, and a lot of that came out in the book. Not that it always works that way: there have been plenty of repressed homosexuals who’ve created great art. I think the relationship between sexuality and art is very complex and fascinating.

A: In Reckoning, you discuss how we underestimate people’s ability to accept us for who we are. How important do you think it is to give the people we love, and who love us, the chance to accept us?

MS: I underestimated my parents, but I was also sad that I’d been given the gift of their unconditional love and had to question that. It’s society that does that – it’s not our fault that we underestimate people.

Coming out is incredibly complex. It’s different for everyone. People have different parents, and they grow up in different environments. I think safety is a huge issue, that’s why I stress the importance of community, and making sure you have support, acceptance and love around you. I’m a patron of Twenty10, and there are amazing organisations out there, like it, that exist to support LGBTIQ youth as much as possible. I would encourage people to reach out and make those connections.

I’m a real one for preparing: I like to have my ducks all lined up, and that’s part of the reason why it took me so long to come out. I wanted to get it all in order as much as possible.

A: When you came out to your parents, it was because you thought a magazine was going to ‘out’ you. They didn’t in the end. Are you glad you did it on your terms?

MS: I’m glad I did it on my terms, for my sake and for the community’s sake. I had to wrestle with a lot of internalised homophobia, and I think if I’d come out earlier, that would have transmitted in the message. If you’re a public figure, the idea is you’ll be useful to the community and a good role model, but if you come out at the wrong time and you’re unresolved about it, you just do yourself damage and you don’t give out a positive message.

I think we’re coming to accept that everyone has their journey, and everyone has their own experience, but for me, certainly, it would have impacted my career. I was around then, I know what the world was like, and no-one can tell me different. I know how homophobic it was, and how dramatically things have changed. When I did come out, I felt so strong and so right in myself.

As I said at the time, if there was a tablet that cured gayness, I wouldn’t take it. I used to want to be straight when I was younger, and now I’m so grateful for the rich experience of life that it’s given me. Relationships between two women are an extraordinary thing, and I’m glad not to have missed out on that.

A: It’s funny: the societal change does seem dramatic, but it’s also been such a slow process.

A: What’s your view on actors being ‘gay for pay’?

MS: No actor wants to be confined in any way. The whole point of acting is that you assume different characters and identities, and you have to be believable in those roles. The truth is there have been gay actors playing straight, and straight actors playing gay, for a long time; it’s just now, everyone wants to make it their business.

I think you’ve got to trust the artist to have the imagination, respect and creativity to inhabit different characters. I played Sharon in Kath and Kim as straight, often with a queer edge, but it was completely believable. In Australia, we are so conservative about diversity in roles. I have friends who look vaguely Italian and they can’t get a role – they get typecast as an Islamic terrorist. But the whole point of art and acting is that you can empathise sufficiently to be able to inhabit the skin of someone who’s not you. None of the characters I’ve played are me; they have elements of me, but none of them are me.

A: It’s often hard to find the right words to express your identity. How has your relationship with the language changed over time?

MS: The more I used the word ‘lesbian’, the more I liked it. I know a lot of people, my age and younger, who still don’t like the word – they think it’s a horrible word, and that just really evolved and changed for me. I think it’s a great word, it’s a beautiful word, and all that it conjures up, with its rich history of Lesbos and Sappho. I think we’re very lucky to have it.

But you know, the whole thing with labels – when I was younger it really was like, pick a side, the battle lines were drawn. Now, there’s so much more understanding about the complexity of sexuality and gender, we really don’t want to shove people into boxes as much as we used to, and it means you’ve got to find new words to express that.

And should I happen to have a fling with a man and word get out, I don’t want people to come back and say, “You said you were gay!” It’s getting much more to the point where you can just be what you want to be, thank god.

That was another reason for me not coming out earlier, because, what was I going to come out as? That idea just didn’t exist earlier – there were three choices, and none of them fit me properly.

A: Do you think there’ll be a time when gay people won’t need to come out and there won’t be assumptions about sexuality and gender from birth?

MS: I think that change is starting to happen now, certainly in the western world. Younger generations are cool with a lot of that stuff. We’re not there yet, but it has changed rapidly. Transgender has really moved into that space. Who would have thought that Caitlyn Jenner [coming out] was even possible? When I was a kid growing up, it was inconceivable. I don’t think I knew about transgender people when I was young.

I think a lot of young people now have this beautiful ‘whatever’ attitude, but that can also be difficult, because sometimes young LGBTIQ people are forced into their identity. They’ve got their friends telling them they’re gay, and saying, “Why don’t you just come out? We know you’re gay”, and then they’re forced to be cool with it, when their psyche might not have actually caught up with the whole journey and process.

I want there to be a space where you can just be who you are – not feel that you have to conform to anyone else’s label, but feel free to explore your own soul and yearnings and let that take you to who you really are. That’s all I hope for.

Erin Stutchbury is a Melbourne-based writer and grammarian, gay scenester and event-goer.