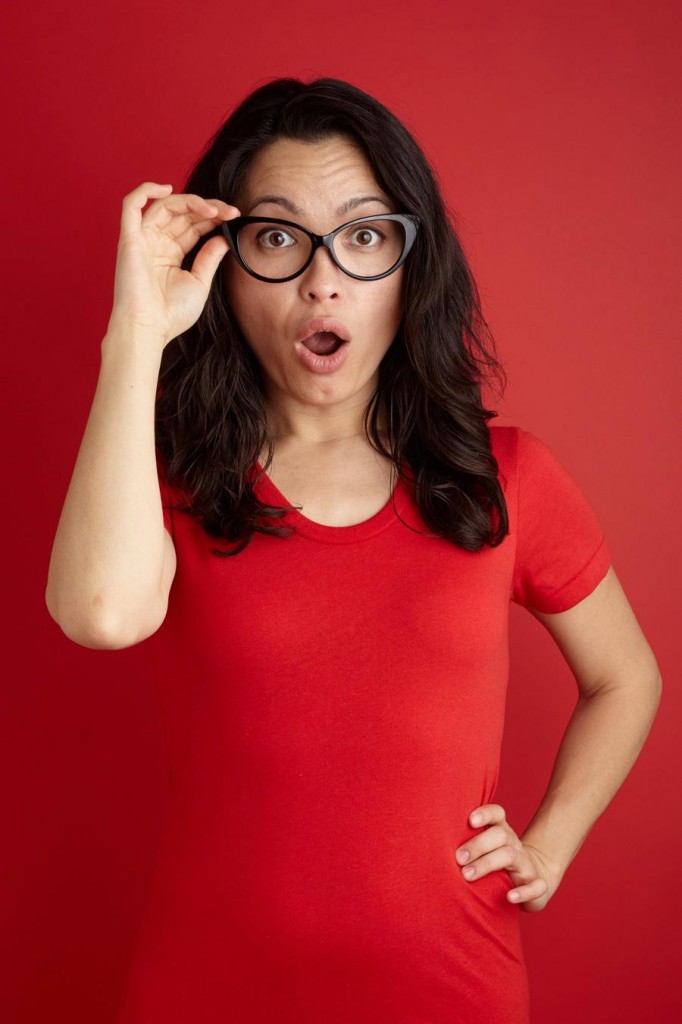 Sandra Daugherty is a podcasting, workshop-teaching, sexual-shame-fighting “sex nerd” based in Los Angeles, California. After just missing her in L.A., Amanda Bloom got her on the phone to find out about what’s new and exciting in the world of sex, gender, relationships, and general sex nerdery. Find Daugherty’s podcast, Sex Nerd Sandra, on Nerdist and iTunes.

A: If you could change one thing about the way we talk about sex and sexuality, what would that be?

SD: That all men are the same and all women are the same, that assumption. It’s a little thing, but it’s frustrating as hell. I mean, I would like to change everything! But it drives me nuts when six women come into a sex store and they all buy the same toy because their friend likes it. It’s like, all your vulvas will feel different! Why are you all getting this toy?

A: You recently came out as agender. How has life been since you made that realisation?

SD: Being agender for me—I can only speak for me—hasn’t necessarily changed much in terms of how I relate to people in the world. My gender expression has been challenging for many years, around what I choose to wear and how I relate to partners sexually. My gender shifts so much all the time.

I’m drawn to the masculine and feminine all along the spectrum, all day every day. Beneath feminine and masculine, there is no gender that I identify as, so it’s been freeing! I feel much more relaxed now, and I have a better relationship with my closet.

A: You spoke with therapist and sexologist Chris Donaghue about gender on the podcast recently. It seems that in his view, people who are on the fence about their gender are more healthy. I wonder if you think that gender is soon to be a thing of the past in a way, or something that’s thought of very differently than it has in recent years.

If someone feels like a woman, great! That’s your gender! It’s a non-issue. The problem is with all the people who are uncomfortable aligning with the two options that be, man or woman. We’re just trying to make it acceptable so that those people can also feel healthy and accepted in their identities.

I love the idea that if you are feeling uncomfortable, broken, or abnormal in your gender, then that that is a good sign of health. You’re hearing that voice inside you saying, “There’s something wrong here.” There is something wrong with the gender binary as it’s presented, that you can only be one of two things. So I love the idea that what people might consider a deep dark secret, a crisis, or something to be fixed is actually a sign that you can hear your truth, hear yourself.

A: What is new, exciting, and/or weird in the world of sex and sex nerdery? What’s got you jazzed up in terms of research or discussions?

SD: In terms of what really excites me right now—poly, gender, and body image stuff. It’s never really been a thing for me, body image, but I just gained 15 pounds in the last year, and I’m feeling sexier than I’ve ever felt in my life. Some of it’s hormones, some of it’s sex drive, some of it’s where I am in my relationships. I feel strong. I feel really alive and in my body.

A: What do you think the biggest source of sexual shame is? Or the top three.

SD: Certain aspects of religion. I grew up in the U.S., so I’m referencing American culture, but we teach this division between the spiritual and the physical, that anything in the physical is an invitation to Satan or evil. “Don’t trust your body, don’t trust your senses.”

There are rules around your pleasure, and if you break the rules you’re a bad person. There is so much weight around desire and the physical sensations of the body. And yet sex is one of the basic needs. I mean, you’re not going to die if you don’t have sex, but when it comes to maintaining the human species, sex is essential. And yet we control it. I’m not even sure why a lot of the time!

So final answer: religion, and the artificial constructs around sex addiction.

A: What was the most profound podcast episode for you personally?

SD: I’ve grown up so much doing these interviews. I’ve learned so much from people, and I’m so thankful to have them on my show. The most profound episode for me was the sexual archetypes episode with Chelsea Wakefield, who’s a marriage and family therapist in North Carolina.

I interviewed her about this idea of stepping into an archetype, like the geisha, or the mother, or the prostitute. The archetypes we choose to fall into in our relationships and in our lives.

I have a lot of helper archetypes, like nurse and teacher. We spoke about when you’re in the mother role all day, what can you do to step into the little girl, or the vixen, or the goddess, or…Batman? She works mostly with women, so it was geared towards that, but it was applicable to anyone. I was really uncomfortable being in certain roles, so I talked to her about that.

She also has a really cool Venn diagram—if you have two people who are together, you can Venn diagram what you’re both interested in. Then there’s this dark area that she circles down below the Venn diagram—the place where couples never go, for different reasons. I love having someone put that into words. There is that unspoken space, the part of you that you don’t think your partner will like, or the stuff that you’re always going to fight about if you bring it up. I found that episode personally gratifying; that was my favorite.

A: Can you talk about the emotionality or psychology behind kink?

SD: I would say that people are into kink—which is a huge umbrella term for hundreds of different activities—for a lot of different reasons. Some people like more complexity in their sexuality. For some people it’s not sexual at all. They find something cathartic or relaxing in getting a spanking. Some people might be working through trauma. It’s so individual.

A: How would you explain polyamory to someone in a monogamous relationship, and poly is totally foreign to them?

SD: So if someone says they’re poly, ask them what that means to them. You might be surprised at the answer. We’re in a time where new words are being created because we don’t have the language for these things. The worst thing you can do is make assumptions without asking follow-up questions.

If you’re in a monogamous relationship and curious about open versus swinger versus poly, first define your terms.

A: What do you mean by “define your terms?“

SD: Each relationship is different. Some people choose a hierarchy. You might have a life partner and then a girlfriend or boyfriend you see once in awhile. It could mean that you’re with two people and all three of you are in love and don’t date other people. It could mean a lot of things.

A: What is upcoming on the podcast? Any interesting topics?

SD: I’m looking to make my sex ed more accessible, and that means globally, in a way that makes me happy. I’m looking into ways to teach live workshops, where you can’t see the video after, you can ask questions, it’s a small group, and I can be available to people in different time zones.

That means I would create a class just for people in Australia and New Zealand and line up with that time zone. I think that will inform my podcasting in a rich way—the questions people will ask, the ways we can connect. I’m really excited about that! There will be an official announcement once I get the tech stuff aligned. I realize that’s not podcast-specific, but it will be a part of the podcast. I think that will also create community around [the podcast].

I have a wish list of things I want to cover. There’s another poly episode coming up. I try to rotate between different topics. I just hit 200 episodes and I want to do another 200 episodes.