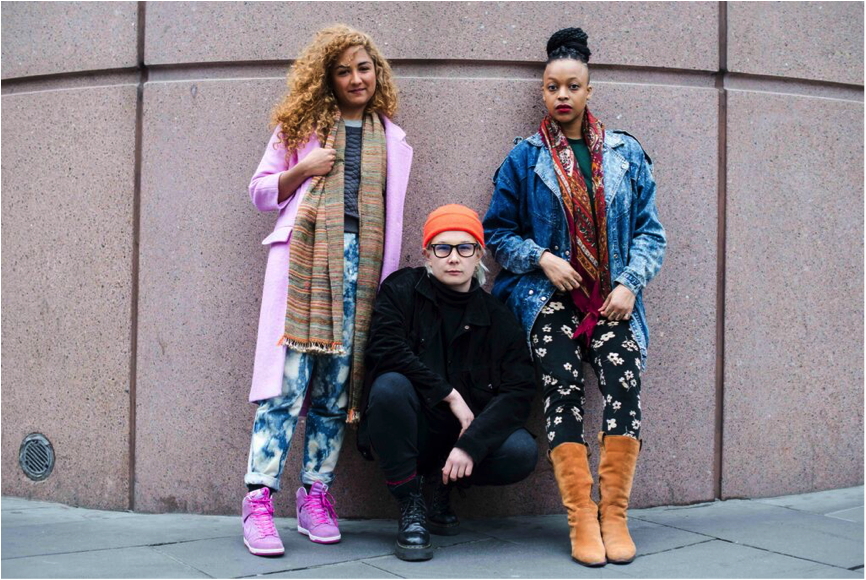 Theatre maker Kai Bradley, creative director of The Fashion Market AU Natasha Jynel, and Monique Hameed—project officer for the Multicultural Centre for Women’s Health—have come together to coordinate and facilitate a ground breaking project for queer identified women from refugee and migrant backgrounds.

Archer caught up with Natasha Jynel to find out more.

A: Tell us about your project:

NJ: Our project is called ‘Our Voices, Changing Culture’. Over the past few months Kai and I have worked with project officer Monique, from the Multicultural Centre for Women’s Health, to develop and facilitate a series of discussion groups and performance based workshops for same sex attracted women from refugee and migrant backgrounds.

The discussion groups were amazing. It was easy to see the need for them because…nobody wanted to leave when they finished! We provided food and drinks and these women came and shared and laughed and…it was amazing. We recorded the discussions, with everyone’s consent, and used that audio as a base to develop a short performance piece; which we will be showing at the Footscray Community Arts Centre on Sunday Nov 22.

A: What’s the project’s approach to exploring visibility, advocacy and coming out? What’s unique about this project?

NJ: Both Kai and I have a background in performance and understand the importance of using the Arts, in any way you can, to tell your story and share your experiences with others. In mainstream media and social contexts there is discussion around queer issues and there is discussion around refugee and migrant issues. But, it’s really rare to find points where those narratives intersect, or overlap. For people, particularly young people, who come from refugee or migrant backgrounds and identify as queer it’s like a deafening scream coming from everywhere ‘you do not exist’. Not seeing our stories recognized, not having our points of view validated or even seeing our physical forms represented and celebrated can breed feelings of anger, resentment, self-hate…basically a whole lot of negative stuff. And we’re not about that.

We wanted to use this project as a way to enable these women to tell their own story. To give them voice, to give them space and support to share what they want to share in the way they want to share it. Not everyone who participated in the discussion groups felt confident to be on stage for the performance. Not everyone is ‘out’ in their communities, but everyone was able to contribute to developing this project, even if it was literally by giving their voice.

A: How would you describe your own identity?

NJ: Well, I’m an immigrant who grew up as a child of immigrants! My family is from Barbados and I grew up there and in the States. I immigrated to Australia on my own 10 years ago and got citizenship this year.

In terms of my sexuality, I spent a long time trying to define myself as any one thing or another. I dated only women until this past year when I ended up having a beautiful relationship with someone who happened to be male. Now, I’m not too fussed about calling myself a lesbian, or bi or straight or gay or any of those. I would say I’m queer just because I’m not too fussed about my partner’s gender.

A: How is sexuality treated in your culture?

NJ: I don’t think I ever heard the word ‘gay’ or ‘lesbian’ growing up at all. Even though my oldest cousin came out when I was about 8 years old. None of the adults talked to the kids about it, but I remember her talking about her housemate being caught in a really bad storm and how worried she was and I was like ‘…wow, she really likes her housemate a lot’. But, that was pretty much it. I found out years later how homophobic most of my family (except my mum and my uncle in England) were; telling her she would go to hell and that they didn’t want to have anything to do with her. I really took that to heart and when I realised I was a little bit queer myself I made a point of standing my ground and refusing to be treated like that, because nobody should be.

My biggest struggle has been figuring out how to marry my cultures and where I fit. I love music from the Caribbean, but a lot of it—particularly Dancehall music—is so homophobic and unfortunately I can understand what they’re saying. Being a Third Culture kid it’s like a continuous balancing act of finding ways to embrace your culture while it rejects you. It’s frustrating, but also can be hilarious. So, that’s why projects like this are great.

A: What are you hoping to achieve through your project in terms of how different cultures treat sexuality?

NJ: The reason that this project starts and ends with discussion is simple: there needs to be more of it. There are queer people within refugee and migrant cultures, so let’s talk about it. About the difficulties of navigating gender identity in religious families, about how hard it is sometimes to explain what ‘lesbian’ is to your grandma who keeps asking ‘when you get boyfriend’? Let’s keep making art, let’s keep collaborating and sharing and celebrating the diversity of our community.

A: What’s next for ‘Our Voices, Changing Culture’?

NJ: We’d love to show this piece at Midsumma or workshop it for a larger scale performance. Take it up to Sydney, over to Perth, Adelaide, Alice Springs…we would like to be wherever we’re needed to help start the conversation.

‘Our Voices, Changing Culture’ is a free event at Footscray Community Arts Centre on Sunday, November 22 at 6:30pm. Monque Hameed is the Project Officer, alongside Natasha Jynel and Kai Bradley as facilitators. Sound design by Claudia Tocco, poster design by Lee Lai. 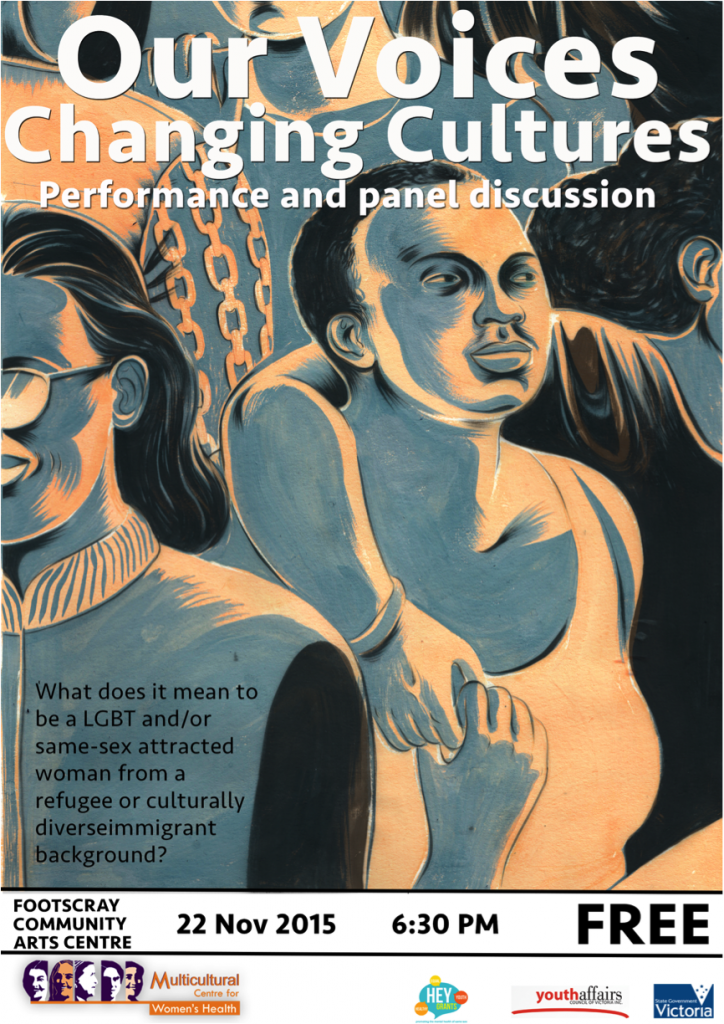