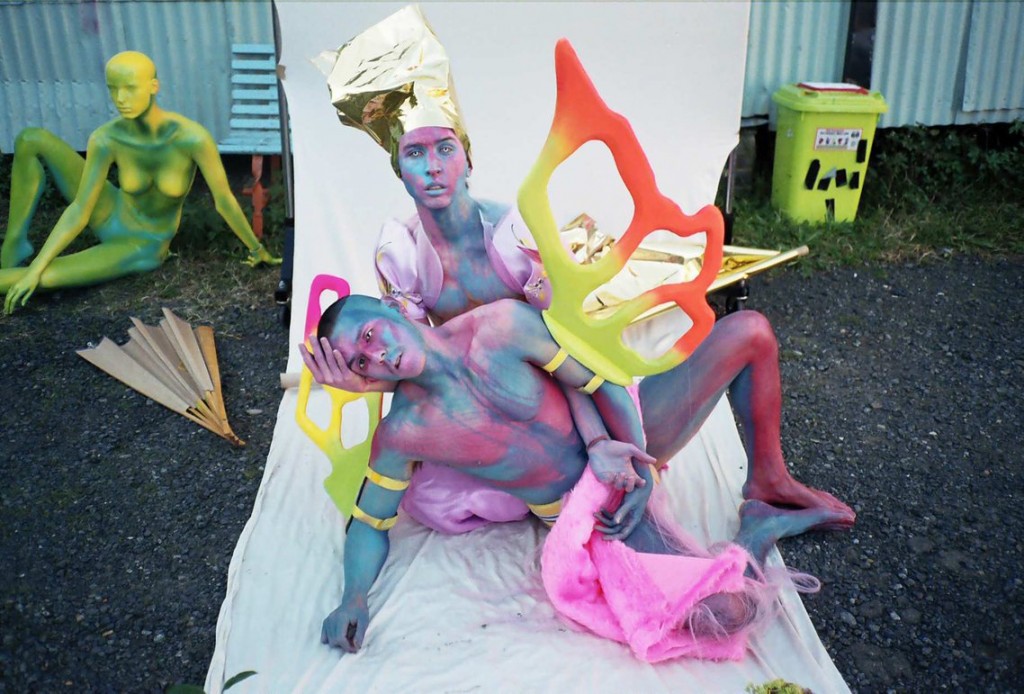 Sharing a Filipinx-Australian identity, they are performing new work at Asia-Pacific Triennial Performing Arts (Asia TOPA 2017) in Melbourne. Angela Serrano talks to the pair about navigating the home, the club and the queer body politic.

AS: Tell me your thoughts on clubbing and identity. What kind of space is a club, and how has that informed your work?

JS: Creating the space is as much a part of my practice as performing. That’s where the sensorial nature of my practice comes from. I’ve met a lot of my collaborators in clubs.  I’ve been lucky in Sydney because there’s a really long queer performance history going back to the sixties and seventies. There are a lot of old freaks in Sydney.

Clubs are flawed spaces, but they offer a lot of potential. I like the nature of non-verbal communication, of speaking with your body. As a space, the club offers a lot of space for non-normative identity to become something else. Spaces like this give people a chance to perform their alter-identities. I think that’s very powerful. A collective language can be built from that. Club Ate, for instance, comes from a collective aesthetic, sonic, gestural language.

On March 2, the two artists are bringing their celebration of the queer Asia-Pacific, Club Ate, to Melbourne’s ACMI.

BR: I’m pretty critical of the club life, but it’s also incredibly important for our community. I noticed how much of our DNA and structure has got to do with night life and the hours where reality can become something else. I have a dance crew of mostly Polynesian, Asia-Pacific trans, fa’afafine and bakla performers and I’m always pushing for them to take up space in clubs, to use clubs as an alternative place of belonging.

There are so many layers of racism, not just direct and obvious kinds. Sometimes I go into a club and there’s just so much appropriation going on. It’s a form of violence; cultural appropriation erases the underrepresented community. It is so important for black and brown women to take up space when there are so many white boys’ clubs in the music industry.

My sister was once in a club, dancing, and someone said, “she’s a real girl because she doesn’t have an Adam’s apple.” And there was this whole discussion amongst hipsters about which girls were cis. That kind of thing.

AS: Is there anything about the clubbing scene that you seek to embrace or appropriate or resist?

JS: My partner and I have been putting on parties for close to 10 years now.  We’re starting to be seen as an authority. People want you to create these safe spaces and it’s a lot of responsibility if you don’t. I feel like there’s a lot of these new negotiations going on, the politics of a safer space.

BR: Safe space, for me, is such an overused white queer term. I prefer to think about places of risk. In these places of risk, conflicts can happen and conflicts can be resolved. “Safe space” can feel separatist. People get stuck in their bubbles. People squabble over language that can be inaccessible for some people or so triggering for someone else. It’s so flawed, this idea of a safe space. 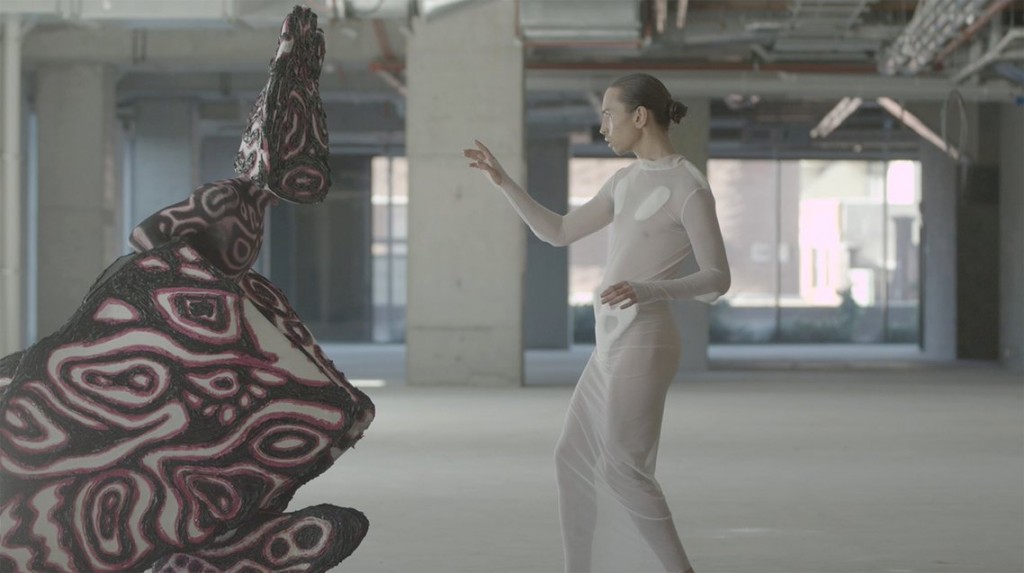 Their art makes use of prostheses, masks, elaborate costumes, movement and sound to reimagine Filipinx mythologies.

AS: Let me ask you about your origin story. How did you get started in performance? I grew up in Manila and my parents didn’t want me to formally study the arts or become a professional artist. I only got to play catch-up with my creative goals when I came to Melbourne.

BR: I grew up in a small Australian town. My mum was one of the six Filipinos in the area. We were in a very domesticated environment, very quiet, very rural. But it was quite supportive. Mum would always say, “You can’t imagine what it was like growing up with a Filipino dad. You’ve got it so good that you don’t have a Filipino dad, that you don’t live in the Philippines.” Mum was insistent that I get a bachelor’s degree, but it could be anything I wanted so I majored in dance.

JS: As a kid, I was always world-making at home with my sister. Building sets, little worlds, performing. Then I studied digital media and photography at university. I entered performance and live work through clubbing, meeting my partner in Sydney, joining a collective of artists. It was more of an organic process, a response to not wanting to do an office job. ‘Cause I was doing that for a long time, photographic retouching in this dark little room. And then I’d need to be in my body, connecting IRL with people and the community on the weekend.

Ex-Nilalang is a cumulative moving image project that reimagines Filipino folkloric creatures from a playful, queer, postcolonial perspective. It runs from 9 February to 5 March. The screening on 1 March, 6.30pm will be followed by a conversation with the artists. This event is free of charge.

Club Ate is a performance art party space featuring a variety of Asian-Australian and Pacific-Australian QTPOC performers. This event is free of charge.

Angela Serrano is a queer Filipinx-Australian Melbourne-based writer and art model whose preferred pronouns are she/her or they/them. A publication list may be found here.  Twitter: @angelita_serra