The era of Lesbian Bed Death is over, long live Lesbian Fuck Eye 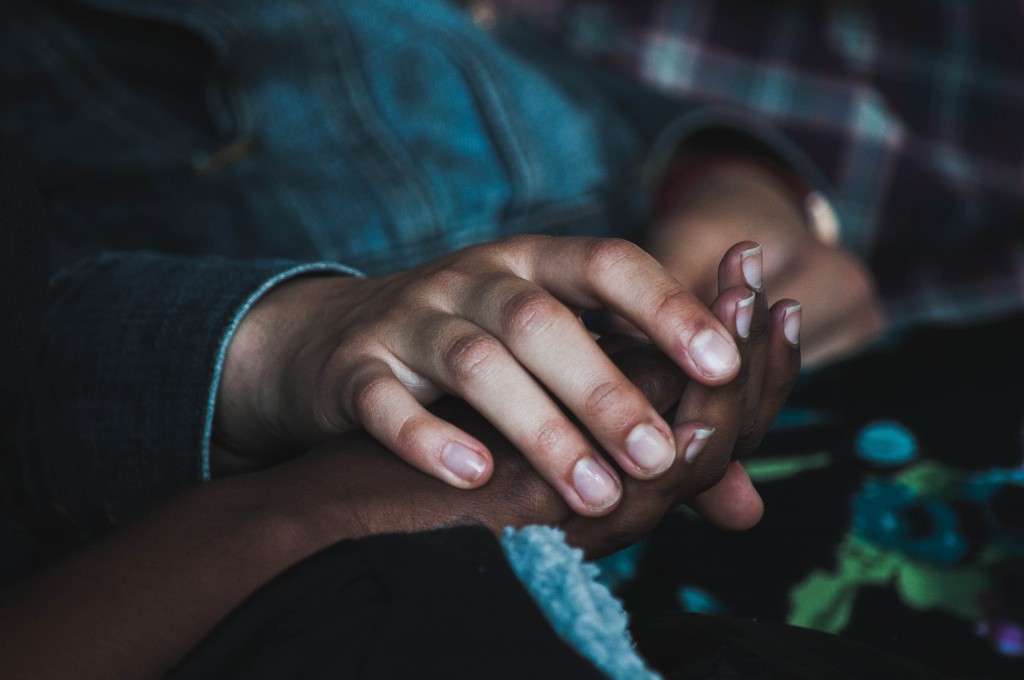 Sex is an art. And one that lesbians in particular have apparently, according to myth, taken a few decades to get their heads and legs around. Let alone actually in their beds. Today however, lesbian women have more orgasms, better sex and sex that lasts longer than their heterosexual female counterparts. And they’ve also mastered Lesbian Fuck Eye.

Lesbian Fuck Eye is an extension of what Cheryl Nicholas calls the Gaydar gaze, but it’s not only a gaze of sexual identity recognition. It’s an eye that embodies sexual desire and identity in one fell swoop. Simon Baron-Cohen has identified the language of the eyes and discovered that the eyes alone can convey mental states, like desire, in the same way that a whole facial expression can. Don’t I know it. And if you’re queer you know Lesbian Fuck Eye too.

Despite these enactments of desire, there is a myth that still clings to lesbian sex: that of the dreaded Lesbian Bed Death, or, the idea that lesbians shack up and then stop having sex, that sexual desire is completely absent from lesbian relationships.

The exact origins of the term Lesbian Bed Death are debated and refuted, but whatever its beginnings, the cultural stigma of LBD remains. There are slews of articles on the topic – usually written in the hushed tones of a lower case whisper, that graduate to a blaring upper case acronym. The term Lesbian Bed Death is often attributed to sociologists Philip Blumstein and Pepper Schwartz, as a result of their 1983 study American Couples: Money, Work. But they never actually uttered those three words. What they did find was that lesbians had sex far less frequently than their gay male or heterosexual counterparts.

Blumstein and Schwartz’s research showed that in the first two years of a lesbian relationship, 43% of lesbians were having sex between one and three times a week, and the rest were doing it even less often. Compare this to 67% of gay men who were having sex three or more times a week and 61% for heterosexual couples, and you can clearly see the origins of this idea that lesbian desire dies in bed.

The stats get increasingly dire for lesbian desire as the years pass, with almost half of lesbians surveyed having sex less than once a month by the 10 year mark compared to 33%, of gay men, 15% of married couples and 7% of heterosexual couples living together.

Orgasm isn’t mentioned, not even in the index of their book. Pretty prudish really, even for the 80s.

Fast forward to 2014 and a new study (again, it’s American) focuses away from sex as an act and hones in on frequency of orgasm. The research found that lesbian women orgasm 74.7% of the time while heterosexual women orgasm 61.6% of the time, and bisexual women 58% of the time. Heterosexual men reign at 85.5%, gay men follow closely behind at 84.7%, and bisexual men lag behind at 77.6%. It appears that lesbian desire has come out of a death bed and into a bed laced with fuck eye. Add to this a 2009 study by Holmberg and Blair that found lesbians had higher sexual desire than men and women in heterosexual relationships, and it’s well and truly time to cut the cultural baggage of LBD.

The lesbian in popular culture is the always ready, sexually fluid, object of desire just waiting for a big cock to turn her straight. Think Chasing Amy, Gigli, The Kids Are All Right. Or else she’s dying in bed, presumably from boredom with her girlfriend and her devotion to the kitty-litter tray.

The lesbian, we are told, suffers not only from LBD but also the other mythical experience, made popular in the early 2000s by Showtime’s The L Word: the lesbian urge to merge. This is the idea that two women couldn’t possibly maintain sexual attraction for each other because they are two women, and instead all women in relationships want to do is to become one. Like a bad Spice Girls song.

But the studies show we’re desiring more and orgasming more – so what the actual fuck is going on with all the pop cultural LBD bullshit?

The answer: the still prevalent pathologisation of female desire as a lack, something that will fade, some thing that is so fragile and so potent all at once that only using the ominous word ‘death’ can do it justice.

But in reality, LFE is everywhere. It’s the glance you give a woman on the street, loaded with desire and the knowing that says, I see you, you see me. Yes, I feel you.

It’s the gaze that dares to last longer than a glimpse. The held gaze often goes hand in hand with short fingernails, and comes with a smirk. A rush of desire originating somewhere in the realm of the cunt region, with a throb of a clit, or an organ you don’t wish to identify or name.

It’s a much needed code that developed out of the heteronormativity that pervades daily life. A neckerchief of recognition and desire, without the need for one at all. It starts on the streets and finds its way to the dance floor, but it’s most ubiquitous in the bedroom, across dinner tables or purposely scotch guarded couches. It is the embodied history of a lust that had to claw its way from the private realm of the bedroom to the public domain of the eye. An eye that is not only able to be recognised for its desire, but its sexual identity and sexuality.

Brigitte Lewis teaches in the School of Social and Political Sciences at the University of Melbourne. She’s also a poet and long time advocate and full-time user of LFE. Follow her on Twitter: @briglewis.

Friendzone endzone: Manic pixie dykes under the male gaze
By Alex Creece
Age gaps in queer couples: Dismantling societal rules
By Eva Akyol
Camping without the kids: Travelling solo as a queer mum
By Lisa Habermann
LBQ women and drugs: Passing the plate around
By Nancy Sinclair
Coming out twice, and being a lesbian in 2018
By Catherine Bouris
Lesbian femininity: Understanding the legitimacy and erasure of queer femmes
By Katherine Giunta
Under the [book] covers: Doing lesbian fiction right
By Suzanne Verrall
Betraying my lesbian self: Coming to terms with never coming out
By Alice Allan