Lesbian femininity: Understanding the legitimacy and erasure of queer femmes 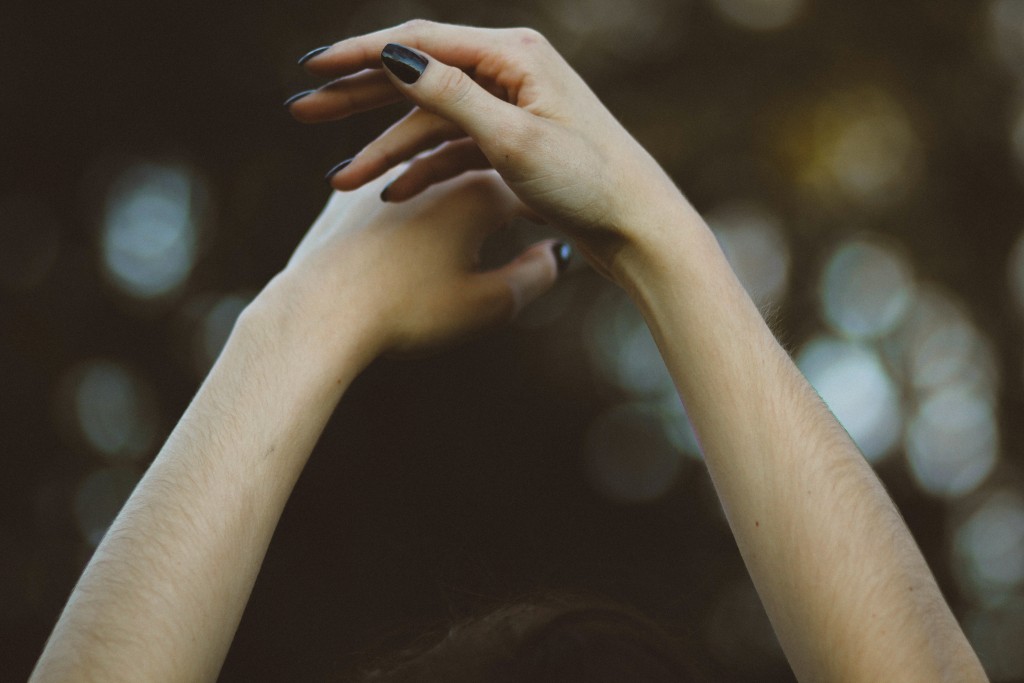 It’s the last days of summer, the night air still warm although the sun absented itself hours ago. I am very pleased with my outfit for the party. Orange flowers on a navy dress, nipped in at the waist and full at the hips. I am talking to a woman, edgy haircut, big eyes. Really, I’m feeling out her queerness. Is she gay? Can she tell I’m interested? Would our lips meet gently, or in a hot, urgent crush?

We are talking about the queer scene around town when she says, off hand, “Yeah, I’m always hesitant with those more girly lesbians, like – are they really gay?”. I gently change the subject and we soon part ways. I never get to discover how her body might feel pushed up against mine. I feel instead a familiar flush of alienation wash over me, a reminder that my femininity is still seen as being at odds with my queerness. So much so, that to many my queerness is rendered illegitimate or invisible.

It seems to me that in our current social milieu, masculine and androgynous gender expressions are the most acceptable and legible forms of queerness. This is especially the case for LGBTQIA+ folk who identify as women and/or non-binary. While queer masculinities are of course valid and important, the exclusion of feminine expressions from our communities is in no way ‘natural’ or ‘inevitable’.

There are many explanations for this state of affairs, all of them contested and partial. Yet for me, as a queer woman who strongly identifies with femininity in all of its incarnations, history holds the key to understanding both the legitimacy and the erasure of femininity in the queer scene.

From the 1930s through to the 1960s, US working class lesbian culture was dominated by Butch and Femme dynamics. Accounts from Buffalo and New York from throughout this period indicate that a feminine lesbian or a Femme was both recognisable and desirable within the lesbian scene.

In Australia, specifically Sydney, gendered roles like Butch and Femme did not become part of lesbian’s social lives until the 1960s. Prior to this, same sex attraction was so taboo that any gender expression outside of feminine norms was essentially unthinkable for Sydney based lesbians. While these circumstances meant that expressions of femininity were largely accepted in this time period, Femmes were also seen by many as unreliable lesbians likely to ‘return’ to men at any time.

The Radical and Lesbian Feminists of the 1970s onwards took this suspicion of femininity further, characterising expressions of femininity as ‘tools of the patriarchy’ or signs of ‘male identification’ – a way of labelling feminine gender expressions as being oriented towards men and their desires. These ideas grew out of critiques of patriarchal and capitalist constructions of women as sexual objects for the heterosexual, male gaze.

In practice, this meant that lesbians, especially activists, rejected conventional codes of femininity, opting to forego makeup and the removal of body hair to signify their feminist politics. Critiques of compulsory heterosexuality went hand in hand with many lesbians’ feminism, which meant that Butch/Femme couples were criticised for ‘aping’ straight couples. As a consequence, expressions of both masculinity and femininity became rejected as anti-radical by certain Lesbian Feminist groups.

This rigid standpoint was rejected by many queers whose gender expressions, queer and feminist orientations could not fit into the androgyny prescribed by some in the queer community. Indeed, the late 1980s and 1990s is often described as a Butch/Femme renaissance in which masculine and feminine lesbians re-embraced their gender expressions as parodying and subverting, rather than reproducing, mainstream or ‘straight’ gender roles. However, at this time the bulk of cultural and academic work in the field of lesbian gender expression remained focused on female masculinities. One of the consequences ­­– presumably unintentional – of this re-valorisation of masculinity in lesbians has been the sidelining of queer femininities.

This means that queerly feminine folk such as myself are often invisible in lesbian spaces. Sometimes we are even unwelcome, seen as experimenting straight girls or as gay men’s accessories. Indeed, it is not uncommon for a trans man to be more welcome at a lesbian event than a feminine trans woman.

Yet, Femmes are uniting against our erasure, our assumed illegitimacy. There are pockets of the internet and the local gay scene where we can find each other and affirm our queerness. We are publishing  anthologies and making art. We are doing PhDs and writing in Archer. We are being visible and loud and proud. Because we have a history, our identities are anchored in the development of non-binary and female queer politics, culture and communities.

And by asserting this history, we can add our voices to the cacophony of feminine narratives of queerness that refuse to be sidelined any longer.

Katherine Giunta is an Anthropology PhD student researching queer femininities in Sydney. She writes about sex, gender and allyship at her blog katherinegiunta.com and spends all her money on black coffee. You can find her on twitter @pontifi_kate.