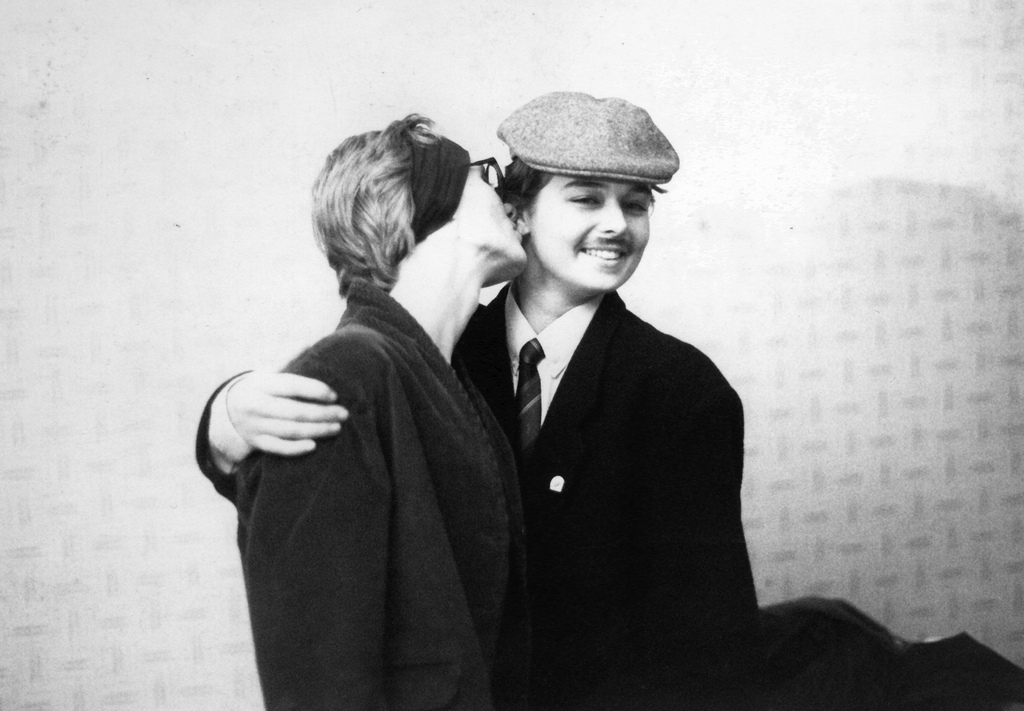 Breaking gender norms by existing as a masculine-of-centre female presents far more challenges to other people than you’d think. It contributes to awkward situations, from enthusiastic thumps on the back from blokey blokes and playful physical flirtation from women (more unnecessary and often unwanted physical contact), to an expectation to take the lead romantically, which often manifests as not only being expected to initiate the date, but also foot the bill. It also often confuses people into thinking I’ll be on board with casual misogyny.

In terms of interactions with women, both on a social level and in a dating capacity, I often find myself being playfully pushed, slapped or hit in some other way, and after much thought have concluded that it must be based on my appearance. I used to have a friend who frequently pushed and hit me in response to my playful banter and I’d watch her in similar situations with our other female friends and note that she never reacted to them in the same way. In fact, she never reacted to males in the same way either. Despite my blatant objections to being pushed around by her, she was incapable of changing the way she interacted with me. We don’t hang out anymore.

Curiously, I’m also often mistaken for someone who’ll want to engage in some light misogynistic banter. This often comes from men and other lesbians. It’s insulting and revolting that anyone would think that based on my short hair and waistcoat I will want to talk about ‘the set on that piece.’ I find it particularly disturbing coming from other women. It’s also an insult to men. My interpretation is that my masculine-of-centre presentation confuses some people into treating me like ‘one of the boys,’ and if I’m ‘one of the boys,’ by default I’m going to want to talk about women in a derogatory way. The vast majority of men I know would never engage in talk like this. In fact, they would shoot conversation like this down in a second. It’s a double-barrelled insult, to me and to men, and it’s just language that I’m completely disinterested in being subjected to.

Being masculine-of-centre can also be expensive, and not just because it requires keeping an array of shirts and bow ties at the ready. It can be expensive when you’re in the dating scene because it often comes with a passive, unspoken expectation that you’ll pay for dates. This blows my mind. Firstly, because I’m not ‘the man’ in any social situation, least of all on a date, and secondly, because it’s not the 1950s. Even if I were an actual man, aren’t we beyond expecting men to pay for everything and to assume the role of the pursuer? This might say more about the kind of dates I have historically been on than their perception of my gender identity, however, it’s something I’ve encountered far too many times for my appearance not to be a factor. You’ll all be relieved to know that I’ve identified the warning signs, and it’s been some time since I’ve dated someone who has expected me to pay for everything. I still find it fascinating and it goes against everything we strive to do by way of educating people. ‘Which one’s the guy in the relationship?’ (Insert indignant reaction, then go out for lunch and stand idly by while your masculine-of-centre date reaches for their wallet).

It seems that the underlying theme in each example is assumption. It’s assumed that because I ‘look like a boy’ (whatever that means), that I’ll have no objections to talking crudely about breasts, being pushed around and spending my life’s savings courting women. It’s interesting that we still have such strong perceptions of gender roles and that they can be applied to people who don’t even identify as that particular gender. I also find it alarming that there are so many people out there who express themselves through overenthusiastic, unwarranted physical contact. In general, regardless of your perception of someone’s gender identity, I think it’s good practice to be gentle, not to hit people, and to treat everyone as equals (which sometimes means buying someone a coffee or a meal, just because it’s a nice thing to do).

Kirsty is a Melbourne-based comedian and writer with a particular interest in the way old habits die hard when it comes to gendered signs. Follow her on Twitter @KirstArific