Street harassment and transphobia: Invisibility as an accidental privilege 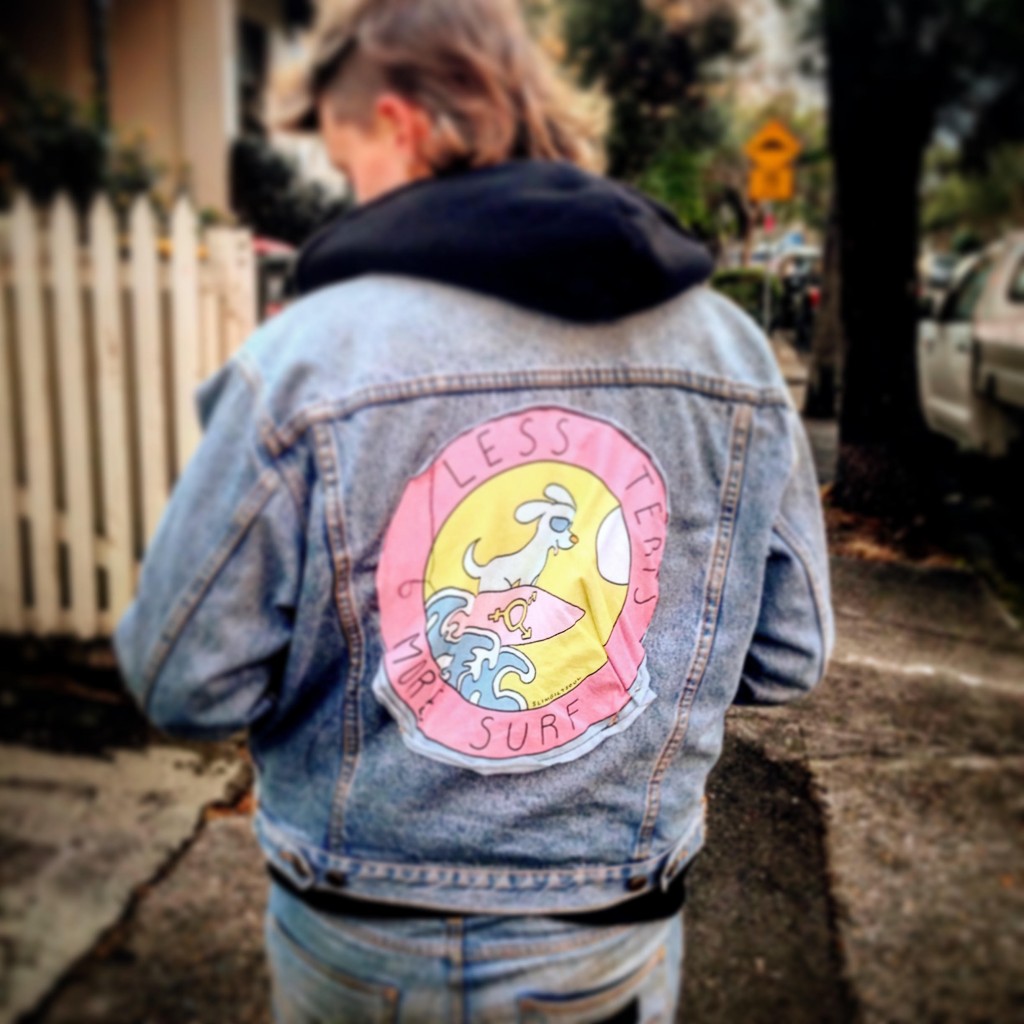 I’ve been having a lot of discussions with people about the recent bashing of a friend of mine, a transwoman, an incident that received a great deal of attention in the media. For my friend, this has meant that her safety in the street is in question even more so than before, because suddenly everybody knows her face – supporters and haters alike.

Suddenly, Australia believes that transphobic violence is a thing. Of course, it’s nothing new to us transfolk. Transphobia is, however, experienced differently by everyone, and I think it’s time we addressed the variability in these experiences; I will speak here of my own.

I am biologically female, but my gender is neutral/everything/fishsticks/whatever. I’ve previously written for Archer about being transgenderqueer. I’m not into hormones, and I’ve only recently had top surgery (before this I wore a binder for many years). I look like a boy/boi/dyke/twink/whatever. So although I identify as both a woman and a man (but mostly as neither), for all intents and purposes the world sees me as a woman of *some* kind.

The upshot of this is that I never get catcalled for being a hot lady, I never get fondled by men in bars, I never get yelled at for being trans, I never get called a fag, I rarely get any verbal harassment at all, and I haven’t experienced physical harassment in my adult life. I generally put it down to the fact that I’m not really what straight men are looking for, and I’m not immediately gender-deviant enough (try as I might) to warrant comment (most of the time). I’ve been yelled at out of a car twice – once by a minivan full of drag queens (and rest assured, my BFF and I loved it), and the other time about having a mullet.

And sure, if I walk into Woolies and buy a bottle of milk, the staff at the checkout will probably say “that’s three dollars miss”, and that daily micro aggression of being called ‘miss’ (when you could really just cut out the word entirely) hurts. It adds up. Being constantly and consistently misgendered as female sucks. But the world at large is still just on the beginning of its path with binary trans folk – us non-binary people aren’t gonna have an easy time of it for a while yet. And sure, sometimes I get gender policed in the bathroom, or on dating apps, or whatever. It happens. I personally can let it wash over me and move on, because I guess I’m numb to it in a lot of ways and prefer to focus on other things. Our society is not yet post-gender, even if my community is.

Regardless, there is no way in hell I would ever compare these encounters to the shittiness it must feel for women to get hooted at from cars, or for transwomen to be asked about their junk, or transmen to be thrown out of men’s gyms, or even to be laughed at for what you look like or wear. I’m a white, thin, young, conventionally attractive and acceptably androgynous trans kid who comes from a middle class family that supports me and loves me to bits. Sure, I might have it harder than some folk but I can definitely acknowledge that a whole lot of people have it harder than me – a whole lot of transfolk, and a whole lot of cisfolk too. I can always hide behind a lesbian banner and most of the time get away with it. Medicalised trans people (such as those on hormone replacement therapy) can’t do that, particularly adult-transition transmen and transwomen. (Though we’ll see how I go when summer rolls around and my recent surgery becomes more apparent.)

I’m not attempting to write something along the lines of “someone’s always got it worse than you, think of the starving kids in Africa”, but more that everybody has it different from you – our experiences aren’t the same. We can’t decry that all transphobia hurts the same, because some of it hurts in very different ways: the slow burn of misgendering; the transphobic bashing resulting in hospitalisation; the economic disempowerment being denied housing and employment; forced divorce due to marriage laws; constant prejudice and denial of care from the medical industry, and so on.

I have a unique position. I am mostly free from the horrors of everyday sexism because I’m not femme enough, but experience neither male privilege nor overt transphobia because my masculinity is so femme. There’s a lot to be said about society’s preference for expressing masculinity over femininity and the consequent differences in oppression – and for being white, young, pretty, to have citizenship, an education, a house.

So yeah, the transphobia I get sucks, but in my day-to-day life I don’t let it break my stride, because if I let everything get to me, every single misgendering, every comment about whether I’m “doing trans right”, every reference to me as a ‘lesbian’; if I let it hurt me each time, I’d have nothing left. So instead, I shake it off, but also I make an effort to do trans advocacy, trans health work, and just put it on the table in a lot of discussions at school, work and play.

I’m not saying we shouldn’t be fighting for a better future, but if we demand that the changes we need be enacted today, we’re going to be bitterly disappointed. So while I fight for a future where I can get gendered correctly at Woolies, I know that if I let the staff at the till get under my skin every time, I’m soon not going to be able to leave the house. I maintain realistic expectations for reality, and lofty dreams for the future – and I believe it is this that helps me get by in my day-to-day, and be the goodest egg I can be.

Laurie Hopkins is a bushland manager and nursing student who recently had top surgery and looks hotter than ever. They eat popcorn at least twice a day and you’re probably their type.