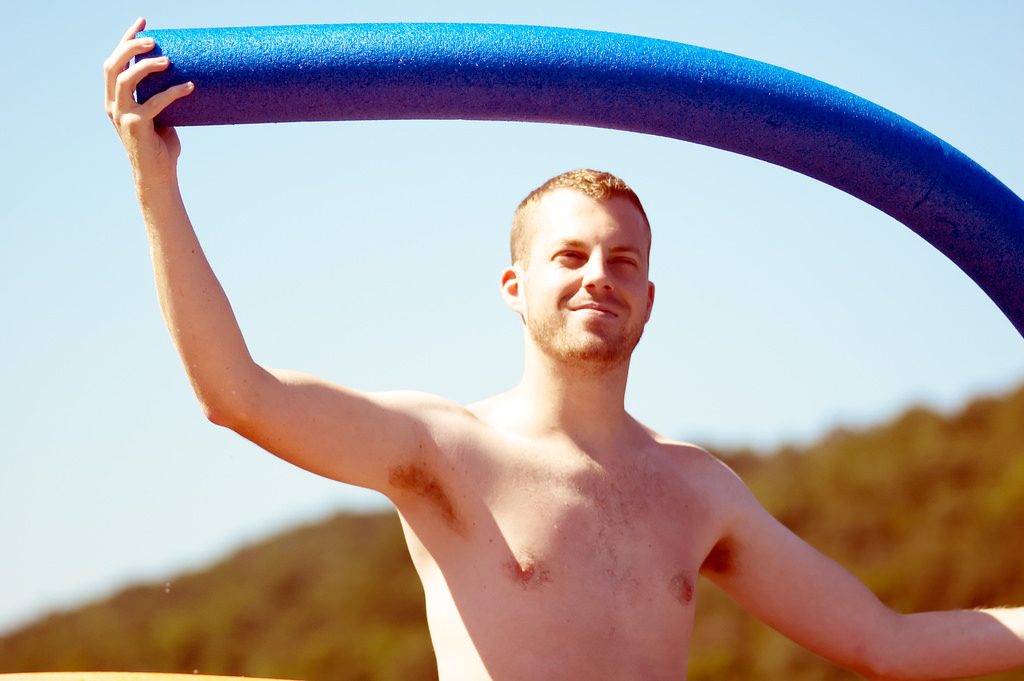 For a long time, I’ve struggled with aspects of my masculinity that I’ve always deemed to be outside of my control. I’m short, baby faced, lean and my voice is slightly high. I got stopped the other day from entering a raffle at a market because the woman running it didn’t believe that I was over eighteen. Because the queer community has the inclination to classify everything, I’m a twink.

I wouldn’t classify myself that way at all though, because being a twink comes with an attitude and confidence that I don’t have. I’ve been told on enough dating apps and had enough jokes thrown my way for me to assume it must have some truth to it.

It’s not just assumptions from the queer community that play on my mind when it comes to how I come across. Though the majority of the heterosexual community probably won’t know what twink means, they know the negative stereotype associated with it.

Twinks are an identity category familiar to many people. Photo: David Goehring. Licensed under Creative Commons 2.0.

It’s the flamboyant best friend in movies that we’ve all grown up watching. The one with the over-dramatised movements who says ‘bitch’ a lot. It’s the reason why I spent a lot of time in my younger years being very careful with the way that I conducted myself, to the point that a lot of what simply feels natural to me is buried under a fake and practised masculinity.

I don’t want my personal insecurities to come across as an attack on anybody else. I have so much envy and respect for people who have the comfort and confidence to be who they are. The issue with stereotypes isn’t that they can be right, it’s that people still rely on them much more than they ever should. I don’t want people to label me because of the way that I look, I want them to actually know who I am.

I’ve been dating someone for the past three years. He’s quite a masculine guy. People seem to obsess over who’s the man and who’s the woman in our relationship, which is automatically already answered in their minds without anyone having to say anything. I’ve had many arguments with him where the base of it all has been “stop acting like such a man, it makes me look bad.” I understand how unfair that is to do and if it’s any defence on my part, it usually comes after too many drinks.

The idea of a man that’s more feminine than masculine is still the source of jokes and assumptions and, from my experience, it comes mostly from those that care about you. It’s the friends that make the jokes, said with no malice, just ignorance.

These relatively minute comments and situations very quickly add up to me feeling inadequate and stuck in this limbo where I identify as male, but everyone around me doesn’t see me as masculine. It’s everything adding up that just makes me want to shout “I’m a man too!” at everyone around the table. But I’d never do that, because shouting just makes my voice go higher.

I’ve always been one to keep a lot of these insecurities hidden, because in the scheme of things, I have it quite well off. Stressing about my masculinity and of people assuming that I’m a submissive bottom is nothing compared to what some people still have to put up with every day. I think this would be similar to a lot of people who struggle with their masculinity but understand that, at the end of the day, there are worse things that people could judge you for.

The result of keeping it hidden is that it cycles back to the same things I would do when I was younger, like watch my own movements very closely in an attempt to catch myself out of doing anything considered feminine.

With many things progressing so positively for the LGBT community, I am proud of who I am, but I’m still careful with how people see me. My own insecurities dictate my personality in a lot of ways, to the point where I shudder to think of anyone assuming I’m a bottom, let alone labelling me as a twink.

Joseph is a student from Melbourne, currently working full time as well. Identifying as gay and trying to break into the complex world of writing.