Opponents of same-sex marriage are losing touch with secular reality 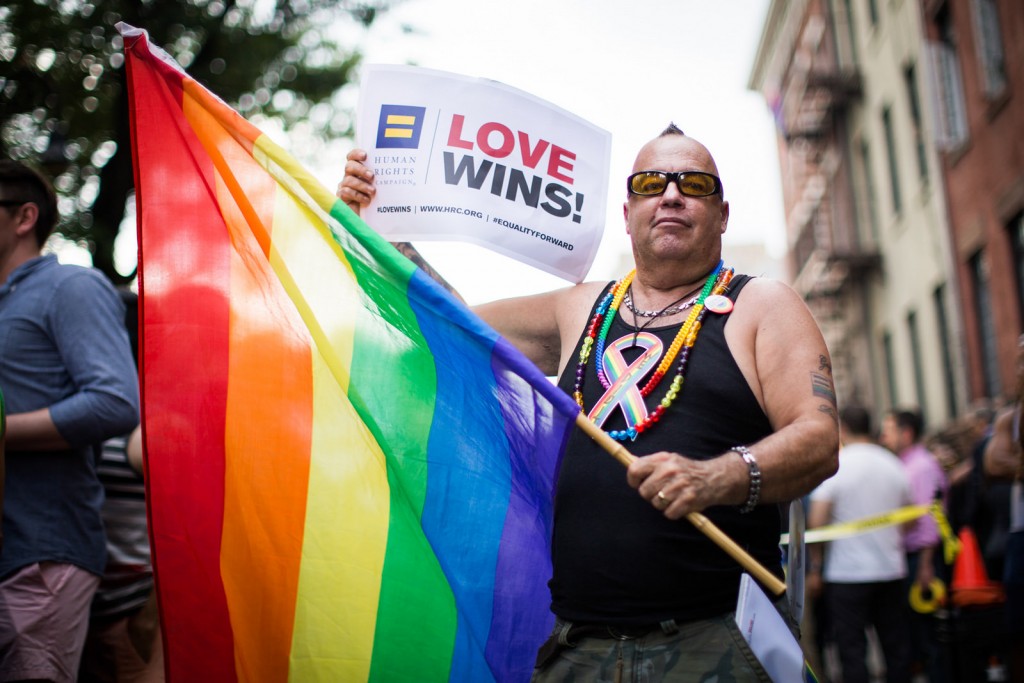 In 2004, then-prime minister John Howard introduced the Marriage Amendment Bill, which incorporated the common law definition of marriage – “the union of a man and a woman to exclusion of all others” – into both the Marriage Act and the Family Law Act. It thereby gave Australia’s same-sex marriage movement its impetus.

Australia now lags behind most other Western democracies in allowing same-sex marriage. Public support for this has grown dramatically in the past few years.

The gay liberationist tradition has always been sceptical of marriage, and some of us have taken pride in relationships that are sanctioned neither by the state or the church. But the issue has taken on huge symbolic importance for many people. It is now the yardstick by which genuine acceptance of homosexuality is measured.

“Marriage equality” is increasingly presented as a fundamental right. This appears to be the position taken by Human Rights Commission President Gillian Triggs.

After the referendum in Ireland, where a strong majority supported same-sex marriage, and the US Supreme Court decision which found same-sex marriage to be guaranteed by the US Constitution, the opponents of marriage have resorted to a series of increasingly arcane arguments.

Coalition ministers Eric Abetz and Barnaby Joyce have discovered a remarkable concern for Asian public opinion. It is not one they have demonstrated on other issues.

Their interventions can be dismissed as silly, and are unlikely to slow the trend towards support for same-sex marriage. More significant is Paul Kelly’s argument in Saturday’s Australian. He claimed the debate has failed to respect the rights of those with religious convictions against same-sex marriage:

The legalisation of same-sex marriage means the laws of the state and the laws of the church will be in conflict over the meaning of the most important institution in society.

But church and state laws have long been in conflict over issues such as divorce, abortion and contraception.

Kelly’s concern that churches – and presumably non-Christian religious institutions, which he fails to mention – may be forced to employ same-sex married spouses or provide housing for same-sex couples ignores that exemptions already exist that allow religious institutions to discriminate against homosexuals, married or not.

Image by Adrian Cabrero, reproduced under the Creative Commons 2.0 license

It is a basic principle of a secular society that public services are accessible to all, and that we allow a fair amount of leeway for people to exercise their conscience where it does not affect others.

This is hardly a new issue. We expect pharmacists to sell contraceptives, even if they disapprove of their use. The Pharmacy Code of Conduct requires compliance with all anti-discrimination legislation.

That religious institutions which receive government funding are exempted from requirements we expect of, say, taxi drivers or baristas, remains a contradiction. But marriage will not change that contradiction.

Kelly quotes with approval the dissenting US judges, who argued the court should not act as a legislator. This is an odd argument coming from a court that has been responsible for some of the most significant social changes in American history. Decisions on school segregation and abortion rights changed the course of American history.

Because Australia has no Bill of Rights in the Constitution, its High Court has far less opportunity to make social policy. And, unlike the US, marriage in Australia is clearly a federal responsibility.

The fight for same-sex marriage in Australia is different to that in the US, where there is little recognition of de facto relationships, and even health benefits can depend on marital status.

In other areas, such as recognition of same-sex partnerships for immigration purposes and retirement benefits, Australia has long been far more progressive. There is something odd in the US government funding delegations of Australian same-sex marriage proponents to New York for advice on campaigning.

As with those who come out as homosexual at the end of their careers a little humility is called for. It is only seven years ago that the US was lining up with Iran and the Vatican to oppose naming homosexuals in UN resolutions.

I hesitate to claim that same-sex marriage is inevitable. Many thought that about a republic, which now seems less attainable than at the time of the 1999 referendum. But the arguments against it from the Right are increasingly a mixture of homophobia and desperation, which may well suggest that they, at least, believe they are losing.

I used to be a sceptic about the importance of same-sex marriage. Its advocates too often sound as if no injustice exists beyond their inability to walk down the aisle with the partner of their choice.

But rather like Howard’s legislation in 2004, the current opponents of same-sex marriage have turned the debate into one that is about far more than just extending the term “marriage” to already existing long-term relationships.

This article originally appeared on The Conversation. It is reproduced here under the Creative Commons 4.0 license.