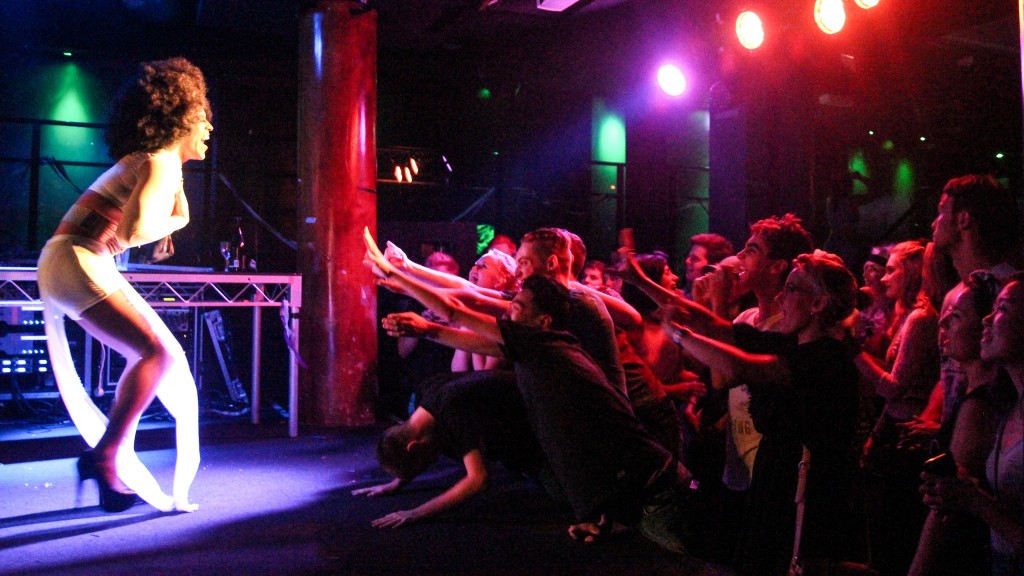 The queer community has developed a tendency to enforce certain notions of sex positivity to the detriment of the true personal and sexual liberation of some of its members.

This mimics the oppressive elements of the world of heteronormative dating that queer sexual politics is apparently different from. Manifestations of sex positivity, along with an aesthetic hierarchy that lauds physical attractiveness in normative ways, help queers gain social capital and are then used as mechanisms for border policing – actively delineating the “right” ways to be a ‘sexually liberated queer’, and devaluing behaviours that don’t fit this mould.

An article written here last month by Archer’s online editor Lucy Watson, (‘Sex in public: keeping parties fun, queer, and safe’, Archer, 3/7/15) observed “By far, the most fun parties are the ones with a sexually charged atmosphere”. Lucy is right: the party scene exists to provide a sexually charged space, and the more sexually charged parties tend to be regarded as the most successful. Sadly, for those who don’t engage with the scene on its hypersexual terms, it is anything but fun.

This dynamic has a very real capacity to alienate sections of the community.

I’m not denying anyone the right to sexual self-expression. Sexual desire is natural and beautiful and should be nourished as long as it doesn’t hurt anyone. But with this comes an implication that queers in particular should be sex-positive (which is true) and that this involves being sexual all the time and to be comfortable with all types of queer sexual behaviours and environments and attitudes (which is not true).

This leads to what I think is a sort of enforced sex positivity. That is, the idea that we should encourage and applaud sexually adventurous and deviant behaviour. The only problem is that a person who is not very sexually driven or oriented, or who doesn’t like being touched or embraced at parties (even by well-meaning friends) risks automatic categorisation as a prude or square if they abstain from engaging in these activities.

This is particularly problematic given that queerness is a political category that encompasses, or should encompass, all types of non-normative sexualities, including those that feature asexual behaviours. Of course, there’s nothing inherently wrong with sex positivity – but the way it is enacted and performed has the potential to breach people’s boundaries.

The failure of the queer community to address asexuality in its discourse and community-building is a longstanding problem that has only recently been addressed (on a base level, think of how recent the addition of ‘A’ to the LGBTQIA acronym is, or the fact that whether we are sexually engaged with someone or not is at the forefront of catch-up discussions and gossip). It’s crucial that asexuality has become part of the discussion, but our engrained tendency to categorise things in binary terms (top/bottom, butch/femme, and now sexual/asexual) has resulted in the invisibilisation of types of sexuality that don’t fit the sexual/asexual binary.

Context-specific discussions of active sexual consent notwithstanding, there is a strong and well-established understanding that all people in a queer party space are interested in or actively pursuing sexual relationships, encounters, or behaviours of some capacity – ranging from forgettable hook-ups to group sex or long-term sexual relationships. While it might be understood that an openly asexual person is not interested in types of sexual encounters, people who do not fit neatly into this sexual/asexual binary do not, for all discursive intents and purposes, exist.

We may talk of moods and of being at various stages in life, such as post-long term break ups or experiencing fluctuations in gender or sexual fluidity which affect the types of people one pursues for sexual purposes. However, if there is such thing as a sexual/asexual fluidity, or a characteristic aversion to certain types of sexual expression (such as going to queer party nights, or allowing oneself to be constantly invigilated for sexual desirability, or pursuing dates or sexual partners in a normative manner) it is completely absent from the discussion.

And here’s my homage to the broken record: what this really boils down to is the replication of heteronormative patriarchal structures in the queer community that is supposed to have transgressed these norms entirely.

I don’t suggest we are such an enlightened bunch that these structures (such as the valuation of physical attractiveness or the presumption that people are fair game to be sexualised, scrutinised, and assessed in terms of fuckability 24/7) are able to be dismantled completely – such a thing is impossible in any group borne out of an oppressive system that is begging for subversion. Rather, constant self-reflexion is something we should continually engage in, because the absence of this results in the replication of oppressions in what are supposed to be safer spaces.

Politically, queerness is fundamentally different to the notion that gays and lesbians happen to have a different dating preference to heterosexuals, but that every other aspect of dating and sexuality is the same as it is in the straight world. In fact, this understanding of queer sexuality exists to facilitate the digestibility of queer sexuality and make it palatable in a world where heterosexuality still reigns supreme. As long as we propagate oppressive sexual structures such as these, we are sending the message that we are happy to exist on the terms of the straight world.

In light of this, I ask you, are queers really, finally, sexually liberated? Or are we just mimicking the expectations of sexual behaviour laid out by heteronormativity? And if we are liberated, why on earth is the reactionary word “pride”, itself sexually charged and demanding attention to the physical aspects of queerness, still in our collective vocabulary?

What I’ve laid out here is by no means completely original, nor all-encompassing, but the fact that these issues still exist is a testament to the importance of constant self-reflection within the community.