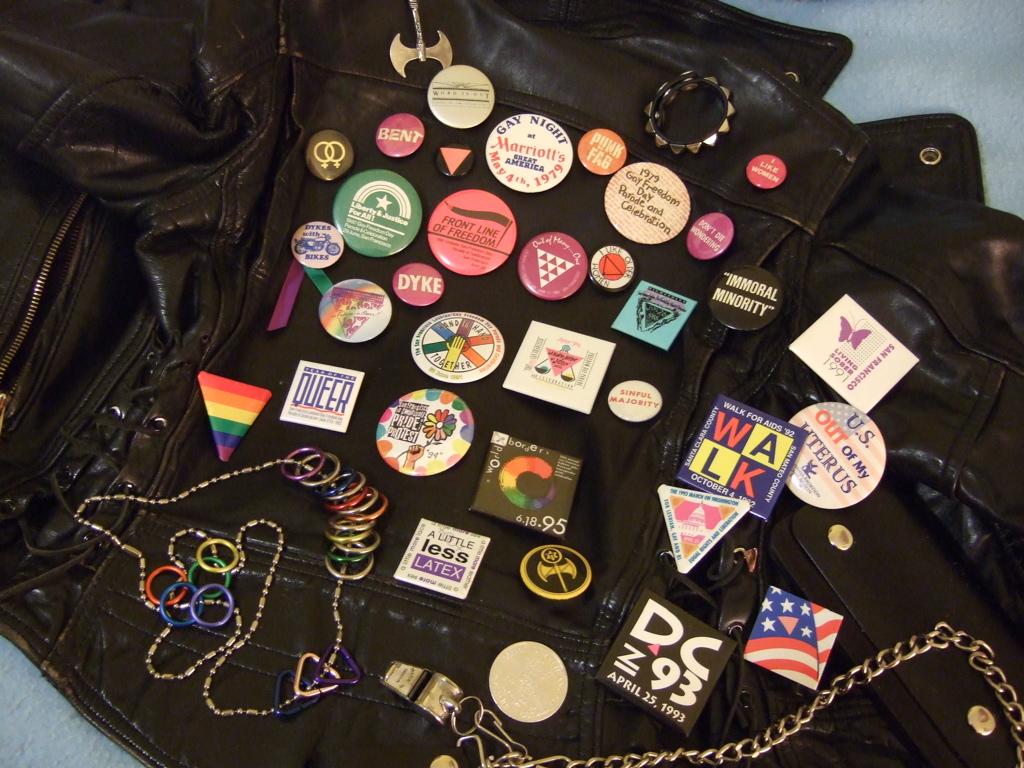 When I finally admitted to myself that I am attracted to women I came out with gusto, “I’m a lesbian!” I shouted from the rooftops. Being new to Melbourne and newly out, I developed my social circle through the queer community. I made friends and started relationships through lesbian dating sites, and I participated in queer events. For years I knew very few straight people in Melbourne.

Photo by Earthworm. Reproduced under the Creative Commons 2.0 License.

But after a while, something began to change. I found myself being attracted to and interested in men again. While I continue to identify as queer, I am now a practicing heterosexual. And that changes the space I can occupy within the queer community. I don’t experience homophobia in the same way anymore. As a lesbian, I made an effort to make my sexuality known through how I looked. Although I haven’t made drastic changes to my appearance, I now seem to be read by strangers more as being ‘alternative’ than gay. Being asked if I have a partner doesn’t feel like a loaded question anymore, nor does being asked if I have a boyfriend feel like an erasure of my identity.

This privilege was really brought home to me when I discovered how differently my relationships with men were recognised by people outside the queer community. I hadn’t realised that my relationships with women were not taken seriously until my dad congratulated me on moving forward in my life when I mentioned that I would be going interstate for a few days to visit a guy I had just started seeing. I was astonished that something that had not yet developed into a relationship with a man would be given more importance than any of my previous relationships with women. The struggle for equality is real, and I’m not affected by it in the same way anymore.

Given how firmly I was still trying to hold on to my identity as a lesbian, my desire for men didn’t make sense. But, sexuality is fluid and desire and identity are different things. So when I found myself single, I decided to act on my desire.

My friends and I thought my interest in men would just be a phase, an experiment, something I did from time to time. It was just going to be casual, just about sex, it’s not like I’d want to actually date a guy…right? Right???

It may have started out that way, but it didn’t stay that way. Soon I found myself pursuing romantic relationships with men and I had to admit to my queer community, “Maybe I’m not like you after all.”

Coming out as ‘kinda straight’ was daunting, in some ways. I very strongly identified as part of the queer community and was outspoken about queer issues. I worried that my friendships would change and that I’d lose the community that had become so important to me. I didn’t. Things changed, but my friends are still my friends.

Queer issues remain important to me, but my ability to speak on them has changed. I know what it’s like to experience discrimination: to be afraid of showing affection in public, to be made invisible, and to feel hyper-visible. I know what it’s like to walk down the street and see another lesbian and feel solidarity, to be involved in ‘lesbian drama’, the joys of lesbian sex, and the fluidity of queer relationships. I know that the good things are amazing and the bad things are horrific. And I know how important it is for me to step back now. I can’t occupy queer space in the same way anymore because by being an acting heterosexual I have heterosexual privilege, whether I want it or not.

It took a while to figure out how I fit within the queer community. There was a lot of sitting back and not being involved. I think it’s important for people to speak to their own experiences and recognise the limits of their experiences. I can’t talk to the challenges of being a lesbian in 2015 because I am not facing those challenges. But I can talk about bi-invisibility, about the instability of desire and identity. And I can speak to heterosexual privilege, and challenge people on why hetero relationships are given more importance than queer relationships.

Joni Meenagh moved from Canada to complete a PhD at the Australian Research Centre in Sex, Health and Society at La Trobe University. She has since fallen in love with Melbourne. Her research explores relationship negotiation within the context of new media environments.