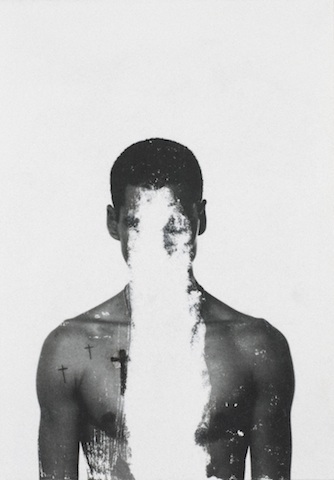 IMMIGRATION ISSUES HAVE plagued parliamentary leaders throughout Australia’s recent history. In particular, the plight of asylum seekers who arrive by boat has captured the attention of the media and the public – harrowing images of people fleeing countries ravaged by war, violence and economic instability have flooded our screens since the infamous Tampa affair in 2001.

The unique experiences of LGBTI asylum seekers, however, are often overlooked by politicians and the media.

Afi Pirie, a 28-year-old tattoo artist from Iran, is one such individual seeking protection from sexuality-based persecution in his home country. When Afi’s family discovered him in bed with his boyfriend, his father declared, “My son is dead, get out. You have no mother, no father, no brothers and no home.”

Afi’s father, an Islamic theologist, then made a report to the police. “My mother rang me and told me it was too dangerous to go home because the police were searching for me there,” Afi recalls. “Then the police caught me. I was booked for tattooing a woman. I was strung up and consistently bashed.”

As a result of this brutality, Afi suffered several fingers broken and a snapped tendon in his leg. After spending a month in hospital to recover from his injuries, Afi and his boyfriend Reza fled Tehran. They lived out of a car for some months and eventually moved into their own apartment.

Nine months after Afi left his family home, he learned that his father had disclosed his new address to the police, and that he was to be executed. With the financial help of his mother and friends, Afi and Reza decided to leave Iran. They proceeded by plane to Indonesia where they paid people smugglers $5300 each to travel to Australia by boat.

Afi describes the journey, in which 99 asylum seekers were crammed into a small vessel, as extremely dangerous. “People were fighting for water and food, there were children crying.”

After spending several weeks in a detention centre on Christmas Island, Afi was released into the community on a Bridging Visa. This temporary visa has allowed him to lawfully stay in Australia while awaiting a decision regarding his application for protection.

The set of requirements surrounding visas issued to those who arrive in Australia by boat are complex, devoid of compassion and subject to political change. Afi arrived in Australia shortly after former Prime Minister Kevin Rudd announced the ‘no advantage’ principle. This means asylum seekers who arrived by boat between 13 August 2012 and 19 July 2013 will not have their claims processed before anyone who applied for protection offshore.

Consequently, Afi is in limbo and there could be many years of uncertainty ahead before his claim is processed. His visa prohibits him from working and he now relies on the support of an organisation called Rainbow Communities Tasmania (RCT). RCT connected him with his mentor, Julian Punch, who he now lives with in southern Tasmania. With the help of barrister Greg Barns, they have built a case they hope will sway Immigration Minister Scott Morrison to grant Afi permanent protection. 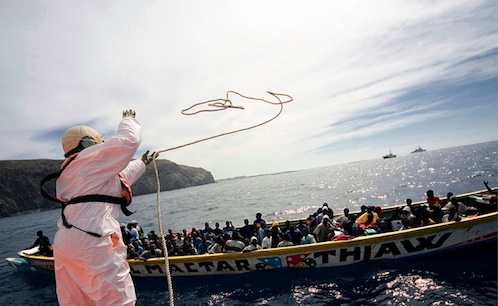 There is an array of circumstances and events that motivate people to seek refuge in Australia. Increasingly, LGBTI people around the world are leaving their homes due to persecution and discrimination, often as a result of homophobic laws. The Universal Declaration of Human Rights specifies that “Everyone has the right to life, liberty and the security of person.” Similarly, the International Covenant on Civil and Political Rights states that “Every human being has the inherent right to life. This right shall be protected by law. No one shall be arbitrarily deprived of his life.”

Despite these principles of international law, it is currently illegal to engage in consensual same-sex relationships in 76 countries across the globe. In many places, LGBTI people are subjected to harassment, exclusion, physical and sexual violence, life imprisonment and even death. The 1951 United Nations Convention relating to the Status of Refugees defines a refugee as someone who fears persecution or has experienced discrimination due to their race, religion, nationality, political opinion or membership of a particular social group. As a signatory to the Convention, Australia is obliged to offer an individual protection on the basis of any of these criteria. Since 1992, Australia has offered protection to LGBTI asylum seekers deeming that sexual minorities are a ‘social group’.

Despite Australia’s commitment to offer asylum to those who have suffered persecution due to their sexuality, there is no guarantee that claims for protection will be granted. Those in the community awaiting a decision on the outcome of their claim face prolonged periods of uncertainty, and experience financial and emotional duress.

Many asylum seekers and migrants build support networks within their own ethnic, cultural and religious groups. According to Julian Punch, Afi longs to be accepted and supported by the local Iranian community; sadly, this has not been the case. LGBTI asylum seekers are often excluded from ethnic communities within Australia in a way that mirrors the treatment they experienced in their home countries. This is particularly true for those who have fled highly religious societies, such as Iran, where sharia (Islamic) law shapes everyday life, and homosexuality is openly condemned by religious leaders, citizens and the government.

Equally traumatic for LGBTI asylum seekers are the procedures involved in demonstrating their ‘gayness’ to the Department of Immigration in order to validate a protection claim. Senthorun Raj, president of the New South Wales branch of Amnesty International Australia, believes that the Immigration Department uses stereotypical cultural assumptions to determine whether an asylum seeker is truly gay or not. This means asylum seekers are required to provide evidence that they were publically ‘out’ and actively involved in the LGBTI community in their home country. He notes that lesbian asylum seekers often have their claims rejected by authorities for failing to demonstrate that they were active members of lesbian communities.

In May 2011, the Department rejected a claim for protection by a lesbian asylum seeker from Uganda and ruled she “had merely adopted the persona of a homosexual”. The asylum seeker subsequently explained, “I have kept my homosexuality private in Uganda because I feared for my life. It is for this reason that I did not directly associate with or join lesbian groups.” (Senthorun Raj, Amnesty International, 13 July 2012.) 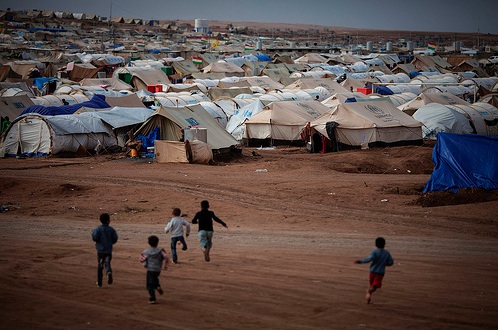 This case demonstrates the danger of relying upon rigid cultural stereotypes to prove an asylum seeker’s sexuality. LGBTI cultures are not homogenous around the world; what is considered commonplace behaviour for a same-sex attracted person in Australia is not necessarily acceptable in a country that has its own set of cultural norms and traditions. This is particularly true for nations that criminalise homosexuality.

Measuring sexuality in this manner denies the diverse global expressions of LGBTI identity. The Immigration Department runs the risk of sending people back to environments where they will be persecuted and potentially face imprisonment or death.

The prospects for LGBTI asylum seekers under the Regional Settlement Arrangement, introduced in July 2013, are similarly alarming. As part of this arrangement, all asylum seekers who arrive by boat are transferred to either Nauru, an island in the South Pacific, or Manus Island in Papua New Guinea (PNG). Asylum seekers processed in these two nations are offered permanent protection if they are found to be genuine refugees.

These developments have disturbing consequences for LGBTI people. Same-sex activity between two men is illegal in PNG and those found guilty can face up to 14 years imprisonment. This raises the question: how can an LGBTI person apply for asylum on the basis of their sexuality or gender identity in PNG? An Amnesty International report released in late 2013 found that guards at Manus Island detention centres are obliged to report any sexual activity between men to authorities. A gay asylum seeker interviewed by Amnesty expressed that his greatest fear was being reported to the PNG police because of his sexual orientation.

Unsurprisingly, mental health issues including depression, anxiety, self-harm and suicide are prevalent among people in detention centres. Alex, another gay asylum seeker, told Amnesty, “We have no support for our emotional problems. I’d like to have a boyfriend, to talk about the future with, to share my feelings with, but I’m too scared.” (Amnesty International, December 2013.)

As a result of Australia’s immigration policies, LGBTI asylum seekers are routinely denied basic human rights. The arrangement in which asylum seekers are sent offshore to nations that criminalise homosexuality contravenes Australia’s obligations under the 1951 Refugee Convention. The Convention states that: No Contracting State shall expel or return a refugee in any manner whatsoever to the frontiers of territories where his life or freedom would be threatened on account of his race, religion, nationality, membership of a particular social group or political opinion.

Current government policy exacerbates the unique and troubling conditions experienced by LGBTI asylum seekers. This places emotional, physical and mental duress on LGBTI people who have already suffered discrimination and persecution in their home countries, simply because of who they love.

Afi Pirie’s story highlights the need for awareness around the unique conditions faced by LGBTI asylum seekers, and for a more humane approach to immigration policy in Australia. Afi says he came to Australia because “it is a free country, a big country, where there is good living for gay people: no problems, no police.” In Iran, sex between two men is punishable by death and some of Afi’s close friends have been executed for being gay.

Despite all that he has been through, Afi still loves his father and misses his mother greatly. He longs to be able to work in Australia and pursue his passion for tattoo art, however the Immigration Department is yet to grant Afi permanent protection and there is still an uncertain and arduous journey ahead.

Alexandra Cashion is Archer’s online editor and a freelance writer. She writes about politics and society, holds a Masters of International Relations and completed her postgraduate thesis on Middle Eastern politics and gender.

Text by Alexandra Cashion
Images by Mauro Palmieri and UNHCR