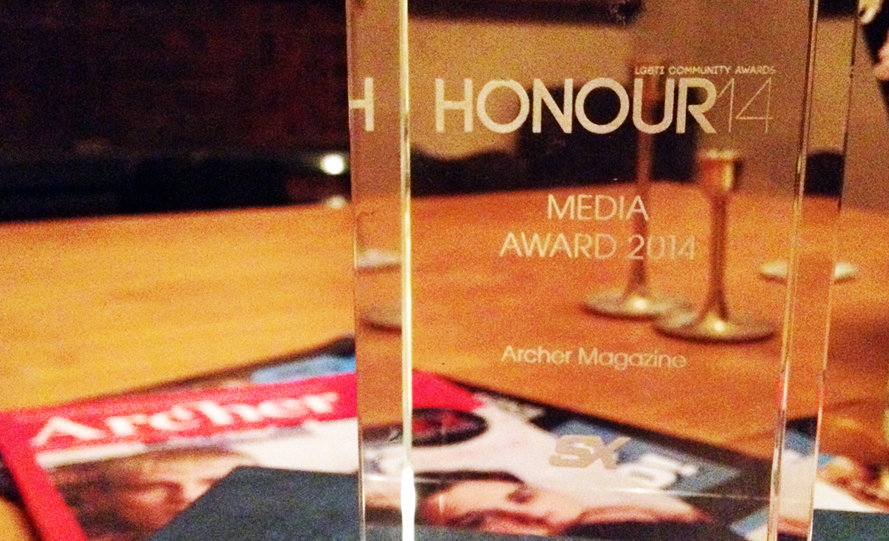 Archer Magazine was among nine people and organisations from across Australia recognised for their service to NSW’s lesbian, gay, bisexual, transgender and intersex (LGBTI) community at a gala awards ceremony in Sydney last month.

Presented by a host of LGBTI organisations, the Honour Awards are a chance for the community to recognise their heroes. Archer took out the 2014 Media Award, ahead of fellow finalists Channel Ten, 60 Minutes and Dirty Queer Magazine.

“The winners exhibit a truly outstanding commitment to supporting the LGBTI community and deserve to be recognised for their efforts,” says ACON President Mark Orr. 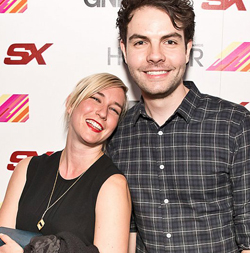 “We get so much amazing feedback, but it’s really special to be recognised by the LGBTI community,” Archer publisher Amy Middleton said.

“This award shows we’re doing our job: representing marginalised voices in a respectful manner. Plus, our hard work is being recognised, which means more than we can say.”

Amy and the Archer Team would like to thank ACON, SX Magazine and all the supporters of the 2014 LGBTI Honour Awards.

After just a year in existence, Archer Magazine #2 sold out in June, reaching 20,000 readers. The team is currently looking ahead to issue #3, which will launch in Melbourne in November. Secure your copy here.