Gays in mainstream music: where is everyone?! 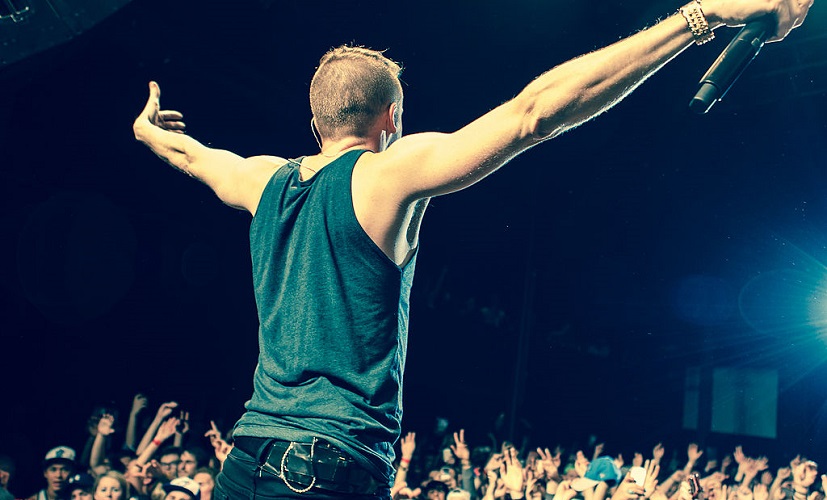 Music in itself is pretty gay. It’s often melodramatic, sometimes camp and always likely to incite singing, dancing or jazz-hands – stereotypically gay behaviour by pop culture’s own yardstick. It’s therefore ironic that the medium has been sparse on gay content. Until now.

A shift is underway and it reached a crescendo with Macklemore. His collaboration with Ryan Lewis and Mary Lambert, Same Love, was a Triple J favourite, sailing high in the 2013 Hottest 100. Two things about this song marked a revolution in mainstream music’s acceptance of gay content. Firstly, it exists within a genre that has typically oppressed gay people: hip-hop (albeit the poppy end). Second, it was rapped to us by a straight man – not the usual pink ally in this Madonna/Cher/Kylie game. This made things interesting.

Macklemore seemingly wrote the song from a genuine place. He raps for “the day my uncles can be united by law”, and acknowledges the solidarity gap within his genre: “If I was gay, I’d think hip-hop hates me…A culture founded in oppression/Yet we still don’t have acceptance for ’em”. Until now, hyper-masculine hip-hop has been notoriously and heinously homophobic. Jamaican reggae and dancehall artists have been the worst offenders here. Buju Banton wants gay people shot. Sizzla wants them burnt to death. And, at the very least, Beenie Man wants gay people seriously injured. But enter some colourful characters on the scene – bisexual rapper Azealia Banks (who exploded into the charts with the expletive-packed 212 in 2012) and pop-star Nicki Minaj, who makes as many headlines for her character as for her music – and hip-hop begins to shimmer with the rainbow hue of diversity.

Colourful characters can bring with them colourful words – while Azealia was touring Australia with Future Music Festival, she was in the middle of tweet-wars with several gay commentators. She even told one gay commentator, who took her to task on her homophobic language, to “kill yourself, faggot”. In juxtaposition, Nicki Minaj defines her favourite alter-ego, Roman Zolanski, as a “blonde homosexual male from London, England, characterised as being far more outspoken (and perhaps malicious) than Nicki Minaj”. (That information is courtesy of Wiki Minaj, the free Nicki Minaj encyclopedia.)

Hip-hop is slowly marching on, but there are myriad other genres to consider. Queer in music seems to have stalled since the 1980s explosion, when Paris Is Burning, an incredible documentary of black gay sub-culture in 1980s New York City, inspired Madonna to plagiarise and Vogue with a troupe of black gay dancers. It was as if the gender-bending of Bowie and Boy George crammed enough queer representation into one short burst, allowing the following decades to rest on their laurels with commercial and meaningless mainstream pop.

As a general rule, any song that wants so much as a sniff of success must be about one thing: love. But same-sex love hasn’t yet been considered commercially lucrative – even, depressingly, by gay artists themselves. Commercial interest trumps artistic integrity every time. Artists – yes, even gay ones – tend to either keep it frustratingly subtle or gutlessly universal, or avoid the subject altogether. Elton wrote moving ballads about Marylin Monroe and Diana Princess of Wales – but never David Furnish. The Voice judge Ricky Martin told us she had the “skin the colour of mocha”, not that he’d rather be sipping latte with his papi. Even Boy George was too busy singing about reptiles to sing about men. It seems that traditionally, your look could be as outlandish as you liked, but a same-sex love lyric was a step too far.

On top of the scarcity of same-sex love songs, there is also a distinct lack of poignancy. Queer themes in songs are offered up as jokey camp fun. There is nothing wrong in that – step forward the Village People, Olivia Newton-John and both Minogues – but the time feels right for same-sex themes in songs to mature and embrace the profound. This doesn’t mean spelling it out every time, it could be the casual mention of a same-sex pronoun in a love song.

Lesbian visibility in music suffers a specific fate. Songs about Sapphic desire have largely had one objective: to titillate men. So bubblegum popstar Katy Perry can kiss a girl and like it, but also use gay as a synonym for crap when singing about her ex-boyfriend in Ur So Gay. Similarly, dancefloor queen Rihanna evokes same-sex raunch in Te Amo but won’t commit lyrically to lesbian love. Instead the singer shows up her poor foreign language: “Te amo / Wish somebody’d tell me what she said / Don’t it mean ‘I love you’?”

Canadian indie-pop duo Tegan and Sara, on the other hand, have caused waves of excitement because they give us the double whammy of twin lesbian music-makers. Along with Mary Lambert, the duo presents refreshing lesbian visibility in music that’s sweet and profound, rather than bearing the sole purpose of playing to straight men’s fantasies. Their success is encouraging.

And step forward the new queen, Ms Lady Gaga. Her name borrowed from gay icon Freddie Mercury, Gaga joined with Minaj to create a resurgence of gender-bending in music: her male alter-ego Jo Calderone sometimes turns up to awards ceremonies. I’m prepared to put aside my thoughts about the sound of her music (an over-produced racket) and her image (a style-over-substance drama student who got drunk and light-fingered in the props cupboard) and applaud her for championing inclusive content, especially Born This Way.

What will the future bring after this seminal period in mainstream music? Talent shows such as The Voice and X-Factor show no signs of slowing, and with reality TV comes real people, including gays and the gender-diverse. The Adam Lamberts (2009 winner of American Idol) of this world also have a desire to keep it real, rather than being spoon-fed lyrics by recording studios offering contracts.

When I worked in public relations, I was told by the editor of a major magazine that she knew for a fact that an internationally renowned R’n’B star was gay but would never come out because his career depended on his fan-base thinking he was straight. Clearly, same-sex love songs are still a way off in some genres. Same Love shows we are only at the protest stage. Once we have overcome that, perhaps it will be time for the celebratory same-sex ballad to hit the mainstream.

Australia has the opportunity to lead the way here. There are grass-roots musicians across the country tackling same-sex love with integrity and subtlety. In the same way Jamaican-born Island Records, the largest indie record label in history, became a juggernaut of the progressive music scene, an Australian label could choose to pioneer sexually diverse artists in mainstream music. The next gay anthem is still waiting to be written and it could be the biggest hit yet.

Gary Nunn is a Sydney-based journalist writing regularly for the Guardian and the Sydney Morning Herald. Gary previously managed media at Stonewall, Europe’s largest gay equality campaigning organisation, and he is the Australian correspondent on Gaydio, the UK’s most popular LGBTQ radio station.

This article originally appeared in Archer Magazine issue 1 under the heading ‘Justify my love’. Purchase your copy here.