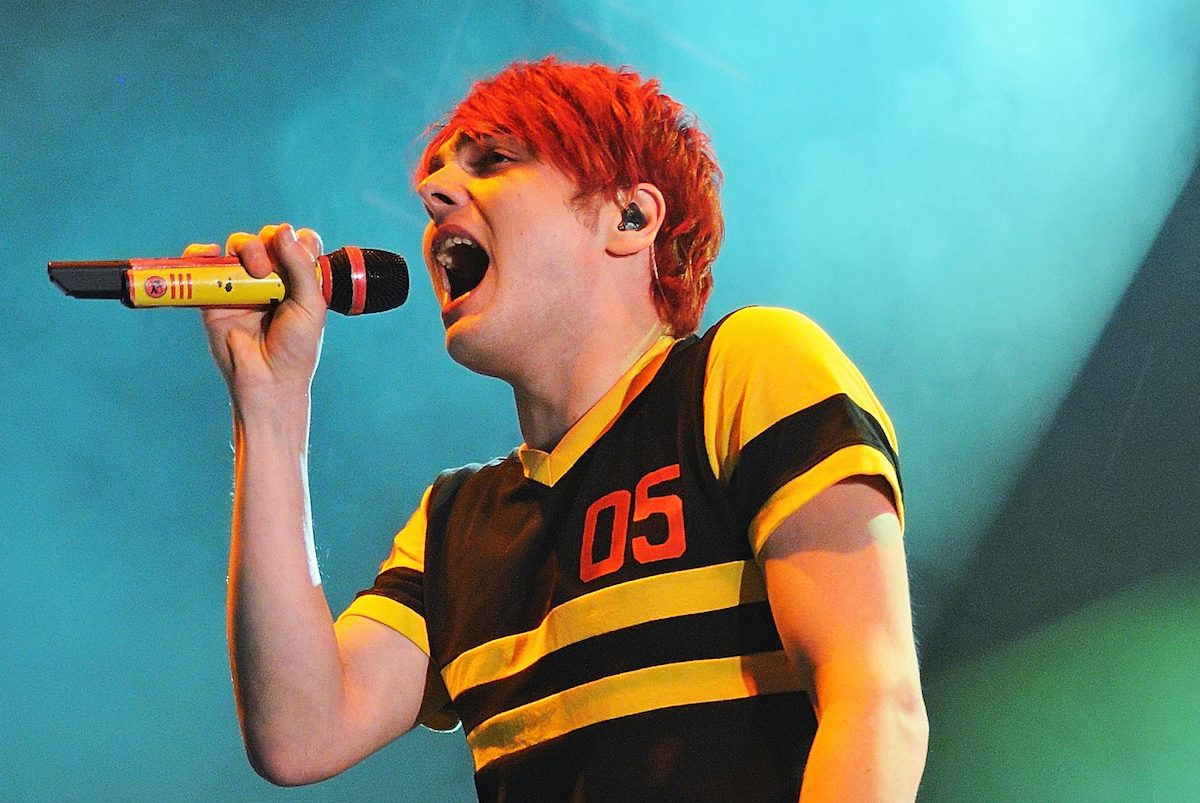 Play a high-G note on a piano and take a look around the room; you’ll see who the former emos are almost immediately.

My Chemical Romance defined ‘emo’ as we know it. Prior to their astronomic rise in popularity, emo was loosely applied to almost any music that played on commercial radio or sat under an already-defined genre.

Bands like Fall Out Boy, Death Cab for Cutie, Weezer and Panic! At The Disco are just some that fell into this category.

My Chemical Romance (MCR) blended elements of indie rock, punk, horror, gothic and noir to create a counter-culture aesthetic in the early 2000s.

The 10th anniversary of MCR’s fourth and final studio album, Danger Days: The True Lives of the Fabulous Killjoys, coincided with what would have been my ten-year high school reunion, had a global pandemic not occurred.

As the date drew closer, I found myself reflecting on how much My Chemical Romance defined not only a subculture but, on a more personal level, my high school experience.

They were the band that brought my friendship group together – a strange bunch of queer goth-slash-emo teens affectionally self-dubbed The Bra Tree Gang.

The tree we spent our lunchtimes under was named thus when Nicole christened it by whipping her bra off under her uniform, flinging it into the highest branches.

We blasted MCR at recess and lunch from fuzzy iPod Nano speakers and yelled memorable quotes from the video diary documentary Life on the Murder Scene (2006) down the halls at each other.

We lent each other copies of lead singer Gerard Way’s comic Umbrella Academy. Then we made loving coffee into a personality trait because Gerard famously loved coffee.

For many of us, The Bra Tree Gang was our first ‘chosen family’. We were each others’ queer life mentors – supporting one another through relationship turbulence, mental health issues and unsupportive families.

Being surrounded by nurturing friends who not only accepted, but celebrated, my queer awakening (literally – there was rainbow-layered cake and a lot of glitter) was the best thing that could have happened to me.

With his deliberately camp-y performance, love of makeup and flair for the dramatic, Gerard Way became an icon for countless baby queers. He helped so many of us come to terms with complex gender identities.

Michelle Kim wrote about the correlation between loving MCR and identifying as queer for them:

“After the band announced their reunion on Halloween 2019, I saw tweets from LGBTQ+ folks around the world claiming, in some way or another, that MCR either served as a queer awakening or fostered their queerness,” she wrote.

Perhaps it’s something to do with how unabashedly Gerard and MCR’s guitarist Frank Iero would make out on stage. Or how the theatrics of their music and performances would pay homage to so many queer-coded glam-rock influences.

Maybe it’s that MCR’s work deals so intimately with themes of depression, death, grief and survival, and that if you’re queer, you probably have a very particular relationship to those themes.

The band as a whole were also extremely vocal about LGBT+ rights. Frank was frequently photographed wearing a homemade ‘Homophobia is gay’ T-shirt, which The Bra Tree Gang made their own iterations of.

My Chemical Romance wanted to speak to and raise up every person who had ever felt outcast, downtrodden, or alienated.

Queer teens were a huge part of that demographic.

Gerard stated that their message as a band was: “It’s okay to be messed up, because there are five other dudes who are just as messed up as you.”

With the platform that the band grew to have, that was incredibly affirming and comforting for baby queers.

Despite the queerness of The Bra Tree Gang, the topic of gender identity never entered my orbit until I joined Tumblr. It was like a whole new-but-familiar way of seeing myself opened up.

Almost all the MCR fans I followed and interacted with were queer, and were exploring the confusing but often glamourous labyrinths of gender identity and presentation.

I started binding my chest sometimes, and it was uncomfortable, but good. I changed my name and put he/him and then they/them pronouns in my bios, testing them through the blogosphere before verbalising them IRL.

My Tumblr friends and I would have what we called ‘gender-fuckery’ parties over Skype, posing for webcam selfies in some ostentatious outfit or another.

We’d share tips about binding and recommend YouTubers who could teach us how to  contour more masculinely. We had these ‘parties’, all the while listening to Queen, Prince, Bowie and of course, My Chemical Romance.

The term ‘gender euphoria’ would describe the vibe of these parties pretty accurately. For me, gender euphoria isn’t something you experience alone, solely in your body: community and connection play a huge role.

MCR announced their breakup via their official website on 22 March 2013. My Tumblr feed was awash with heartache.

Fan theories of rifts between band members and fears of illness being behind the split appeared everywhere.

I mournfully scrolled on my phone between classes. My then-boyfriend Dan and I messaged each other about the news in all caps.

I ended up catching the bus to his house instead of going to my next class. We listened to the MCR discography in chronological order at least three times.

Gerard posted a lengthier musing about the ending of MCR on his blog the next day titled ‘A Vigil, On Birds and Glass’. Dan and I read and reread it together over strong coffee on his balcony.

It’s a bittersweet, personal essay-ish post that, if you’re ravenously speed-reading it to find concrete answers as to why the band broke up, yields little. You have to read it slowly, maybe multiple times.

In the post, Gerard describes his grief at the official end of MCR. There’s a quick distraction from the grief via the chaos of a wild bird entering his house, and his family chasing the creature around their home in attempts to show it the way out.

He writes about how MCR was ‘time-contained’ – something that the band members all needed at that point in time, but that the time had ended.

The first line of the first song MCR ever wrote and recorded was, “You’re not in this alone.”

He felt the band had said and done everything that they needed to. So, after leaving us on the uplifting note of Danger Days, they called it.

Maybe like My Chemical Romance, The Bra Tree Gang was time-contained.

Each year, the eldest among us graduated and dispersed to different colleges; diverging friendship groups, creating new relationships, shaping out individual paths.

College allowed far more freedom and expression of individuality, with no uniforms or detentions. We were no longer being monitored by authority figures who were more invested in the school’s reputation than students’ health.

Teachers seemed to want to help us, not discipline us. It didn’t feel like ‘us’ against ‘them’ anymore.

We didn’t need to hold our ranks so rigidly in this new environment. Here, our individuality was celebrated, not something to be stamped out lest it disrupt the status quo.

For queer people trying to exist and survive in an often-hostile world, it’s vital to honour our grief, alienation and anger.

But it’s also vital, maybe even more so, to fortify ourselves by making joyful homes out of our bodies, uplifting and loving each other and adopting a ‘fuck you, I’m fabulous’ attitude.

For me, My Chemical Romance covers all those bases. When I think about the early days of experimenting and coming to terms with my sexuality and gender presentation, I think of The Bra Tree Gang and shared crumbly eyeliner.

I hear the aerosol hairspray. I hear Danger Days. It’s exciting and electric and full of friendship.

In this outfit, with these weirdos, with this soundtrack? Maybe as Gerard tells us in the second track of Danger Days, the future really is bulletproof.

Vince Ruston (27) is a writer and editor living on Wurundjeri land with their spooky feline daughter, Persephone. They have been published in The Suburban Review, Kill Your Darlings, Scum-Mag, Rabbit Poetry Journal, and others. They were a recipient of the Wheeler Centre Hot Desk Fellowship in 2020.