On language: A note to the media 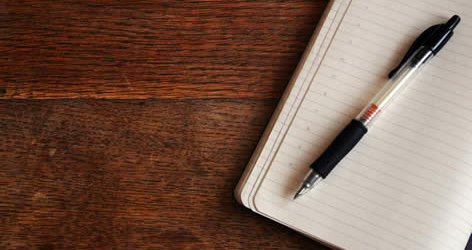 Guest blogger Teddy Cook was invited by Archer to blog on the media’s use of language.

THE TRANS* EXPERIENCE is as diverse as the population it represents. Remember this: we aren’t all ‘trapped in the wrong body’, we aren’t all desperate for diagnosis and surgery and hormones. We aren’t all connected to your ideal of what the world needs to look like in order to be ‘normal’.

Identity is a thread that can draw us together or pull us apart, like a tug-o-war. The winners with bitter blisters, the losers lost in the mud.

A popular idea of being trans* is that we are in a state of movement. A position that has started at one point and is heading toward another. In my case, I was born a tiny, blonde baby girl, elder of twins. My identical twin sister? Very much female. Me? Very much not.

I have always been diverse in my gender. I started out as the toughest tomboy out – grazed knees, dreadful bowl cuts, “Go Boonie!”, falling off my skateboard, escaping my mother’s obsession with horrid things like the hairbrush. Then I got older and that way of being in the world branded me ‘lesbian’. I wasn’t butch though, I’m way too clumsy for that. Not smooth and serious enough.

Oh how I tried, but oh how I failed. Lesbian wasn’t really right for me and eventually I found ‘queer’ and peace there for my sexuality. Ultimately then to ‘trans*’, which envelops me in an identity. Not a label, a connection to myself that works.

A quick aside, my gender and my sexuality are not part of the same thing. My gender is who I am, my sexuality is who I fuck. Make sense? I am a lad of trans* experience who is queer. Like you might be a woman who also happens to be a lesbian, or an intersex person who is bisexual, or a man who is straight. In a Venn diagram, gender and sexuality do not meet. So who do I fuck? To be frank, I’m actually pretty easy, but that’s beside the point. My long-term partner is a beautiful woman, my other lovers are men.

So I didn’t move from one place to another place. I traipsed up and down a spectrum called Gender and found a nook that worked and now I am me.

Now, a man, apparently. A fuzzy face, arms that can lift things previously only dreamt of, straining chest muscles against a white shirt, voice deep with testosterone.

Yet my friends who know that this medical intervention isn’t for them – I honour their space and hold them as my brothers and sisters.

On the notion of ‘passing’. The strive to be read as our identity. The desire to blend in, be part of, be skipped in the categorisation of ‘other’. The journey toward outsides matching insides. The change so that You, society, can be more comfortable with Us. To ensure safety.

So for my people who don’t, won’t or can’t… what about them? My trans* sisters who are bullied, maimed, murdered because they don’t look or sound like your tiny file of ‘woman’. The terrifying journey to pee without fear. For some, impossible.

The media is fascinated by us, seemingly unaware that we have existed since the Ancients rolled out of Africa as people of Two-Spirit. Obsessed with who we were, our past. Historical bodies, historical names. Born Sarah, now Ted, like it matters. Like this history makes us exactly who we are. It doesn’t.

‘Transgendered’ – as if my sense of self has somehow happened to me. A verb. I didn’t ‘trans’, I am trans. An adjective. A ‘transgender’? No, I’m not a noun either. An adjective. I am a transgender person, a trans* man. Actually I’m more of a dandy fellow who happened to be born a gal, but whatever. Close enough.

Chalk your rainbow crossings, debate gay marriage, celebrate the glitter. Just don’t forget that trans* and also intersex people are some of the most vulnerable and marginalised within that rainbow. The most obviously ‘different’ are those most at risk of harm.

I value and appreciate inclusive practice. I know that swathes of people are just trying to get it right. Hear this then when I say that language is important and has a profound effect on those you are trying to affirm. It is not political correctness. It is a decision to move toward a space of respect.

If there’s a topic you’d like to blog about, send your pitch to amy@archermagazine.com.au