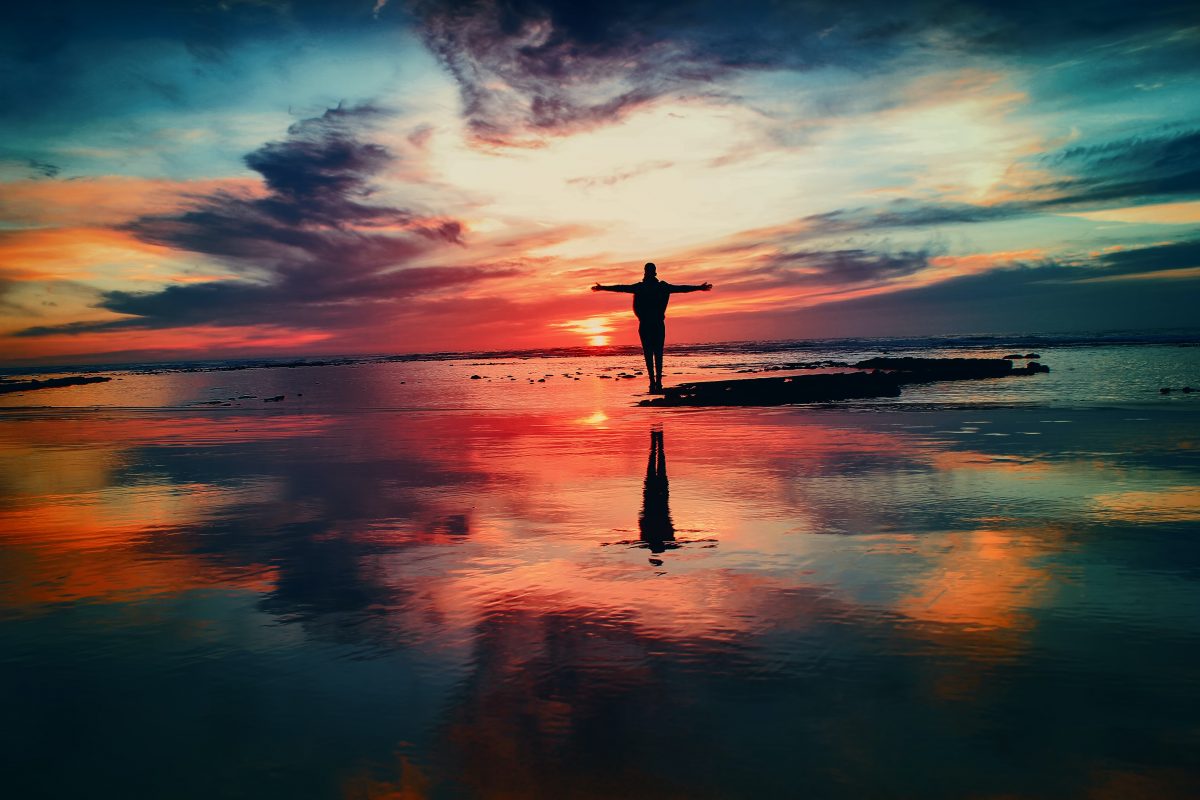 It started with cheese. Innocuous cheese; brie, cheddar, parmesan. I got stomach aches from each of them.

Initially, I didn’t really think anything of it. Maybe I was developing an intolerance to lactose – at worst, something that would warrant a GP appointment and a minor freakout that I might have to stop drinking strawberry milk. It certainly didn’t feel worth mentioning to anyone.

In the meantime, I simply cut cheese out of my diet. It felt like a logical solution, but the stomach aches persisted, and I had no luck isolating the culprit.

Next it was broccoli. Then cereal, then meat. It would happen at work, in social situations, and after checking the daily COVID statistics.

I couldn’t figure out the pattern.

I obsessed over finding the right amount and type of food to avoid these dreaded stomach aches. I would try to eat things in the ‘correct’ way; chewing very carefully or arranging my food in specific formations.

The less I ate, the worse the stomach aches got when I did eat, and the more bloated and nauseous I felt. The sicker I got, the more I blamed food for my mystery illness.

It is incredibly hard to explain to people that you’re terrified of chewing and swallowing, or that you need to eat in a birdlike fashion to keep yourself ‘safe’. A series of maladies had made my kitchen feel unsafe too: a shattered stovetop, a bee infestation, a flood.

All the while, it seemed like everyone had moved on from COVID, yet I was just as anxious as ever. The world closed in, and I closed over.

I was unable to work. I fainted during yoga. I could no longer walk my dog safely. By the time I got my blood pressure measured, I was a falls risk.

I was hospitalised for a month. All from a pesky, persistent stomach ache.

I never wanted to lose weight. It’s hard convincing others of that.

Although I’d struggled with disordered eating as a teen, I foolishly thought I was past the point in my life where this issue could touch me again.

But stress often calls upon old coping mechanisms or, in my case, re-awakens a nervous stomach.

It is most often associated with children with autism spectrum disorder or other sensory processing disorders. While I am autistic, I’ve been an adventurous eater for most of my adult life.

I’d always considered myself lucky that my sensory issues didn’t affect my diet very much. But like any other eating disorder, ARFID can develop at any time, and I was inevitably at high risk given my diagnosed tendency to cling obsessively to rules and rituals.

In some ways, my autism made it harder to spot – it wasn’t clear to me or my loved ones how these rules and rituals had intensified beyond my personal norm.

It all seemed so logical at the time. After all, my fear of eating was semi-rational (or semi-irrational, depending on how you look at it).

I was hospitalised with ARFID over Christmas and New Year’s Eve, a time where food plays an even bigger role in social life than usual. Life was punctuated with clinical observations, nausea meds, and bargaining for time at home with my family.

Three times a day, I undertook exposure therapy – that is, mealtime. Each meal felt like force-feeding.

I had no hunger signals, even with regular eating. I have since been using medication to support my appetite, despite my complicated history with psychotropic drugs.

I still feel incredibly alone in my illness, even with amazing support around me.

When I search for ARFID resources, I find guides for parents on diversifying their child’s diet. There’s very little information for or about adults. And when I attend eating disorder support groups, the usual conversations don’t resonate with me.

Eating disorders have a unique stigma about them. Often, this stigma is steeped in misogyny and fatphobia.

If someone is struggling to meet other basic needs, like sleep, it’s generally treated without shame and blame. But when food is the issue, people can be quick to judge.

It was clear during my time in hospital that even some mental health nurses saw my eating difficulties as petulant.

‘Were you compliant with breakfast?’, one nurse would regularly ask, as if I were a dog failing to obey a command. There was little acknowledgment of my own distress in her framing of this question.

How could I explain to her that it wasn’t about compliance, but an extreme difficulty to tolerate solid food in my mouth? That my throat felt like it was closing over? That my body was screaming with alarm bells from the texture of food? That my head was flooded with thoughts of death and disease and danger?

I spent hours sitting in front of meals, pushing myself to eat 25%, then 50%, and later 75%, all the while feeling as though it were an unnatural act.

It’s easy to underappreciate something so ordinary until it’s gone – the same way I don’t appreciate my breathing until I’ve got a blocked nose.

ARFID can manifest in different ways.

Some people eat tiny portions due to impaired hunger signals. Others have limited ‘safe’ foods and fail to meet their nutritional needs, or experience extreme fear of the negative consequences of eating. ARFID can also develop as a response to an adverse eating experience, like food poisoning or choking.

Queer people are particularly prone to eating disorders, but I fear that this statistic has a narrow focus. It doesn’t capture the whole picture, including unspecified eating disorders, ARFID, and pica, just to name a few. And it perhaps doesn’t reflect disordered eating more generally – not necessarily diagnosable, but still detrimental to health and wellbeing.

I also wonder about the link between eating disorders and trauma. The act of putting something in my mouth felt extremely distressing, and it’s not lost on me that eating is, in a weird way, a form of penetration. Trauma is also something that queer people tend to carry, myself included.

I’m lucky to be receiving treatment at all. ARFID isn’t covered by Medicare’s Eating Disorder Plans, despite the fact that it’s just as harmful as any other eating disorder.

There are personal stories that aren’t accounted for in the recorded statistics. And the arbitrary diagnostic delineations leave some of us out of support and subsidies.

I am challenging my ARFID. Slowly. Surely.

It is exhausting, depressing, and expensive. And it still feels alienating; I don’t know anyone else with this type of eating disorder.

It’s not exactly relatable to say, ‘Hey, do you ever feel like the sun is going to explode if you put a piece of roast pumpkin in your mouth?’ or, ‘Do you ever cry and run away if you spill food on yourself?’. But if any readers do relate, I feel you.

My relationship with food has shifted. I’m learning to trust myself again. My brain still obsesses over food all the time, but it also needs to learn to trust that I will feed it.

I’ve been treated by the mental health system for a very long time. I have decent knowledge of mental health, I’ve had a lot of therapy, and I’m pretty self-aware. Despite all of this, I was still blindsided by psychosomatic symptoms. I still restricted without realising how bad it was. I still developed an eating disorder.

And despite all of this, I will still recover.

If this article brought up difficult topics for you, you can call Butterfly Foundation’s National Helpline on 1800 33 4673.

Alex Creece is a writer, poet, collage artist, and average kook living on Wadawurrung land. She also tinkers with other people’s poems as the Production Editor for Cordite Poetry Review. Alex was awarded a Write-ability Fellowship in 2019 and a Wheeler Centre Hot Desk Fellowship in 2020. A sample of Alex’s work was Highly Commended in the 2019 Next Chapter Scheme, and she was shortlisted for the Kat Muscat Fellowship in 2021.